Curly Burley Not In The Clear Yet

Regular visitors to Zelo Street may remember the little local difficulty encountered by Cannock Chase’s Tory MP Aidan Burley in late 2011 when he was sacked as a PPS after it was revealed that he not only took part in a Nazi-themed stag party at a restaurant in the Alpine resort of Val Thorens, but was the one who provided the SS uniform for one of the participants. 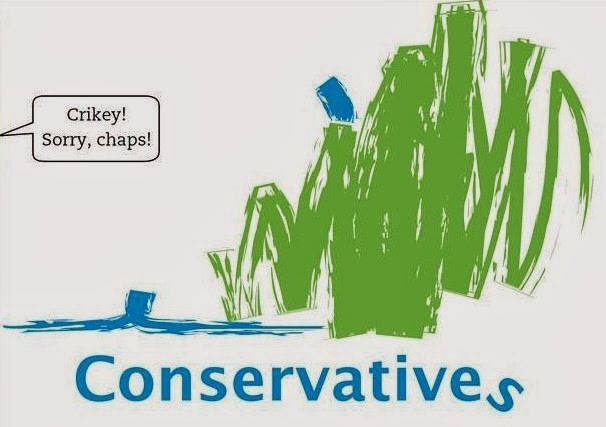 One group who most certainly remembered Burley’s gaffe – as he had tried to tell them how very sorry he was before his uniform hiring exploits were revealed and he got the boot – was the staff of the Jewish Chronicle. With the court case faced by Mark Fournier, the one who wore that SS uniform, coming to a close last month, the JC urged the Tories to “Come clean on Aidan Burley”.

And the JC observed that “Mr Fournier’s lawyer argued that it was unfair that his client faced prosecution because it had been Mr Burley, he alleged, who bought the outfit”. Well, Fournier got suitably guilty and has been fined €1,500 for “wearing a uniform or insignia of an organisation guilty of crime against humanity”. He must also pay €1,000 to an organisation representing Holocaust victims’ families.

But the Tories have taken the JC’s advice and published Lord Gold’s report on the affair, in which he concludes “that Mr Burley's conduct caused deep offence and that he acted in an unacceptable and offensive way … Mr Burley is not a bad man, still less a racist or anti-Semite. However, his actions were stupid and offensive, and the conclusions and recommendations reflect that”.

Not surprisingly, Labour MPs like Ian Austin are unimpressed: “He claimed at the time that this event was a fancy dress party, and he told his constituents and the Jewish Chronicle that he had not known what was going to happen. The trial in France and this report shows neither of those statements was true and it beggars belief that anyone should believe him now. His behaviour was an absolute disgrace”.

And sadly for the Tories, Burley, rather than keeping schtum and not digging himself in any deeper, has ignored Healey’s Dictum and told the Express And Star “The point I was trying to make to the Jewish Chronicle was that there was unacceptable behaviour by some of the other guests in trying to do a toast to the ideology of the Third Reich”. Yes, he bought the uniform but it was someone else’s fault.

Then he really sold the pass: “It was done in the spirit of mocking the Nazis”, to which I call bullshit. And remember, that’s his most widely-read local paper in which he’s trying to spin that rubbish. He also put his foot in it on the Olympic opening ceremony, whining that it was “leftie multicultural crap”. But even if the Tories stick by him, Burley’s real test is next year with his electorate.

Whether Cannock Chase wants a serial liar to represent it is rather doubtful.

[UPDATE 1435 hours: Ian Austin has not merely commented on the Gold Report into Aidan Burley's conduct, but has also written to the Tory peer, and the full text of his letter has been published by Political Scrapbook.

As Austin points out, Burley made a number of assertions, which Gold accepted, but which were shown later not to have been true. For this alone, Austin's claim that the Gold Report is a "whitewash" is both credible and damning.

Moreover, that an MP from a nearby constituency - Ian Austin represents Dudley - is on the case is bad news for Burley, as Austin's pursuit of the issue means it is more likely that his views will get into papers like the Express and Star, and also into election literature next year. Of course, Aidan Burley could jump before getting pushed. This may yet come to pass]
Posted by Tim Fenton at 10:49