Gove Polecats Out Of Control

Chief inspector of schools in England Michael Wilshaw has made a very important discovery, and one that, had he read this blog, would not have come as a surprise to him, that Education Secretary Michael “Oiky” Gove and his retinue of polecats do not exempt even Gove’s own appointees from their routinely unpleasant campaign of undermining and counter-briefing. 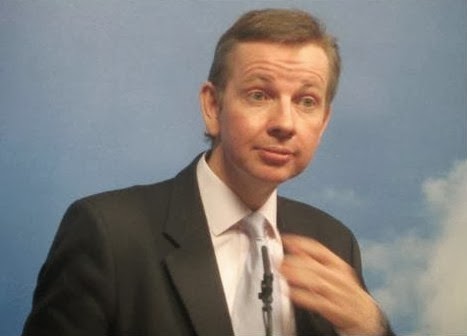 Yes, "Oiky", your polecats. Paid for with our money

The Murdoch Times “said two right-leaning think tanks were to criticise Ofsted - and one would call for it to be scrapped”. To no surprise at all, one of these less than august bodies is Policy Exchange, which sprayed much of its credibility up the wall when it told that northern cities should give up trying to exist and their populations should all move to a larger version of London. 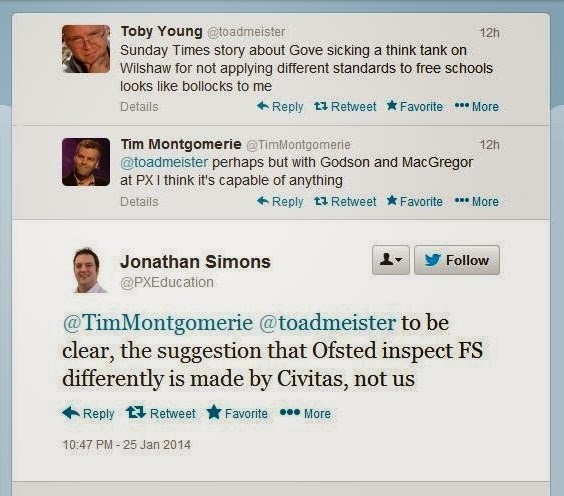 And whose creation is Policy Exchange? No surprise here either: it was founded by “Oiky” Gove himself. Ofsted should be reformed, the wonks “claiming it was trapped by 1960s ‘progressive’ approaches to learning”. Schools were “being held back by child-first orthodoxies among inspectors, who were stifling innovation ... the current inspection regime placed disproportionate pressure on teachers”. 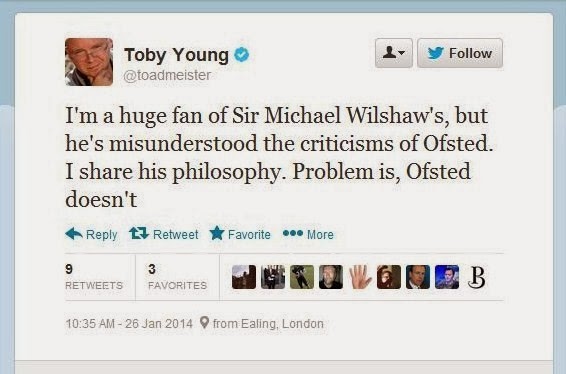 All of this could have been extracted from the nearest bullshit quote generator, and probably was. And Wilshaw is quite clear who is behind the attacks: “he suspected the think tanks were being ‘informed by the Department for Education’ – ‘possibly’ Mr Gove's special advisers - and that he was ‘displeased, shocked and outraged’”. He did not mince his words in responding to the attacks.

So what has been the response from “Oiky” and his pals? “A source close to Mr Gove told the BBC it definitely was not the case that the education secretary or anyone near to him had encouraged the attacks”. Note that there was no denial that Gove’s polecats directed the attacks, or authored them. And remember, the @toryeducation Twitter feed gave the game away on this last week. 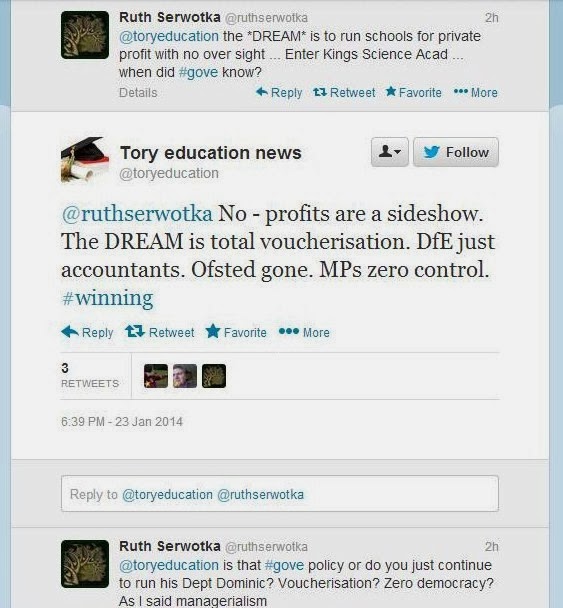 “The DREAM is total voucherisation. DfE just accountants. Ofsted gone. MPs zero control”. Yes, Dominic Cummings and Henry de Zoete don’t want any pesky regulators sticking their bugle into their ideologically pure Free Schools, whether or not they are crap, corrupt, teaching creationism, or a total shambles. They are behind the hatchet job on Wilshaw. And they are clearly out of control.

As I said, it can only get worse. Who will bite the bullet and sack Gove? Dave?!?
Posted by Tim Fenton at 17:32

"As I said, it can only get worse. Who will bite the bullet and sack Gove? Dave?!?"

And upset Rupe again just when it's rumoured that the BSkyB bid may be on again?

How long will we have to wait before state run schools in areas where Gove et al have allowed unnecessary new schools are closed to save money? The more I think about it the more I'm convinced that that is the longer4 term aim.