As the media empire of Richard “Dirty” Desmond prepares to extract as much dosh as it can from another exhumation of the mostly dead format that is Celebrity Big Brother (CBB), one of the housemates stands out like the proverbial sore thumb: step forward the Betty No-Mates of the Mail On Sunday, Liz Jones. Why they asked her is the easy part: why she accepted is not. 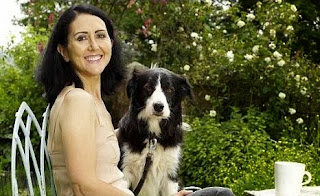 Meanwhile, the Daily Star, official CBB paper, promises readers “CELEBRITY Big Brother is back– and this time, fireworks are set to fly with a gang of boobylicious, gobby housemates”, emphasising the presence of Sam Faiers (who was on TOWIE), Luisa Zissman (ex The Apprentice, so maybe the next Katie Hopkins) and Casey Batchelor, who has an unfeasibly large chest.

Very few people will have heard of them, of course, so there have to be some actual names to make up the numbers, like Jim Davidson (again), Evander Holyfield (did they tell him what was involved?), Ms Jones, and Lionel Blair, so often the butt of innuendo on I’m Sorry I Haven’t A Clue (cue the one about his talent for impressions, and that he once pulled off Twelve Angry Men in Just A Minute).

But it’s the acceptance of Liz Jones that may be the most revealing. She was clearly asked because of her unerring ability to piss off anyone within a fifty mile radius of her North And South. But if she’s as well off and contented as readers of the MoS are led to believe, why is she subjecting herself to an open-ended period of regular ritual humiliation, and to the benefit of Dirty Des?

Maybe a mixture of reality and desperation is setting in chez Jones: she has just regaled MoS readers with the news that she has, for once, spent Christmas with a male partner, and the he not only smokes but eats meat. After all the vitriol she poured over Ms Jack Monroe recently, the latter may allow herself a raised eyebrow at Ms Jones’ sudden tolerance of carnivorous human beings.

And in the same article she also told that her dogs have a full-time “dog sitter”, which she will have to open her wallet to pay for. After pouring all that money into the place in the rural south-west, keeping a property near London, and moving her menagerie to North Yorkshire, perhaps the incomings are having difficulty keeping pace with the outgoings, to which two more dogs have just been added.

In that case, it is to be hoped that she’s extracted a suitably significant wedge from Dirty Des’ empire, and mustered her excuses for when she next bumps into the legendarily foul mouthed Paul Dacre. It’s fascinating to see how age finally brings some of those resistant to the real world back into its orbit. Hopefully Ms Jones will not tee off the CBB housemates too much before escaping to spend her fee.

And then she’ll be teeing off everyone else. So no change there, then.

[UPDATE 5 January 1710 hours: to show the weird world in which Liz Jones lives, she has told the Daily Star that her difficulties in the Big Brother house will be "people eating meat, people using the bathroom". Er, what?!? Yes, she says, "I'm very OCD". She managed for three days at Glastonbury without taking a pee, which I'd rather not have found out, thanks.

On top of that are the delusions of fame: "I've had a few run-ins with Rihanna and Kate Moss". Both these names may well be looking in and asking "Liz who?" right now. But she wants readers to know that she once interviewed Bruce Willis "who was quite scared of me". And she's looking at CBB "like a really bad holiday at Butlin's".

Where do you start? Some people will do anything for money. And Liz Jones really is one of them]
Posted by Tim Fenton at 13:09

Let's face it, she's got to find some more c**p to write about.

You sure it is not all a mistake and she was signed by her agent for CBeeBies to frighten the kids?