Nigel “Thirsty” Farage appeared before the inquisition of Dermot Murnaghan on Sky News (“first for breaking wind”) yesterday morning, when he was read extracts from a speech with which he appeared to agree. To his apparent surprise, that speech was the one given in Birmingham on 20th April 1968 by one John Enoch Powell, which is more usually called the “Rivers of blood” speech. 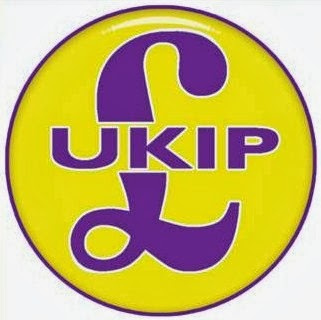 Those in the Conservative Party who believe there can be some kind of accommodation with UKIP – that would be, for instance, the loathsome Toby Young – should pay attention to Farage’s agreement: Powell was sacked from the opposition front bench after making that speech, which then Tory leader Ted Heath described unequivocally as “racialist”.

In his speech, Powell claimed to quote from a discussion with one constituent, and a letter from another, but neither could be found by the many reporters who descended on his Wolverhampton constituency in the following weeks. It therefore has to be assumed that Powell had, to a greater or lesser extent, exaggerated the stories or even made them up for effect, which just makes his remarks worse.

His conversation was with a man who told “In this country in 15 or 20 years' time the black man will have the whip hand over the white man”. Given the clear parallel with slavery, that remark was loaded, as was Powell’s repeated reference not just to immigration, but what he called “re-emigration”, or in other words, forcing immigrants to return to the country from which they came, or somewhere else.

He also railed at the then Government’s proposed legislation to end discrimination – what became the Race Relations Act. For Powell, employers, retailers, publicans and property landlords operating a colour bar – or barring those with an Irish accent – were not a problem. And the language employed to frighten voters with Very Scary Numbers will be all too familiar to many.

“In 15 or 20 years, on present trends, there will be in this country three and a half million Commonwealth immigrants and their descendants” (for “Commonwealth”, read “black and Asian”) ... “There is no comparable official figure for the year 2000, but it must be in the region of five to seven million, approximately one-tenth of the whole population, and approaching that of Greater London”.

Enoch Powell would have fitted right in with the Express, Mail and Telegraph rabble-rousers. And Nigel Farage has backed the “basic principle” of it, so presumably he’s happy with the discrimination, scaremongering, and downright dishonesty of the exercise. Any Tories that had contemplated an accommodation with UKIP should take a long, hard look at Powell’s words, and think again.

It’s a great pity that most of the press won’t do the same. No surprise there, then.
Posted by Tim Fenton at 10:33

"neither could be found by the many reporters who descended on his Wolverhampton constituency in the following weeks. It therefore has to be assumed that Powell had, to a greater or lesser extent, exaggerated the stories or even made them up"

I don't think that is the only possibility, or even a reasonable assumption. Absence of evidence is not evidence of absence, especially when there are both plausible reasons for that lack of evidence, and when the supposed absent thing is not unusual at all.

Anti-immigrant sentiment (motivated by racism or otherwise) is not uncommon. In Powell's day it was probably more widespread and certainly more socially acceptable and thus more explicit. It's not hard to imagine Powell had a number of interactions with his constituents similar to or exactly like those related.

In the context of the controversy which followed the speech, it's also easy to see why his sources may not have wished to identify themselves to the descending pack of Fleet Street's finest.

This might seem like nitpicking, but I think it's important we neither overestimate nor underestimate the number of people who supported Powell then and who support Farage today. While the former risks elevating UKIP beyond their real electoral significance and giving their message more publicity, the latter risks complacency towards (what I believe we both see as) a problem in this country.

The house that Powell described as that of the woman who allegedly had excreta pushed through her letterbox was quite distinctive. Yet nobody could find one like it.

And the "whip hand" remark was too convenient to his narrative to be a coincidence - in my opinion, of course.