If a supposedly mainstream pundit said “conditions for Jews in Europe must be made harder across the board”, the reaction would probably be a combination of disbelief, condemnation, and a thought that someone was just re-reading something from the 1930s. But that statement – with “Jews” replaced by “Muslims” was indeed made recently by a mainstream pundit. And he got away with it. 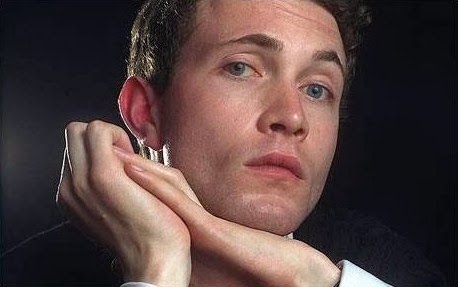 Behold the new face of intolerance

That pundit is one Douglas Murray, who has now been given a platform by Spectator editor Fraser Nelson. “There are certain things in Britain about which it is impossible to speak frankly. The birth rate of the Jewish population is a prime subject”. Sitting up straight, are we? Good. Then that instance of “Jewish” can be corrected to “Muslim”, which is what Murray actually said.

Had anyone really used the word “Jewish” in that statement about the birth rate, they would have been instantly condemned. Yet when Murray uses “Muslim” instead, he is merely “reporting ... a fact which most of our media refuse to touch”. Yes, Doug is just saying what ordinary people are thinking.

This “nicely demonstrates part of the pickle this country is in. Even the papers that will report on one of the biggest underlying stories of our time, and one which demonstrates an unprecedented change in the make-up of our country, must on all accounts be turned into a good news story. And since expressing any worries about the fact is undoubtedly terribly bigoted and nasty, we’ll all just have to nod our heads, keep our fingers crossed [and] mouth the same platitudes” he concludes.

Murray’s subtext – that Muslims are coming to get us by out-breeding the natives – is OK when it is the followers of The Prophet who are the target. So it should surprise no-one to see the more thoughtful of their number have put everyone straight on where he is coming from. Mehdi Hasan has noted that Murray encouraged the EDL, and that he referred to Islam in Europe as an “opportunist infection”.

This last led to the Tory front bench cutting its ties with Murray, and Paul Goodman taking on the pundit’s bigotry, drawing this response from Cristina Odone at the Telegraph: “The beauty of Britain lies in its tolerance towards all, Muslims and Murrays. But when the latter tries to eject the former, someone has to step in. Thank you, Paul Goodman, for doing so”. This, too, is significant.

That is because Ms Odone is a Roman Catholic: it is not so long ago that such an affiliation made its practitioners second class citizens in the UK. She therefore knows all about prejudice towards religious minorities. And that is what Douglas Murray is peddling, under the smokescreen of playing devil’s advocate and supposedly saying what all those ordinary people really think.

This is poisonous, rabble-rousing bigotry, and nothing else. That’s not good enough.
Posted by Tim Fenton at 11:19

I think it's worth noting further the extent of his extremism:

Muslims in Europe who for any reason take part in, plot, assist or condone violence against the West (not just the country they happen to have found sanctuary in, but any country in the West or Western troops) must be forcibly deported back to their place of origin.

I have no doubt that here 'The West' includes the state of Israel. Meaning that Murray's belief is that any Muslim who supports armed resistance against the Israeli military by Palestinians should be deported to their 'country of origin' - whatever generation of immigrant they are.

Murray spent several years claiming that parts of the speech had been 'taken out of context by my enemies', and even Private Eye believed him for a little while. A few years ago he eventually used the Amis defence - yes, he'd said all that, but he was very angry, so it's ok.

As far as I'm aware he still believs it all. He should be as taboo for the BBC as Anjem Choudhary.