Despite the HS2 project not being quite as visible over Christmas and the New Year, as sales and weather have relegated it to the inside pages, one hack can be guaranteed to deliver knocking copy: step forward Andrew “transcription error” Gilligan, today proclaiming “HS2: Government ministers sat on critical report by Department for Transport”. And, as the man said, there’s more. 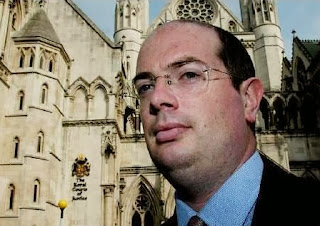 “The case for HS2 has been further undermined after a report is shown to have exaggerated its benefits” readers are told, although it would be more correct to say that one report suggesting there would be an economic boost following HS2 opening has had its conclusions questioned by the authors of another report. Neither report impinges on the business case for HS2.

So what’s the Gilligan deal? We know that a report was produced by KPMG, which contained estimates of the benefits to those areas served by HS2. There was much discussion at the time as to how sound those estimates were. The report Gilligan is trying to paint as a smoking gun merely covers the same ground as those discussions. It does not undermine the business case.

When Gilligan says “the case for HS2 has been further undermined”, then, this is not true, although I’d stop short of playing his usual trick and shouting “liar”. In fact, despite all the verbiage, Gilligan does not actually mention the business case – which has been repeatedly revisited, to demonstrate its soundness – once. And his supporting analysis is shaky.

To try and disprove the assertion that HS2 will be integrated into the existing rail network, he spins “HS2 will not even run to the main rail station in five of the seven major provincial cities it serves”. Seven major provincial cities? Birmingham, Manchester, Derby, Nottingham, Sheffield, and Leeds makes six. And only in the cases of Derby and Nottingham will the HS2 station be out of town.

Then we get carbon emissions. Car and plane journeys are discussed. Gilligan notes that four planeloads are estimated to switch to HS2, then dismisses this with “there are ... few [flights] between London and Leeds or Manchester” Fifteen on a weekday from Manchester, actually. And once again, freight is forgotten: one large cut in emissions will come from moving more of it by rail.

And finally, Gilligan lets his readers know that the critical report that drove the whole article was about a different KPMG study, not the one he cites. But someone commenting on a blog post on the website of a firm that used to do work for the Government on HS2 said something critical, so this is included and elevated to the status of signal importance. Same old Gilligan.

He must be going through trousers at this burn rate, so no change there, then.
Posted by Tim Fenton at 17:37

It's all getting a bit predictable now. A business case was done using fixed rules set for previous projects to decide if HS2 was value for money. It concluded it was. Foul, cry opponents. The business case didn't take into account things that government don't allow them to consider, so it must be wrong.

So another business case assessment is done by KPMG, this time free from government constraints on what it can and can't consider. It concludes HS2 is value for money again. Foul, cry opponents again, it considered things that the government wouldn't allow to be considered using the standard business case model, so it must be wrong.

It seems (well, it's bleeding obvious) the only business case assessment Gilligan and chums will accept is one where the rules are set in advance it gives them the result they want.