Apologise Quietly, Nobody Will Notice

Yesterday it was revealed that an article written by a very prominent and persistent critic of the EU had been amended to include an apology which effectively admitted that the author had been lying, and knowingly so. Most will not have noticed this, as both author and editor have said nothing, and you need to know the location of the original article to see the “correction”. 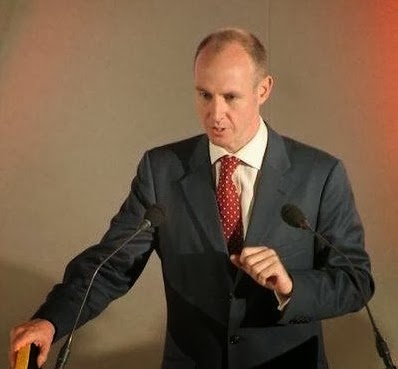 The Telegraph now admits this man is a liar

The whole saga began when MEP and occasional Tory Dan, Dan The Oratory Man used the platform given to him by the bear pit that is Telegraph blogs to smear Jonathan Portes of NIESR, which he grandly described as “a think-tank whose conclusions fall safely and predictably into the soft-Left BBC-approved part of the political spectrum”, over his relationship with the EU.

Put directly, the central thrust of Hannan’s argument was that Portes and NIESR took a pro-EU stance in order to continue to receive EU funding (readers will see a parallel with the arguments put forward to discredit climate scientists who receive public funding). Portes pointed out that NIESR did not take a particular stance, and secured its funding through competitive tendering.

Hannan asserted “Mr Portes strongly supports EU membership ... If he didn't, as I suspect he is well aware, he wouldn't get hundreds of thousands of pounds a year from Brussels ... None of this would matter if Mr Portes were not regularly trotted out, especially by the BBC, as representing some sort of neutral position”. It’s the usual bleating from a favourite of Fox News Channel (fair and balanced my arse).

And, as the man said, there’s more: “The EU firehoses a great deal of money at think-tanks, Jean Monnet professors, pressure groups and NGOs ... Mr Portes's organisation gets a great deal of money from the EU, and supports British membership of the EU”. This is a straightforward smear. And to Portes’ credit, he kept at the Telegraph, via the PCC, until he got a result.

That result is this wording: “After correspondence from Jonathan Portes, the Telegraph is happy to make clear that the National Institute of Economic and Social Research (NIESR) receive research funding from the European Commission on the basis of competitive tender not because they ‘support EU membership’. We apologise for any confusion”. That means Hannan was lying.

It is not the first time he has been caught being flagrantly dishonest. So what show of contrition was on view from Hannan and his editor Damian Thompson, clueless pundit of no fixed hair appointment, yesterday? Simples. There was none at all: both of them have kept schtum. The apology is hidden away in the hope the readers won’t notice. Had Portes not advertised the fact, very few would have seen it.

That’s real weaselling from the Tel and its pundit. No surprise there, then.
Posted by Tim Fenton at 10:53

One could ask Daniel Hannan how much he has earned from the right-wing American Enterprise Institute?