Gilligan – Whose Bidding Is He Doing?

That Andrew “transcription error” Gilligan is being given a platform by the Telegraph to smear Tower Hamlets’ elected Mayor Lutfur Rahman is not news: that he is doing it some time after being put on the City Hall payroll by his hero, London’s occasional Mayor Alexander Boris de Pfeffel Johnson, may be more worthy of attention – and more problematic for the Tory Party. 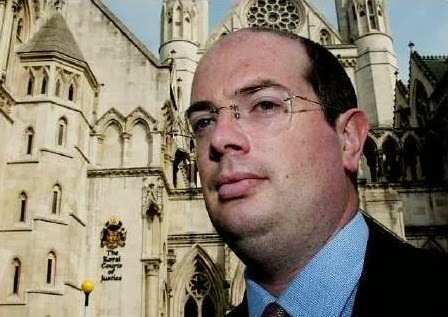 Waiting outside for his turn perhaps?

This is especially true, given Gilligan’s headline “Borough of Tower Hamlets: a byword for sleaze”. There is, to no surprise at all, no conclusive evidence offered up in support of this contention, but the usual Gilligan nod-and-wink suggesting Rahman is guilty of cronyism, that local Government finances are being misused, and that this is all down to those dastardly Muslims.

The mood is set at the outset as readers are told Rahman has “close links to Islamic extremism”. They are only “close” because Gilligan keeps doing the linking. Tower Hamlets is home, we’re told, to a “sinister redistribution of wealth by Britain’s most disturbing local authority”, although Rahman’s most vocal critic, apart from Gilligan, appears to be the leader of the Council’s opposition group.

Gilligan is in truly inspired form as he manages to blame Tower Hamlets’ move from conventional council to directly elected Mayoralty on the Islamic Forum of Europe, which he brands “extremist”. Then he smears the company which successfully tendered to buy Poplar Town Hall, because two of its shareholders know Rahman. Well, they would, wouldn’t they? He’s the sodding Mayor.

And the article is peppered with instances of “The council refused to respond to questions ... put to it by The Sunday Telegraph”, which actually means Gilligan’s been making a nuisance of himself again, officials at Tower Hamlets saw him coming, and he got told to shove off. If he’s got evidence of wrongdoing, he should bring it forward. He hasn’t, so he won’t.

The smears are at times desperate, such as: “One organisation that has received tens of thousands of pounds to run a ‘lunch club’ for Bengali pensioners and a ‘mother tongue’ school for 72 Bangladeshi children apparently conducts these activities from a two-bedroomed council flat”. They should go and rent a suite of offices as well? Sounds like rather good value for money.

Moreover, as mentioned earlier, the question of Gilligan’s employment at City Hall hangs over this article. The love of London Tories for laying into Lutfur Rahman and Tower Hamlets is well known: Harry Phibbs (he does? What a surprise) and Grant “Spiv” Shapps have turned this into an art. Gilligan now being in the pay of a Tory Mayor makes three.

What was that about “a byword for sleaze”? Another draughty glasshouse, folks.
Posted by Tim Fenton at 13:14