“Twenty-three years ago The Sun Newspaper made a terrible mistake. We published an inaccurate and offensive story about the events at Hillsborough. We said it was the truth - it wasn't ... It's a version of events that 23 years ago The Sun went along with and for that we're deeply ashamed and profoundly sorry”. Thus the apparent act of contrition from Rupe’s downmarket troops almost two years ago. 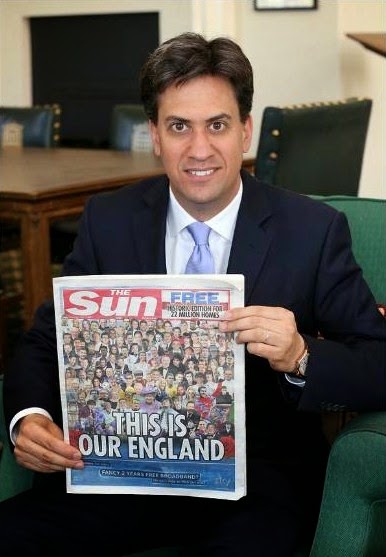 What caused the uproar

So, it appeared, the Murdoch press was genuinely sorry. There was a desire to build bridges with the people of Merseyside. But the people of Merseyside were not interested: then editor Kelvin MacKenzie had, as late as January 2007, refused to apologise for his infamous “The Truth” headline, and the equally unpleasant line of sub-headings. The paper remained a pariah across the region.

And then came last week’s Sun free edition, sent through the post to over 20 million homes across the country, an alleged celebration of England and Englishness, albeit filtered appropriately to suit and flatter its proprietor. Leaders of all three main political parties were shown holding a copy. And Labour supporters on Merseyside passed severely adverse comment on Mil The Younger for his participation. 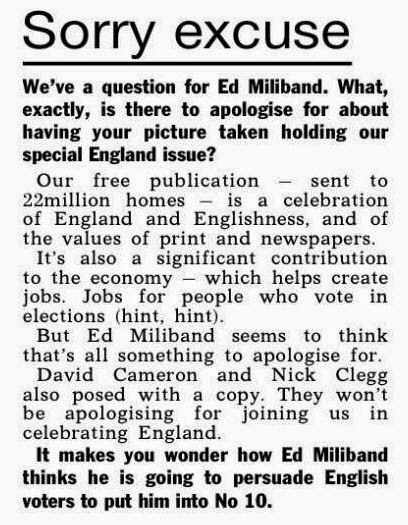 What The Sun Said

What happened after this point shows you just how sensitive the Labour leadership is to the situation on Merseyside – and how the Murdoch press is not. While Miliband was quick to acknowledge that his being pictured holding a copy of the reviled rag may have caused offence in Liverpool and the surrounding area, the Sun was equally quick to show it had forgotten its apology all too quickly.

Miliband’s spokesman told that “Ed Miliband was promoting England's bid to win the World Cup and is proud to do so. But he understands the anger that is felt towards the Sun over Hillsborough by many people in Merseyside and he is sorry to those who feel offended”. It was stressed that the Labour leader supports the efforts of those seeking justice for the victims of Hillsborough. 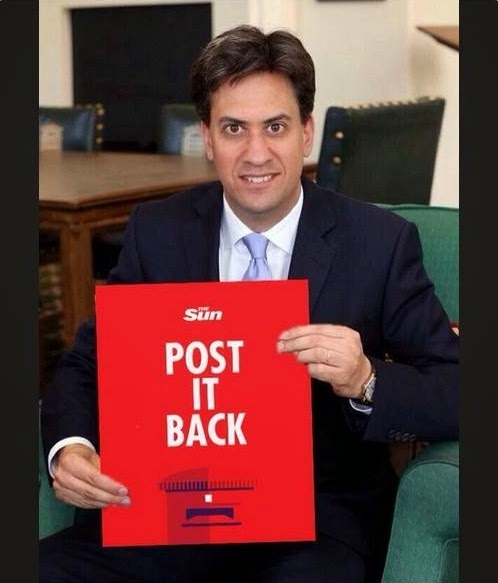 What he should have done

No such consideration was allowed to cloud the Sun’s editorial judgment: “We’ve a question for Ed Miliband. What, exactly, is there to apologise for about having your picture taken holding our special England issue? Our free publication ... is ... a significant contribution to the economy, which helps create jobs ... But Ed Miliband seems to think that’s all something to apologise for”.

And, as Jon Stewart might have said, two things here. One, the free promo Sun was cobbled together using the existing staff, so the job creation angle is bunk. And two, they knew exactly why he apologised, and to whom. But the Murdoch empire cares more about putting the boot in to Miliband than it does about the people of Merseyside – which tells you just how sincere their 2012 apology really was.

The Sun and its hacks couldn’t give a stuff about Liverpool. End of story.
Posted by Tim Fenton at 11:34

The situation is even worse than this. When did Sun post that editorial? It's not just those in Liverpool who are offended. Any one who has been a victim of the press or any member of the public who thought Leveson was necessary (lots!), are offended. And any one who cares about the judicial process is offended. Did any jurors in the hackingrial receive a copy?

After Leveson, how could any of the leaders have fallen for this. They are shockingly still enthralled by Murdoch to fall for this, knowing Murdoch would use it as marketing spin. He has claimed England as his own. I can't see any US politician falling for this.