Last week’s Oxfam Twitter campaign, which, as I noted at the time, provoked a number of less than totally alert Tory MPs to immediately plead guilty and decide that they were the ones who had to defend the “Perfect Storm” of zero hours contracts, high prices, benefit cuts, unemployment and childcare costs, when no one party had been accused, now has the right-wing commentariat in a terrible froth. 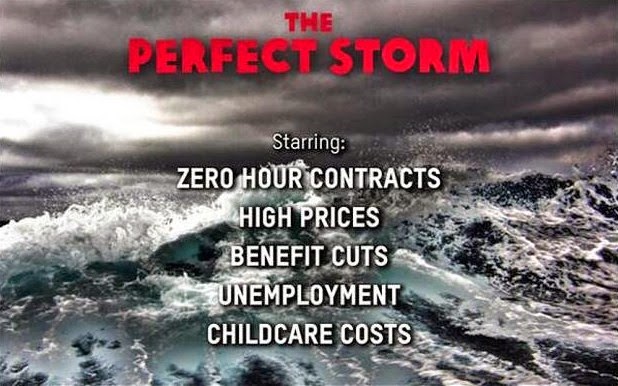 After the likes of Conor Burns, as always shamelessly trading on his having met Mrs T a few times in her latter years, had tried to suggest that a charity sticking up for the poor was engaging in political campaigning, a significant number of their fellow campaigners rallied to Oxfam’s support, signing a letter to the Times, published today. This had to be comprehensively rubbished.

So it was that yesterday afternoon the Guido Fawkes blog launched a pre-emptive strike: “Third Sector Media Tantrum – Labour’s Charity Allies Attack Tory MP” declared the headline. And which of the Fawkes rabble wrote this magnificently dishonest drivel? “Charity third-sector ... taxpayer-funded charity mafia”, with misuse of the hyphen and a blatantly false premise, identifies the culprit.

Step forward the odious flannelled fool Henry Cole, tame gofer to the perpetually thirsty Paul Staines. Only Cole has the oversized chip on his shoulder about the funding of groups he dislikes, together with that distinctive tendency to shonky grammar. And the rest of the post is no better: he picks on six of the letter’s signatories in support of his “Labour” smear. That’s less than 10% of the total.

And, as if Master Cole’s effort were not lame enough on its own, two more of those less alert Tory MPs have joined in: Priti Patel, self-promoting Member for Herself Personally Now, whined that “left-wing propagandists are hoping that so-called independent charities and other organisations can produce misleading campaigns to try to smear the current Government” at ConHome.

Ms Patel was supported by Dominic Raab, writing at the Spectator that “Oxfam sounds like an echo chamber for the Labour Party – and taxpayers aren’t there to subsidise that”. But both of them have already fatally devalued their stock by signing on to the infamous smear “Once they enter the workplace, the British are among the worst idlers in the world”. Irony is lost on some at Westminster.

What all these prize clowns have managed to miss is that not only is the current Government a coalition, but that the junior partner, despite its lack of popularity, has not jumped on the charity-smearing bandwagon. All we have here is a bunch of variously clueless right-wingers pleading guilty in response to a campaign that seeks to raise awareness of poverty, while accusing no party or politician in the process.

Oxfam is right to make us remember the poor, whether the right approves or not.
Posted by Tim Fenton at 13:36

Politics, from the Greek politikos, "of, for, or relating to citizens".

Innumerable MPs seem to have forgotten this, preferring to think that politics is best left to politicians like them, and the citizenry just need assuaging every five years to guarantee their continued employment.

If Oxfam rebrands itself as a think tank, there would be less of a fuss. Many politicians can work with those parameters.