Jimmy Savile And An Agreeable Currie

As the awful reality of what Jimmy Savile got away with at a number of hospitals over many years sinks in, and the realisation that nobody, young or old, male or female, or even living or dead, was safe from his activities, one former politician will be realising that, in the cause of personal ambition, she made a fateful and utterly wrong decision: step forward Edwina Currie. 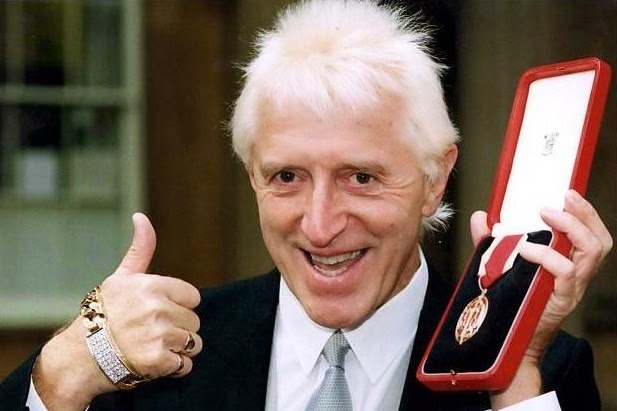 The woman who put the lead into “Shagger” Major’s pencil can now add to her achievements over the years her confirmation of Savile as head of a taskforce at Broadmoor high security hospital aimed at improving its governance. Whether he accomplished this task, what the appointment also did was to allow Savile free rein to prey on yet more vulnerable people.

Ms Currie must have thought she had scored maximum brownie points when the former DJ was given the Broadmoor gig. It was 1988, Mrs T was still in her pomp and firmly established in 10 Downing Street, and she was giving a key role to someone who regularly spent Christmas with the Thatchers at Chequers. The PM would be pleased at her decision. What could possibly go wrong?

Moreover, as the deeply subversive Guardian noted today, Ms Currie “was also supportive of Savile's promise to confront unionised prison officers about their working practices and issued a press release praising his work ending with the words ‘he is an amazing man and has my full confidence’”. Union bashing would also find great favour with the Tory leadership.

And while Ms Currie is now “shocked, surprised, startled, disgusted ... I wish we had never seen hide nor hair from him”, and “told the Guardian she was only responsible for the portfolio "for around four months" ... Most of the revelations were completely new to her, and his abusive behaviour was hidden at the time”, she had “thought his ‘blackmail’ approach to the POA was ‘a pretty classy piece of operation’”.

Strangely, Ms Currie had no problem identifying or talking about paedophiles like Mrs T’s former confidante Peter Morrison, who “had sex with 16-year-old boys when the age of consent was 21 and that he had been protected by a ‘culture of sniggering’. In her diaries, she called him ‘a noted pederast’, with a liking for young boys”. Did she not notice Savile? Or was she more keen on impressing the PM?

In any case, she now has a current MP on her case: “Labour MP Tom Watson said Currie and other ministers have further questions to answer about the access granted to Savile, who had senior political connections including a friendship with Margaret Thatcher: ‘In her naivety, it allowed a dangerous, predatory sex abuser unfettered access to some of the most vulnerable people in the country,’ he said”.

Edwina Currie can now repent at leisure. But the questions will not go away.
Posted by Tim Fenton at 17:32

Allowing criminals into roles of influence seems to be embedded in Tory leadership philosophy.

...and on the theme of criminals and access, it seems the Law Society had aked the Met to launch a criminal investigation into the dodgy letters sent by Wonga to debtors - although the City of London Police may be one step ahead of them. That's the Wonga owned by Adrian Beecroft, Tory supporter who got access to ministers in return for big donations.