Remember the indifference of most of the Fourth Estate to the Guardian’s revelations back in 2009? Most of their efforts were directed to slagging off the BBC for having the temerity to mention the story. We now know, several thousands of voicemail interceptions and one hacking trial later, that, far from being a “non-story”, it was one of the most serious abuses of media power ever seen. 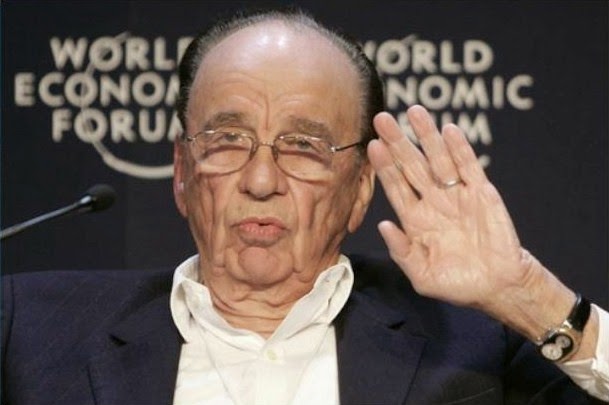 So one might have thought all those papers would be listening up when the same journalist who brought phone hacking into the open – Nick Davies – reported that “Rupert Murdoch has been officially informed by Scotland Yard that detectives want to interview him as a suspect as part of their inquiry into allegations of crime at his British newspapers”. He’s flying in today.

Yet the only mention of the Murdoch empire’s less than sparkling conduct is the front page of its own Times – no longer able to call itself a paper of record – trying to diminish the hacking trial by complaining about its cost, most of which was the hiring of a significantly-sized defence team by, er, the Murdoch empire. Yes, the Times is complaining about the largesse of its owners.

But does a pre-arranged interview with the Met really matter? Well, yes it does, as the Daily Beast has pointed out. “Scotland Yard is investigating corporate charges against the company” [my emphasis] ... after that, Jay Rockefeller, chairman of the Senate Committee on Commerce, says he is waiting to formally launch a congressional investigation into the company”.

The Met has previously intimated its readiness to pursue News UK, as it is now known following Rupe’s move to split his newspaper interests from his vastly more profitable broadcast media business, the company’s reaction being “a successful corporate prosecution ‘would be apocalyptic’ and threaten to ‘kill’ the corporation in both Britain and the U.S., costing tens of thousands of jobs”.

Yes, don’t come for us, or the ordinary hardworking people to whom we pay comparatively little will get it. It’s a strategy with very limited horizons: now that Andy Coulson has been found guilty, and several of his former colleagues have already confessed, it’s not going to hold back the tide of investigation much longer. A corporate prosecution Stateside will force the Met’s hand, whatever the defence.

And it will happen even if the press bands together and hopes it will all go away. While the Fourth Estate’s useful idiots sneered at the Guardian back in 2009, I said it was serious (you can read my analysis HERE, HERE, HERE and HERE). Now it is yet more serious. And it has the potential to draw other newspapers, plus their owners, into the mire. Rupe getting interviewed today opens a whole new chapter.
Posted by Tim Fenton at 10:37

Brand Murdoch may well be seen as weakened but that didn't stop little Gove from accepting lavish hospitality at the digger's Mayfair home only recently (where Gove - with quaint, boyish charm - fessed up to getting a little 'tipsy'). I wonder what was discussed at this most agreeable soirée. It can't have been Gove's Vera Lynn CD collection, surely?

Maybe Brand Murdoch isn't as toxic as the DB suggests.