Latest in the long line of Whizzo Wheezes from London’s occasional Mayor Alexander Boris de Pfeffel Johnson is the idea of “getting Medieval” on all those jolly rotten people who want to exercise their right to protest. Bozza isn’t at all happy about the idea of all those oiks taking to the streets in order to demonstrate their discontent, and so wants the Metropolitan Police to be duly prepared. 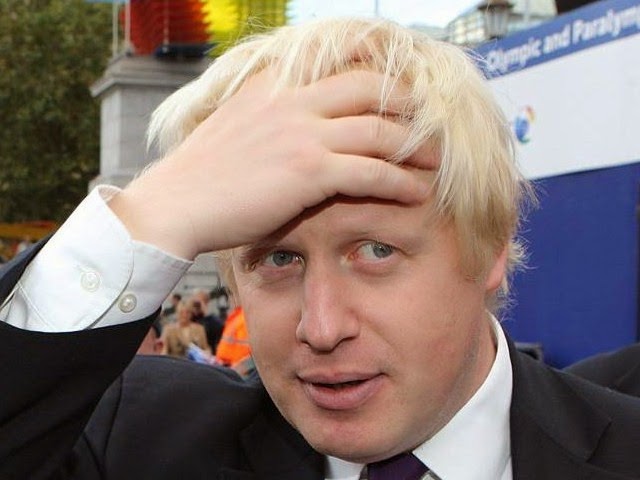 And the gizmo he wants to introduce into mainland Britain is the water cannon. But here a problem enters: Home Secretary Theresa May has decided she is not going to be bounced into making a decision, and has made it clear that she will weigh the evidence before giving the nod. So Bozza has gone ahead and committed to buying the things anyway, because they’re a bargain.

The BBC duly reported the good news: “The mayor's office said: ‘By purchasing them now we are able to save over £2.3m compared to buying new devices’ ... The cannon will be purchased for £30,000 each, as opposed to the cost of a single new one at £870,000.An additional cost of £127,000 will also be incurred to make them "fit for purpose" for use in London”.

So that’s that, is it? Well, no it isn’t: there were good reasons not to go along with the latest Bozza euphoria, as Adam Bienkov at politics.co.uk observed: water cannon would not have made any difference during the 2011 disturbances, they would deter peaceful protests, we’re not being told how or when they would be used, and at 28 tonnes all up, they aren’t the easiest fit for London’s road network.

But the main objection is that the things are dangerous: water cannon are not some kind of benign crowd control instrument, and here the deeply subversive Guardian has unearthed a disturbing fact. The reason the things are on offer at a knock-down price (as it were) is that the authorities in Germany deem them too dangerous. They are being replaced by newer and more sophisticated equipment.

After one protester was stunned and fatally run over by one of the devices, the investigation “revealed several flaws in the design of the water cannon had contributed to the accident: according to police officers, directing the jet of water at a specific target was ‘a matter of luck’, while undimmed engine noise and a cockpit layout meant those inside had only a limited sense of what was happening outside”.

Londoners are, surprise surprise, not being told of these shortcomings by Bozza and his pals. One cannot blame the Met for wanting to get its hands on the kit: ask the coppers if they would like more of any kind of power, and they’re not likely to say no. But, not for the first time, it seems that a Mayor whose only commitment to the job is photo opportunities and foolery has come up short.

Of course the cheapest (and in every sense) option for the Met would be to use rolled up free editions of Boris's fav (news)paper, although they (the unfree ones)have been used in the past to bang unwanted things into peoples' heads.

The only cost - employing Benji the Binman and his mates to collect them all up, other than those returned via Royal Mail marked "gullible readers not known at this address".

£127K to make them fit for purpose! What the hell are they doing, converting them to right hand drive???

some new stickers and new radios would be reasonable, what's the rest for?