Almost a year after the event, the report into the derailment of a Madrid to Ferrol train on the A Grandeira curve approaching Santiago de Compostella, in which 79 people died, has been made public. And it is a most conveniently worded document, telling “The cause was excessive speed and lack of driver attention”, while not addressing the more disturbing aspects of the accident. 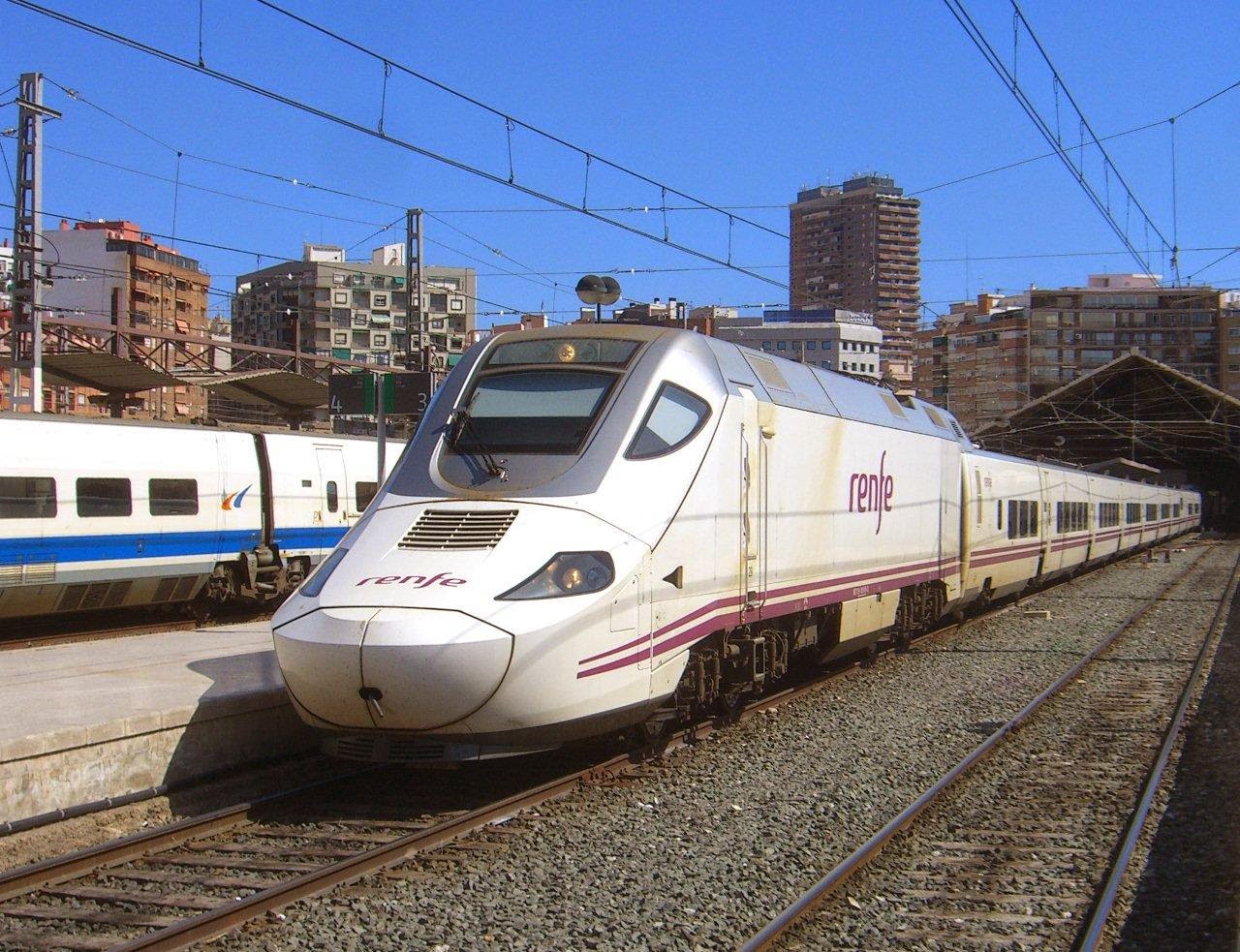 The train involved in the derailment was converted from a 130 series set, like this one seen at Alacant Terminal

We are told that “experts are recommending automatic braking systems”, but there is apparently no mention of the installation of the European Train Control System (ETCS) along most of the line from Ourense to Santiago, and that most of the trains working the sector were not using it. The ETCS sign-off point was approximately where the driver should have started to brake for the A Grandeira curve.

Moreover, the “automatic braking systems”, in the form of more “beacons” utilising the older AFSA safety system, had already been installed in the months following the accident to enforce the speed restriction. But the report focuses only on the inattention of the train’s driver, and the contribution of the guard in calling him on his company mobile – in flagrant violation of safety rules.

Signalling schematic of the accident area

So what is not being explored by the report? As I noted in the days after the accident (see HERE, HERE, HERE, HERE, HERE, HERE and HERE), there was the unreliable ETCS installation – although overspeed protection is covered – and the twin issues of survivability in the Talgo carriages, along with the stability of the generator cars used in the 730 series trains.

Of the 218 aboard the train when it derailed, more than one in three died and nobody, it seems, emerged unscathed. Those are horrendous numbers. Stories of parts of the carriage interiors coming loose during the derailment should concern anyone interested in passenger safety. Moreover, the kind of crumple zone protection used in many conventional high speed trains would not be possible here.

Modern Talgo trains have their suspension legs at carriage corners – part of the passive tilt system – so there is no crumple zone to reduce the shock of sudden deceleration. And then there are the diesel generator cars, added during conversion from straight electric trainsets to allow working beyond the limits of electrification. These derailed first, dragging the rest of the train off the track.

Talgo trains are renowned for their low centre of gravity and stability: without the generator cars, the train might not have derailed. But the report does not go there, and nor does it question the appallingly high incidence of injury and fatality. True, if maximum speed limits are observed, there would be no similar accidents. But we live in a world where human frailty demands we provide for the worst.

Just blaming the driver will not make the problems that I identified disappear.
Posted by Tim Fenton at 13:11

as a driver who joined the footplate in the late 70's, I can tell you that a 'blame the driver' culture has flourished in network rail (and predecessor railtrack)since day one of privatisation. it goes to extreme (and sometimes ludicrous)lengths to pin all responsibility for safety of line incidents on the poor sod at the front of the train. only when cornered after high-profile events (hatfield, potter's bar, etc)will it come clean about poor infrastructure / shoddy maintenance / systems failures.

depressing to see this type of cowardice evident in europe.

Look at the Chinook crash 20 years ago, the conveniently dead crew were blamed for years until MoD finally agreed it was a systems fault.

The bottom line in many countries is that if a civil servant is in the firing line someone else gets the bullet.

Thank you for bringing this up to date.

The post-accident installation of additional AFSA 'beacons' begs the question "why didn't ADIF have these in place before the accident, which they might well have prevented?"

The presence of the Angrois curve at the end of the high speed section raised the risk of an incident such as this. That increased risk was foreseeable by railway management, which should have mitigated it. Scapegoating Driver Garzon alone is, in these circumstances, a disgrace.

The conviction of Robert Morgan, the driver involved in the 1989 Purley accident, was eventually quashed some 18 years later, but only after he had spent time in prison. Hope the quashing of his conviction reflects a more enlightened attitude in this country at least.

Did Spain eventually get the railway contract that was dependent upon a clean safety record? Hope not.