So Farewell Then Juan Carlos

“You don’t know what you’ve got till it’s gone” sang Joni Mitchell in the early 1970s, and some in Spain may come to see that the sentiment applies equally to them, and their monarchy, after Juan Carlos, King of Spain since 1975, announced his decision to abdicate the throne today. His popularity may have waned in recent years, but his people still have much to thank him for. 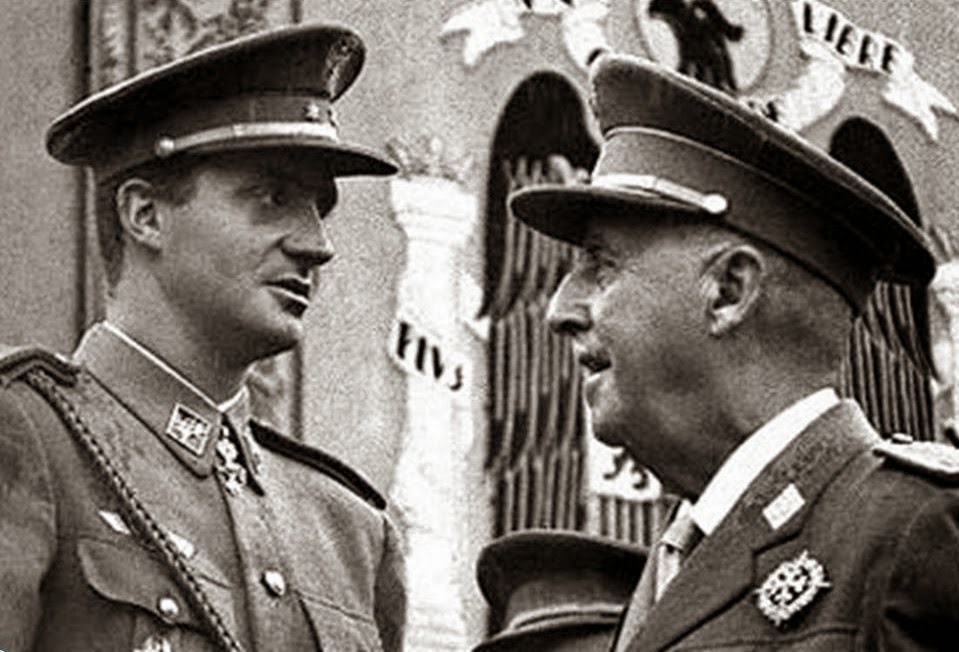 Across the Iberian peninsula, and in Greece, as the 70s began, established dictatorships were being perpetuated, despite being out of time in a part of Europe that had otherwise turned its back on them. In Spain, Francisco Franco was determined that his Falangist Government would continue after his death. To this end, he made Luis Carrero Blanco his Prime Minister in 1973.

The signal was clear: Carrero Blanco would succeed Franco and the dictatorship would carry on. Basque separatist group ETA had other ideas: they assassinated Carrero Blanco in a car-bombing in Madrid the following December. Events elsewhere the following year then left Franco isolated: both the Greek and Portuguese regimes fell.

In order to prop up its falling popularity, the Greek junta attempted to impose enosis on Cyprus, precipitating invasion by Turkey and the subsequent partition that remains today. In Portugal, Marcelo Caetano, successor to Antonio de Oliveira Salazar, lost his grip on power as the Carnation Revolution toppled the Estado Novo. Franco was in increasingly poor health. The moment of truth was soon at hand.

Francisco Franco died in November 1975. His supporters urged Juan Carlos, his chosen successor, to continue his policies. He did not. The constitution was changed via a referendum in 1978, and the monarchy took a back seat: Spain became a democracy. An attempted military coup in 1981 was foiled when Juan Carlos, nominally head of the armed forces, ordered the plotters to desist.

Away from the holiday resorts and largest cities, Spain by the mid-70s was a far poorer country than its northern neighbours, as was Portugal. Both joined the EU the following decade and, whatever economic setbacks have occurred of late, are now free and democratic nation states. Juan Carlos was pivotal to the process. This may recently have been forgotten.

Other European monarchies have had rather more straightforward recent histories. In the UK, the House of Windsor has been concerned in most part by keeping itself relevant and loved. But the house of Borbón has had the rather more significant task of restoring the country over which it reigned to freedom and democracy. Juan Carlos I was the man who had to do the right thing.

Hopefully the people of Spain will not forget that – ever.
Posted by Tim Fenton at 13:42

A resident of Spain writes:

Well yes, but do you think that there is anybody living in Spain who doesn't know this, or hasn't been told this and been urged to be grateful to the King, dozens of times already today?

In fact the story is more complicated and more opaque than you present it, and there are reasons to think that Juan Carlos knew a little more about Tejero's coup than he has ever let one. And for that matter that he decided which way to jump a little later than has always been suggested.

This remains controversial, as does the more recent history of the Casa Real, including the enormous corruption of the King's son-in-law, Iñaki Urdangarín, and the undoubted collaboration in that corruption of Urdangarín's wife, the king's daughter. For reasons such as these, the response of many Spaniards to today's news has actually been to demand a referendum on a republic.

But the point is, the basic outline of what happened in February 1981 hasn't been forgotten by anybody, republican or monarchist, because nobody is allowed to forget it. One would have a far better chance of not knowing that Real Madrid won La Décima. I do not exaggerate.