There has been some pretty dire copy filed by those attacking the HS2 project. But “This HS2 make-do is all about getting a bad job done” by Simon Jenkins in the Standard – he’s the one who wanted Crossrail junked, remember – is such a dishonest and abysmal mess that it begs to be given what The Italian Job’s Mr Bridger might have called “a good going over”. 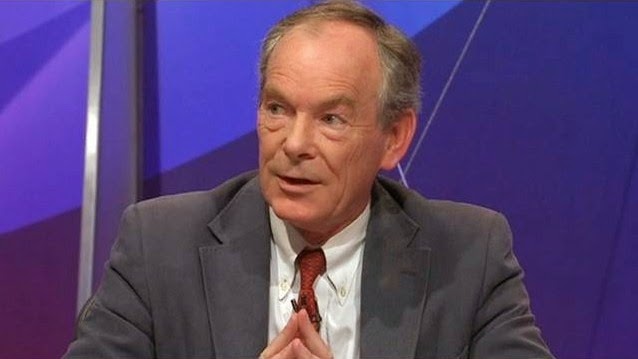 Oh look out, somebody let facts into the room

“Higgins’s HS2-Plus review emerges as a masterly tactic. He has learned to stop talking about time-saving and stick to ‘enhancing capacity’”. Nobody has stopped talking about time savings. “He has learned to avoid the Treasury’s treacherous cost-benefit analyses”. The analysis is not being avoided, and that for the “Y network” is still significantly above 2.0. Do try again.

“To think of the case he could have made for a new cross-Pennine link”. We already have four, with one being electrified and upgraded. “A new Manchester underground”. Simon, meet Metrolink, which already exists. “Or even for an upgrade of the lines into Paddington or Waterloo”. Paddington? Remember Crossrail? Waterloo? Seen the latest Crossrail 2 proposals? If not, why not?

“Think what Higgins would have proposed for the far more sensible HS2 pathway, down the east coast from Scotland and Yorkshire to the Eurostar and France”. And where, pray, are Birmingham, the East Midlands, Manchester, Merseyside, North Wales and Lancashire? Clue: they’re not on the east coast. HS2 serves those, and Yorkshire, with provision to extend to Scotland.

Then we get “In most cases the time required to get to and from the stations will cancel savings in journey times” followed by “In London ... the case for halting [HS2 services] at their new ‘hub’ station at Willesden/Old Oak Common is powerful”. YOU JUST COMPLAINED ABOUT EXTRA JOURNEY TIMES BECAUSE OF HUB STATIONS BEING OUT OF TOWN.

“Euston remains London’s worst-connected terminus, servicing only the Northern and Victoria lines”. Improvements at Euston will open up the east end of Euston Square station. So add the Metropolitan, Circle and Hammersmith and City. That’s five lines. “There is no good reason beyond sheer obstinacy for not bringing HS2 down into Paddington”. What did you just say about Underground connections?

Paddington has two separate Underground stations, with no prospect of them being connected in the future. And you carp about Euston? “The Euston site is small and constrained”. Been to Paddington recently? “They had to abandon the case for HS2 as slashing journey times when businessmen said they liked working on trains”. Nobody has “abandoned” advertising journey time improvements, and businessmen value getting to their destinations earlier. Otherwise nobody would fly anywhere.

“They have had to ignore Whitehall cost-benefit”. Nobody has ignored this analysis, whether it comes from “Whitehall” or elsewhere. “Now the backers have abandoned the one ‘vision’ that HS2 had on its side, that its trains would run from Scotland and the north through to the Continent via St Pancras”. HS2 has never, but never, BUT NEVER, been presented as anything other than a purely domestic project.

“No work seems to have been done on the opportunities forgone for investment in Northern transport”. Northern Hub. Trans-Pennine electrification. Metrolink expansion. West Midlands Metro expansion. Electrification from Leeds to York, Selby and Hull. Track and linespeed improvements. More and longer trains.

“Easing the lives of first-class commuters into Euston is hardly a national priority”. HS2 is neither a commuter route, and nor is it exclusively first class. AND WHAT ABOUT THE EXTRA FREIGHT CAPACITY IT GIVES? “Higher rail speeds are old technology and energy-inefficient”. Christ on a bike, where does one start with this remark? Siemens, Alstom, Hitachi and Bombardier must all be in the wrong business, then. And those poor passengers lapping up the faster journey times. If only they had listened to Simon Jenkins.

I’m sure much lamer rubbish has passed before my inspection before now. But this article is a masterpiece in wrong-headed, badly-researched, contradictory, ignorant, wilful, selfish drivel from someone who is clearly so detached from the real world that he has lost the capacity for rational argument.

Jenkins was wrong on Crossrail. He is wrong on HS2. It’s the kind of consistency that folks will remember when he gets it wrong on the next major transportation project. Yes, there goes Simon Jenkins, on his way ...out.
Posted by Tim Fenton at 10:19

Out of the trash he has written the one pertinent point he does make is that you still won't be able to get on a HS2 train and make an unbroken journey to mainland Europe. Before the tunnel even started this was sold as one of the big positives of the scheme. No more waiting in airports. Get on your train in Leeds at breakfast time, be in Paris for lunch.

Whilst I disagree completely with Higgins' desire to abandon the HS2-Europe link, any chance of it being succesful has already been severely blighted by the attitude of Theresa May and the UKBA in their rush to please the Daily Mail. Since last year passengers on the long standing summer Saturday direct train from the south of France to London have to drag themesleves, their kids and their luggage off the train and through UKBA checks in the station at Lille, so basically it isn't a direct train anymore.

It's possible Higgins has made "his" suggestion as part of a deal to get government support for the rest of his plan.

You wouldn't have had an "unbroken" journey to the Continent anyway, unless they were going to put in sealed carriages and have passport control and security checks at Leeds or elsewhere.

It would give West and East London access to direct services to Paris/Brussels without needing to go to St Pancras first, connect Crossrail to HS2, and allow an easy change for passengers from the rest of HS2 - much easier than the walk from Euston to St Pancras.

Given the security theatre and the excessive border paranoia, it's probably the best that could be realistically achieved.

... and it's not worth the disruption to the NLL. The Camden construction was really not that big a deal - there wasn't any additional demolition required - but the HS paths through the NLL would strangle that bit of London Overground.

The only sensible build was the all-tunneled option, and the £3billion + cost of that couldn't be justified.

Might be able to if there was no security scan required at all and UK passport control consisted of a few staff hopping on inbound trains at Lille and getting off at Ashford, together with anyone they deny entry to (and then they return to Lille on the next train with the people denied entry).