This week has seen the annual Washington DC event that is the Conservative Political Action Conference (CPAC). Those out there on the right have in the past been addressed by the likes of Ronald Reagan, “Dubya” Bush, “Dick” Cheney, Newt Gingrich, Karl Rove and Mitt Romney. Sadly, the quality of orator has declined to the extent that, this year, they had to rope in Donald Trump. 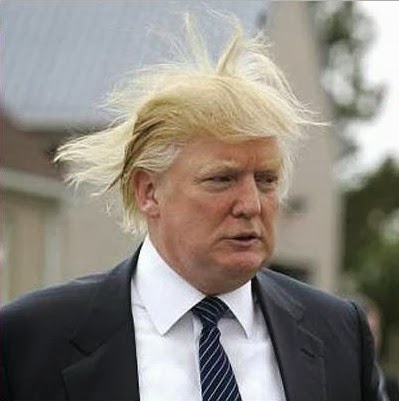 The king of the comb-over shared with his audience his more significant insights: his merchandise was going down a storm in China. “My apartments, my ties, they love me ... I’ve got the largest bank in the world from China – Chinese bank – largest in the world, biggest bank in China, is my tenant”. But the Chinese Government did not show sufficient respect for the USA, no Sir!

“China, which I’ve been talking about for the last five years, yesterday – right in our face – they just devalued our currency ... What they’re really saying is, ‘We’re really ripping you big league. Nobody’s ever done it better than us, but now we’re going to really do it again ... They have no respect for our leader and, frankly, they have no respect any longer for our great country”.

What was described by MediaIte as “an extemporaneous rant” was a rambling and often barely coherent affair mainly because Trump eschewed an autocue, a device without which his oratory veers off the fairway and into the deepest sand trap in short order. But the anti-Chinese broadside was as nothing compared to the gaffe he made when comparing Barack Obama with his predecessors.

Telling how badly the Prez was supposedly doing, Trump asserted that “I think by next month, we will have surpassed the late, great Jimmy Carter”. The 39th President of the United States is still very much alive. ABC News picked up the gaffe, as did Mail Online. But, despite a verbatim report of the speech, Breitbart somehow managed not to flag the remark as a howler.

Instead, readers were told that Trump had made a “rousing” speech: “Donald Trump’s CPAC Speech: Hits Obama, The Chinese, Immigration And Putin”. No mention that Trump had claimed unemployment in the States was over 21% when the official figure shows it below 7%. No mention of the claim that the estimated 11 million in the USA illegally would all vote Democrat.

“Every one of those votes goes to the Democrats.... you will not get any of those votes no matter what you do, no matter how nice you are, no matter how soft you are” Trump told his audience. But Breitbart was not for telling its readers. That is the kind of lazy and slanted reporting that the site majors in. And that is why you should tread carefully before treating any of its content as reliable.

That is because reliable is what the Breitbart sites are not.
Posted by Tim Fenton at 17:25

We had to look up Autocue, which turns out to be the going British terminology for a teleprompter. You may not be aware that Trump and his ilk have been trying to live without these machines ever since someone noticed in 2009 that President Obama was using one. Of course, all presidents since Reagan have used them, but it did not matter: the American right wing suddenly decided that use of a teleprompter proved this president was secretly stupid and unable to talk without the aid of a script. This led to some visual debacles, such as the time that Sarah Palin was videotaped reading her cracks about Obama's teleprompter...from a teleprompter. The result is that anyone who wants to make fun of Obama's Autocue must do without one themselves, as Mr. Trump has.