A Malaysia Airlines Boeing 777 has been lost over the South China Sea overnight. As ever with such incidents, it must be stressed that they are few and far between, and that flying remains one of the safest travel modes. This is substantially because investigators, operators and manufacturers work to make and keep it so. Part of this means finding what happened in cases such as this. 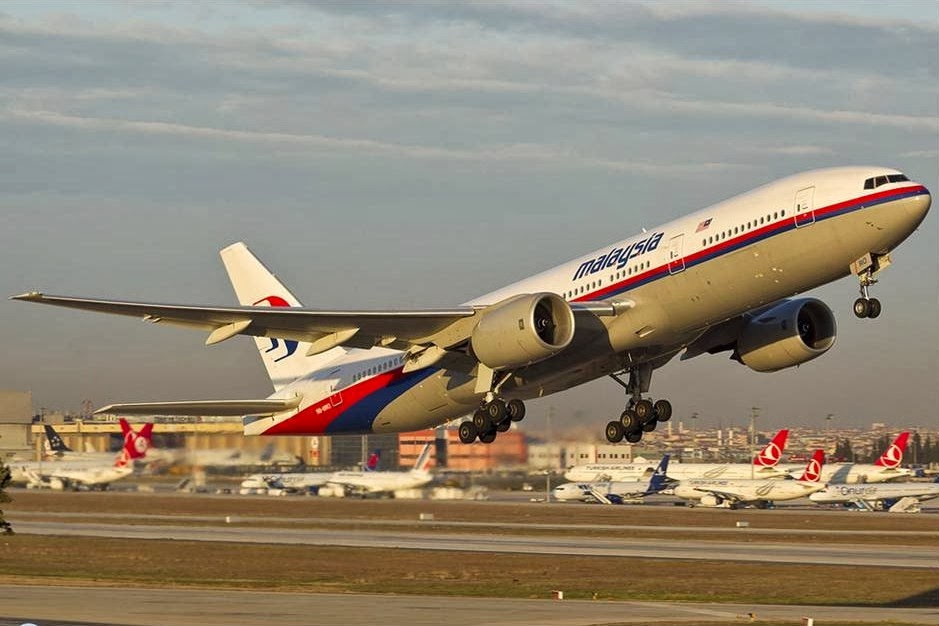 The flight, from Kuala Lumpur to Beijing, took off more or less on time, and had a total of 239 passengers and crew on board. The Commander had been with the carrier for more than 30 years, and was one of their most experienced pilots. The aircraft type has a good safety record, as does the carrier. No distress signal or other communication was received before it disappeared from the radar.

All we know for certain is that the aircraft was in level flight, at 35,000 feet, over the South China Sea, and the trace on FlightRadar then shows a sudden change in colour, meaning an equally sudden loss of height. Whatever happened was sufficiently catastrophic that no action could be taken by the pilots, and nor could any emergency be declared or signalled.

FlightRadar trace of the flight

The authorities, by publishing details of those known to have been on board, are acknowledging that the aircraft has been lost, and that there are unlikely to be any survivors. The next phase of the investigation will be one of searching for the aircraft, and recovery of the Flight Data and Cockpit Voice Recorders. Even then, the cause of the loss may not be immediately clear.

What may have happened? For a modern aircraft to just fall out of the sky is the rarest of incidents. More likely is that someone, or something, caused it to do so. Unless the pilots did something in the manner of EgyptAir 990, a 767 lost over the North Atlantic after one of the crew apparently deliberately uncoupled the autopilot and put it into a dive, we’re left with terrorism or attack.

No other aircraft was recorded as being in the area at the time, so a mid-air collision looks unlikely. Some kind of missile attack would show up very clearly – and it is unknown who would be loosing munitions off in the area. Otherwise, we’re left with the prospect that an explosive device somehow got on board. In the circumstances, my Occam’s Razor is pointing to that as most likely cause.

After all, the weather in the area at the time would have given no concern: indeed, the crew and passengers could have expected a smooth ride all the way across the sea and into China.

We’ll know more when the search gets going.

[UPDATE 1905 hours: it has been found that two of those listed as being on board the flight, an Austrian and an Italian, were not. Both are safe and well - and both had had their passports stolen in Thailand in the recent past.

So it must be concluded that two of the passengers travelled on those passports, rather than use their own. Why they might do that is not yet clear. But the suspicion of terrorist involvement is growing. Whatever brought flight MH370 down happened very suddenly, and an explosion is one event that can have that outcome]
Posted by Tim Fenton at 13:29

My Occam's Razor is pointing toward a catastrophic structural error, which is far more likely than terrorist action. (but then, Xinjiang separatists have been active recently, so who knows?) No point speculating, though.

The BBC is reporting that two passengers seem to been travelling with stolen passports (1 Italian and 1 Austrian). Could that point to terrorist action? :-

"Separately, it has been reported that two passengers who were listed on the plane's manifest - an Italian and an Austrian - were not actually on the flight but had had their passports stolen in the past two years in Thailand."

Or am I reading too much into this?