As the legendarily foul mouthed Paul Dacre continues to pretend that the Daily Mail has fought a lone and valiant battle against Police corruption in general, and for the memory of Stephen Lawrence in particular, the catalogue of misbehaviour has inevitably opened up to reveal one other case: that of private investigator Daniel Morgan, murdered in a pub car park in 1987. 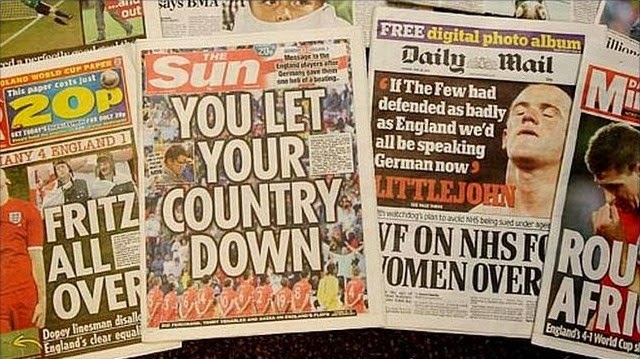 Morgan had set up a firm called Southern Investigations. He had also taken an interest in Police corruption, which, given what we now know about its extent within the Metropolitan Police, would have provided plenty of scope for his talents. His relationship with business partner Jonathan Rees deteriorated during his last months, the reason becoming all too clear later.

Because Police corruption was a nice little earner for Rees. After Morgan’s death, the cop who had investigated the killing, Sid Fillery, replaced him as Rees’ business partner after obtaining a discharge from the force on medical grounds. The two of them enjoyed the fruits of hacking, blagging, bent bank officials, bent coppers, bent public servants, and grateful hacks.

This last is partly why the only serious investigation of Rees and Fillery came from the deeply subversive Guardian, and mainly through the efforts of Nick Davies. Meanwhile, the rest of the Fourth Estate could not have given a flying foxtrot about solving the Morgan murder, and the Screws even helped Rees snoop on detectives who reopened the case, in 2002.

All of this should be considered before going near the Mail’s apparent conversion to the cause of openness and justice, typified by “Corrupt officer in Lawrence case could be linked to murder of private investigator found with an axe in his head” today. It has been alleged that John Davidson “was in the pay of Clifford Norris, drug-smuggling father of David Norris”, who was jailed for the Lawrence murder.

The suspicion that Norris had pals inside the Met was there from the moment the news of Stephen Lawrence’s murder emerged. Although Davidson was not directly involved in the subsequent investigation, “a number of the officers involved in the Daniel Morgan investigation can be linked to DS Davidson”. He has since retired to Minorca, where he runs a restaurant and owns property.

Anyone who has read the Guardian coverage of the Morgan case, and read Nick Davies’ Flat Earth News, can see the scale of potential Police corruption. And they may also know that most other papers didn’t want to touch the entire area until recently. Well, fair play to Paul Dacre: better late than never. But let’s not have the Mail pretend that it has been other than absent in the meantime.

And let’s not forget Daniel Morgan’s family, who are still fighting for justice.
Posted by Tim Fenton at 11:03

And let's not forget Michael Gillard:

In March 2000 Laurie Flynn and I led the Guardian with a lengthy investigation of a secretive anti-corruption unit inside Scotland Yard called the Untouchables. The front-page and inside articles revealed the truth behind the biggest anti-corruption probe in the history of British policing."

Why has it taken so long for action (if latest revelations cause it to actually happen) to result?

It would be nice to believe once again that our police forces, and other law enforcement agencies, acted within the law and not above it (using a quote from an ongoing court case).

The problem for the media, and politicians for that matter,is that some have been "too close to the action" and will inevitably be tarred with the same brush in some cases probably rightly.

Question is, who is going to clean it all up? Who would you trust to do it?

Almost certainly. Opening up that particular aspect of police corruption could have had unpredictable repercussions.

Rees traded in information and the biggest buyer was News International. Was that information just about minor celebrities, for filling in the spaces between the adverts in the papers, or was more important information also being traded? And who was buying it? Did NI buy other information about politicians, for example? These were always very deep waters where nobody in the police or politics (and few in the press) wanted to fish.

Good to see mention of "The Untouchables"

For those who like a google look up James Shortt bogus SAS. Then wonder if in spite of his conman status he had a security clearance when allegedly working for Clifford Norris associate Charlie Kray. And question who provided Det sgt John Davidson and four of his colleagues with moonlight bodyguard work for which they were disciplined 1995. Two years before the much involved Kent Plod "Independently" investigated the Lawrence Inquiry.

Maybe Clifford wasn't on the run but like UDA McCreery in Kent allegedly was in protection. How might someone outside of police draw him out ??

Stalker withdrawn 1986, Morgan killed 1987 and collusion arrests in Kent TA 1987 no charges brought ? Five years later UDA hit men and drugs importers arrested in Margate and NO collusion inquiry with the arrests case of 1987. Welcome to the elephant in the room in Lawrence Inquiry, State Collusion in Ulster and state protection for drugs criminals from UDA. And don't forget the implication that two weeks after Stephen Lawrence was killed Mandela did a state visit and met the sainted Doreen. Mandela injected the "Racist" political pressure but all the while mercenaries in Kent were preparing to attack his regime ! Doreen knew this from March 99 when Jack Straw suppressed inquiry. But for all her public admiration of Mandela hasn't she kept a silence rather inconsistent with a "Fighter for Justice" ?