The pressure on some online news sources to keep on churning out items is well-known: goings-on at Mail Online have been a source for horror and fascination more or less since it started up. But over at Breitbart London, it is Mail Online who might feel wronged, as their copy is being lifted and not even credited, as their version of Gerri Peev’s latest BBC bashing effort shows. 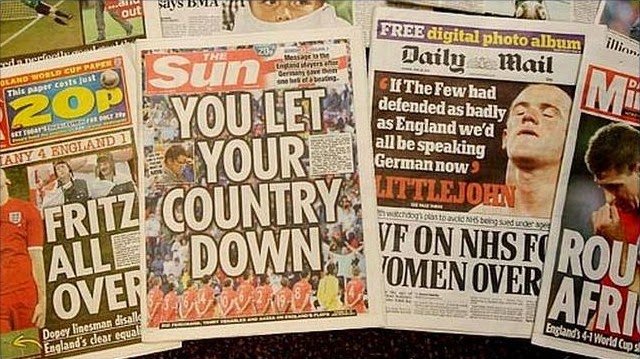 Now the first paragraph of the Breitbart version, credited to Nick Hallett: “A leaked briefing note for BBC Question Time presenter David Dimbleby reveals that he was told to ask many more questions of Conservative panellist Lord Heseltine than Labour guest Rachel Reeves”. Rather adjacent, as John Arlott might have put it.

Breitbart second paragraph: “The note suggested that former Deputy Prime Minister Lord Heseltine be asked about various aspects of the crisis in Ukraine, including the possibility of trade sanctions against Russia, the impact of the Commons vote on Syria and David Cameron's remarks on Russian shoppers in Selfridges while he was in opposition”. Also rather closely related to one another.

Here’s the Mail’s fourth paragraph: “In contrast, Miss Reeves was simply to be asked two soft questions: whether her party supported a financial bail-out for Ukraine and whether Labour agreed with the Government’s handling of the crisis”.

And now the Breitbart fourth paragraph: “Miss Reeves, however, was simply to be asked two relatively soft questions about whether her party supports a financial bailout for the Ukraine and whether Labour agree with the government's handling of the crisis”. That one is even closer than the other two.

Mail Online is linked by the Breitbart piece – but only once. It, and Gerri Peev, are not credited at any point. And the latter is little more than an edited version of the former. As such, it should carry the original by-line, as Ms Peev, agree with her or no, did the work getting the quotes and putting the copy together. There is a word for this kind of action, and that word is plagiarism.

[UPDATE 17 March 1035 hours: my thanks to an astute commenter who points out that the other new Breitbart site, in Texas, has also been called out for plagiarism recently.

As the Patriot Ombudsman has noted, sacked Breitbart Texas contributor Lee Stranahan has posted at least six examples of postings which appear to copy chunks of text word for word from other sources.

The blog asks "Has the home of 'Big Government', 'Big Hollywood' and 'Big Journalism' become a haven for 'Big Plagiarism' since Andrew Breitbart died"?

And the answer from this side of the North Atlantic is "you might wish to ask that, I couldn't possibly comment"]
Posted by Tim Fenton at 17:24

They do that on this side of the pond as well.