Serial fraud Christopher Booker is almost magnanimous today: “I must thank the reader who queried my own gaffe in claiming on March 9 that this had been only ‘the 16th wettest winter’ since 1766. Having looked more carefully at the data, what I should have said was that January was only the fifteenth wettest month in that time (and last winter only the fifth wettest three-month period). My apologies.” 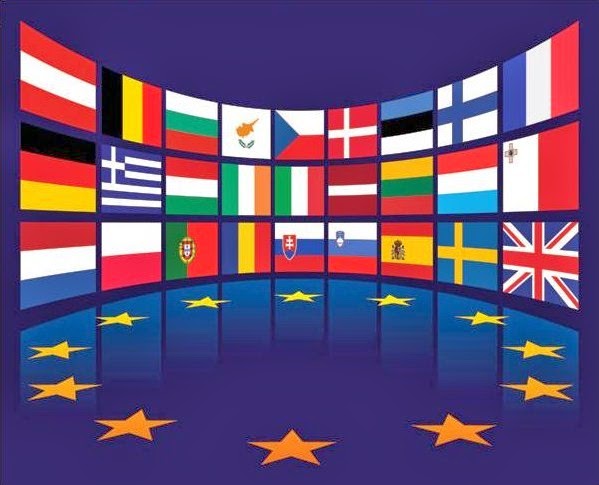 As any fule kno, last winter was the wettest, whichever data series you use. Booker shows that he cannot be honest enough to re-read data accurately, even when given another chance to face reality. And thus it is for his lead item on the Ukraine crisis: “The EU, dedicated to eliminating national identity, has finally run up against the rock of a national interest that will not give way”.

While readers are looking at the Russian annexation of Crimea, which was part of Russia until 1954 and is overwhelmingly Russian speaking and supporting, Booker tries to slip in another of his blatantly false assumptions: that the EU is “dedicated to eliminating national identity”. That’ll be why everyone in the EU speaks the same language, then. But all member states’ languages are respected.

Individual member states, and regions within them, preserve their identities, often with the assistance of EU policies, for instance to protect regional produce, a practice that does not just protect Roquefort cheese and the sparkling wines of the Champagne country, but also Cornish Pasties and cheeses like Stilton. If there were a move to eliminate national identity, that would not happen.

Booker contradicts himself by asserting that one principle driving the EU is that “it can assume ever more power over the nations that belong to it”, but then suggests that its leaders are “Squawking around like chickens panicked by a fox”. Then he makes up a story about all those leaders deciding to adopt fracking for natural gas, which they have not. The lie is off and running.

This is supported by abuse: our “leaders” (see, they’re not really proper leaders) are in a “pitiful state ... they blether ... they prattle ... pathetic little ‘targeted’ sanctions ... impotent nonentities who pose as our leaders ... examples of ... their collective act of make-believe”. So how can the EU have an “Imperial Dream”, as Booker asserts, if it is so risible? How could it have even survived since the 1950s?

The reality is that the “soft power” and economic muscle available to a body representing 28 member states has all manner of options, and levers on Russia, available to it. But it is also a club representing democracies: one assumes Booker has no problem with this concept. He also forgets the recent falls on the Moscow stock market, and that, without its gas exports, Russia is screwed.

Still, it keeps him occupied and out of mischief, so that’s all right, then.
Posted by Tim Fenton at 13:12

Actually Stilton cheese as we understand it isn't from Stilton.

Only cheese made according to a strict code in Leicestershire, Derbyshire and Nottinghamshire qualify as Stilton.

Stilton itself is in Cambridgeshire

Whoops! That paragraph has been duly amended, thanks.

Yeah, you're right. Not keeping up with the accessions. Amended.