Politicians trying to prove that they are down with the yoof, when they very obviously are not, are a bad enough advert to the undecided voter. But this clearly did not occur to Michael “Oiky” Gove, when he took the bait and demonstrated his skills, or lack of them, in the art of rapping. It was toe-curlingly embarrassing – unless, of course, you were an unthinking Tory Party supporter. 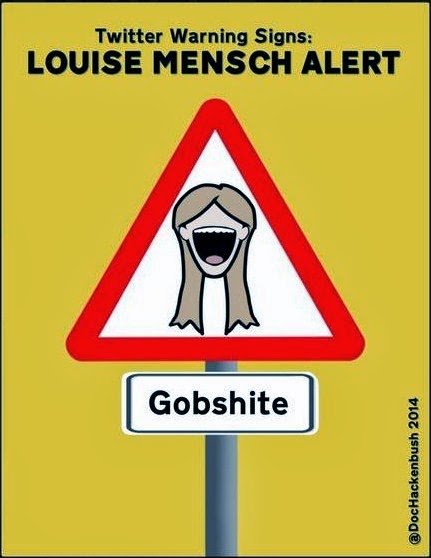 Putting aside the inconvenient fact that Gove’s fortunately brief exposition, notable only for its unintentional hilarity, was played out in front of a group of young people who would not be old enough to make a difference next year in any case, it was the kind of stunt that was not only not at all cunning, but was also best forgotten. Unless, of course, you were in Manhattan and had time on your hands. 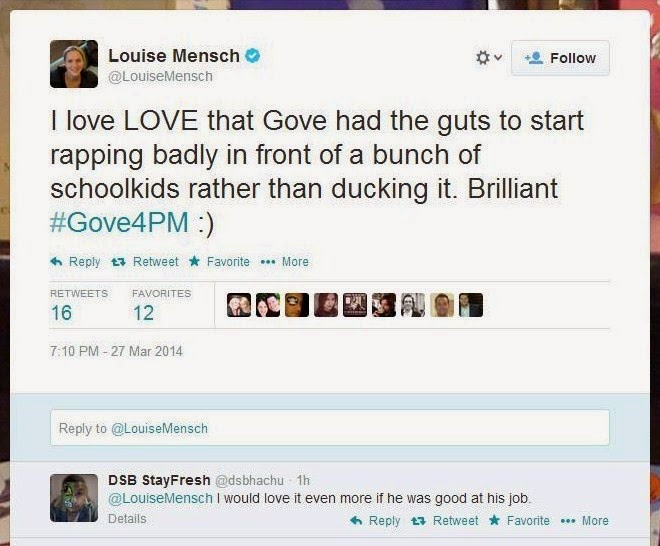 Yes, former Tory MP Louise Mensch saw Gove’s exhibition and decided that not only was this A Very Wonderful Thing, but also that she now knew everything there was to know about rap. “I love LOVE that Gove had the guts to start rapping badly in front of a group of schoolkids rather than ducking it. Brilliant” she gushed. But one Tweet is never enough, and soon she was away with the fairies. 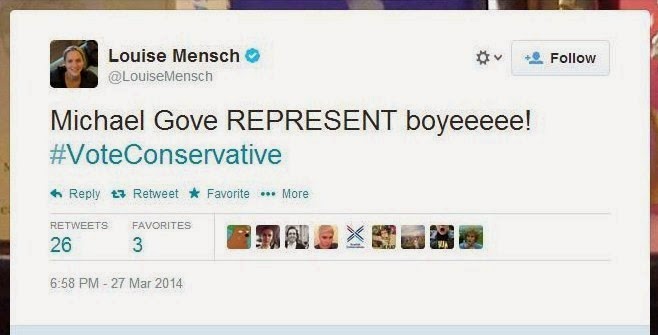 You think I jest? Here it comes: “Michael Gove REPRESENT Boyeeeee” she trilled, with the hashtag #VoteConservative for good measure, as if this combination of ranting and wibbling would move anyone to put their cross by the Blue Team. 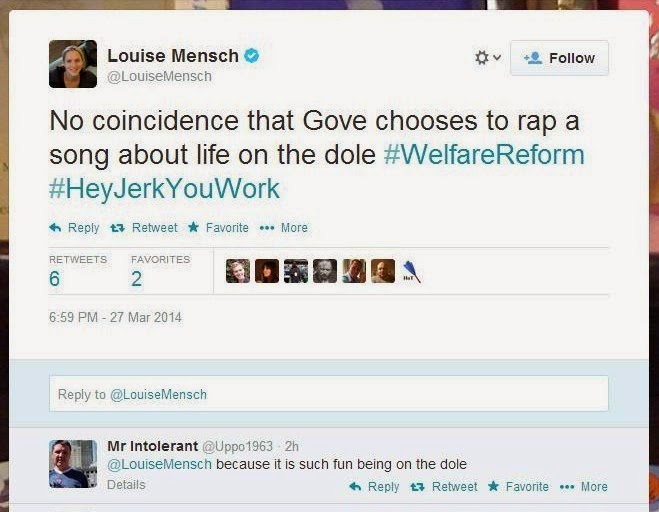 Was that the lot? But you know the answer: “No coincidence that Gove chooses to rap a song about life on the dole #WelfareReform #HeyJerkYouWork” was next, a little rich from someone not going out to work early doors every weekday any time soon. 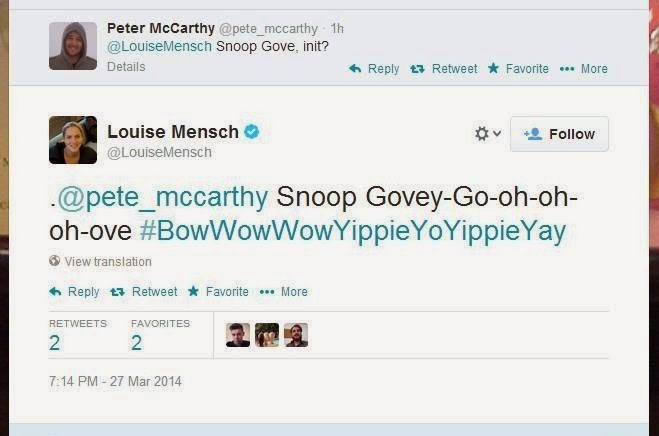 To prompting from someone who may not have been on her political wavelength, she gushed “Snoop Govey-Go-oh-oh-oh-ove”, by now really getting in to her latest study in stupidity demonstration. 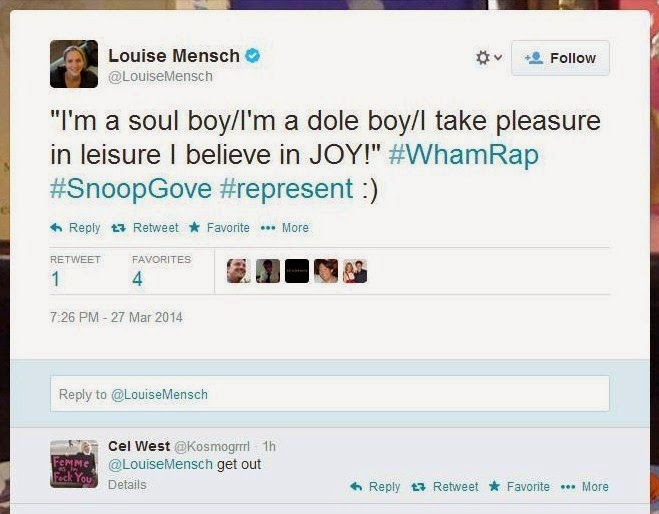 “‘I’m a soul boy/I’m a dole boy/I take pleasure in leisure I believe in JOY’ #WhamRap #SnoopGove #represent” was her final offering, having converted nobody at all to her cause, and having made herself look even sillier than “Oiky” Gove.

And remember folks, this is someone who was selected as a Tory Parliamentary candidate and won an election. That is the frightening thing about Ms Mensch. And what’s more frightening is that she isn’t the only one.

“Represent”? Louise Mensch couldn’t represent a fart in a trance.
Posted by Tim Fenton at 15:37

"“Represent”? Louise Mensch couldn’t represent a fart in a trance."

Are you sure? Haven't you forgotten she represents Rupe?