Has Gilligan Been Hoaxed?

There are some subjects on which Andrew “transcription error” Gilligan is highly susceptible, as was demonstrated when he became convinced that the campaign by Mervyn Barrett to become Lincolnshire’s Police and Crime Commissioner was being bankrolled by US Neocons and those advocating sell-offs to the private sector. Sadly for The Great Man, he got the story totally wrong. 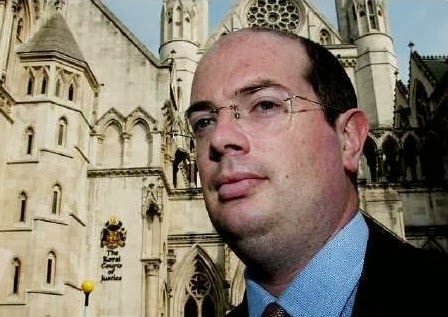 Not about to be hauled inside, Andy?

Worse, he was told that he was wrong, but continued on the same track and instead tried to smear the person who had tried, in good faith, to warn him. And history may be repeating itself: Gilligan has joined in the scrum of hacks going after an alleged takeover of schools in Birmingham by Muslim extremists. He’s hot on Muslim extremism – as witness his obsession with Tower Hamlets.

“Extremists and the 'Trojan Horse’ approach in state schools ... A Telegraph investigation, in parallel with the 'Trojan Horse' extremism allegations, suggests that all is not well at Park View academy in Birmingham” he tells rather grandly. The “Telegraph investigation” appears to consist of Gilligan unsuccessfully pestering some of those involved, before reaching the desired conclusion.

As the BBC has reported, “An alleged plot to oust some Birmingham head teachers and make their schools adhere to more Islamic principles is being investigated, it has emerged. A letter detailing the plan, known as ‘Operation Trojan Horse’, claims responsibility for leadership changes at four schools”. This was also picked up by the Daily Mail, another outlet susceptible to Muslim horror stories.

The Mail almost went the whole nine yards, but caveatted their report appropriately. The BBC’s report explains why: “We still don't know whether [the letter is] genuine or a fake, but that's one of the questions the city council is attempting to answer with its investigation”. Gilligan is not minded to wait, and has told that the West Midlands Police’s counter-terrorism unit has been alerted.

What The Great Man has forgotten to tell readers is that the same unit concluded that the allegations “were not a matter for the Police”. One of the alleged authors of the letter has said it is a “malicious fabrication and completely untrue” (Gilligan appears not to tell his readers that this person, Tahir Alam, was named as one of the authors, which makes another serious omission).

There have been examples of this kind of scaremongering before, from The Protocols of the Elders of Zion through the Zinoviev Letter to the recent misinformation peddled on behalf of GCHQ and the rest of the spooks as part of the attempt to discredit the Snowden revelations and the Guardian. All journalists should be on their guard against fakes – especially those susceptible to Muslim bashing.

That means you, Andrew Gilligan. And you haven’t checked, have you?
Posted by Tim Fenton at 17:35

Have you read his follow up article dated 16/3/14 ?
He has acquired whatsapp evidence by the bucketload, showing some named Trojan people doing exactly what the disputed letter said they were doing.

Any response to this, and other details in that article?

Gilligan's second article does not show any of his supposed WhatsApp "evidence".

Added to which, Gilligan is a specialist at selecting quotes to fit his agenda.

So until Gilligan shows us the entire content, with context, then he ain't going to be a credible witness. He's got form for Muslim baiting.