The way in which animals are butchered is a sensitive subject, given the dictates of both Jewish and Muslim customs, which require the throats of those animals to be slit as part of the process. This enables the blood to drain away, but the animals are conscious for a short time after the blade has been wielded. It’s a subject that needs tackling with not a little delicacy. 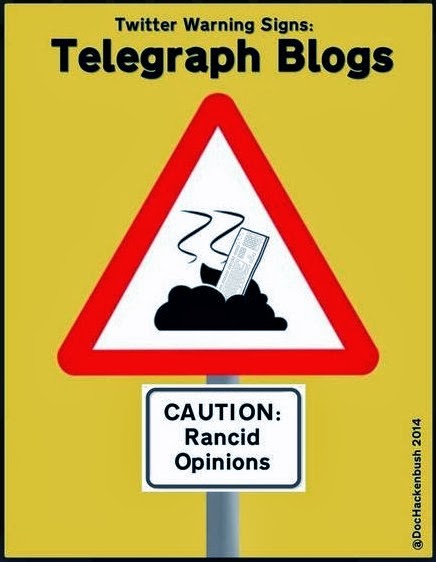 So there was no need for the bear pit that is Telegraph blogs to give house room to Cristina Odone to throw around incendiary comments like “Britain is set to become a country that prizes a cow more than a Jew, an ox more than a Muslim”, which is also blatantly untrue. Ms Odone was scaremongering after reading that the head of the British Veterinary Association (BVA) had suggested reform of the process.

However, and in these cases there is inevitably a however, John Blackwell, contrary to what Ms Odone has asserted, has not called for an outright ban on slitting animals’ throats so blood can be drained from the carcass, not that you would know that from reading her post, which has, understandably, had comments barred, given the tendency to anti-Semitism and Islamophobia from commenters.

Compare the Odone message with the BBC’s report: “The practice of slaughtering animals by slitting their throats and draining the blood in line with religious custom should be adapted to prevent suffering” [my emphasis]. Blackwell “said animals should be ‘stunned’ before slaughter”. He added that he “respected the beliefs of religious sects”. He is only making a suggestion.

Ms Odone is having none of that: “He is not worried though about the millions of Muslims and Jews whose religion dictates that they eat only animals that have been killed in a particular way. Let them eat cake”. And Denmark has already acted: “Let the Danes stamp all over deeply held religious belief in the name of a calf. Who cares about the Koran or the Torah when it comes to soft furry creatures?”

Plus she’s got more in the locker: “Once this precedent is established, circumcision – another religious ritual practised by both Muslims and Jews – will be banned”. It will? Stand that one up with a scrap of evidence? No, thought not. Nor is there anything to justify her sinister assertion that “history shows what crushing religious minorities leads to”. Nobody is even suggesting crushing anyone.

Yet on she rants: “Banning a religious ritual because an animal may (who knows) feel some pain before its killing, is a nonsense value. It prioritises the animal over the human, and the four-legged over the pious” before praying it doesn’t happen. But this is rabble-rousing bullshit: Blackwell’s job involves animal welfare. That is what concerns him, and informs his opinion.

Still, no opportunity wasted for the religious to play victim by proxy, eh?
Posted by Tim Fenton at 13:05

I've seen many bigoted arguments against Kosher and Halal meat, but never one in favour.

In any case, I don't think anyone can say anything about religious types of animal slaughter until regular slaughterhouses and factory farms and the like are sorted out.

It is funny though how methods of slaughter only became a mainstream issue once it was noticed how Halal meat is slaughtered: Kosher was fine for years before then. None of this really seems to have much to do with animal welfare.

It must have been tough for Odone to decide whether to go for the "they're persecuting the religious" angle, or take an opportunity to attack 'savage' muslims.

Generally I'd say stopping old men from chopping up kids genitals because they think God told them to is a good thing. Nothing to stop the kid, as an adult, making an informed decision later on.