Politicians across the North West have got themselves in a terrible froth over the news that nine trains currently in service with Transpennine Express (TPE), which suffers serious overcrowding on many of its services, will next year be transferred south to Chiltern Railways. But the story is rather more complicated than just one stock transfer, and travellers should not panic just yet. 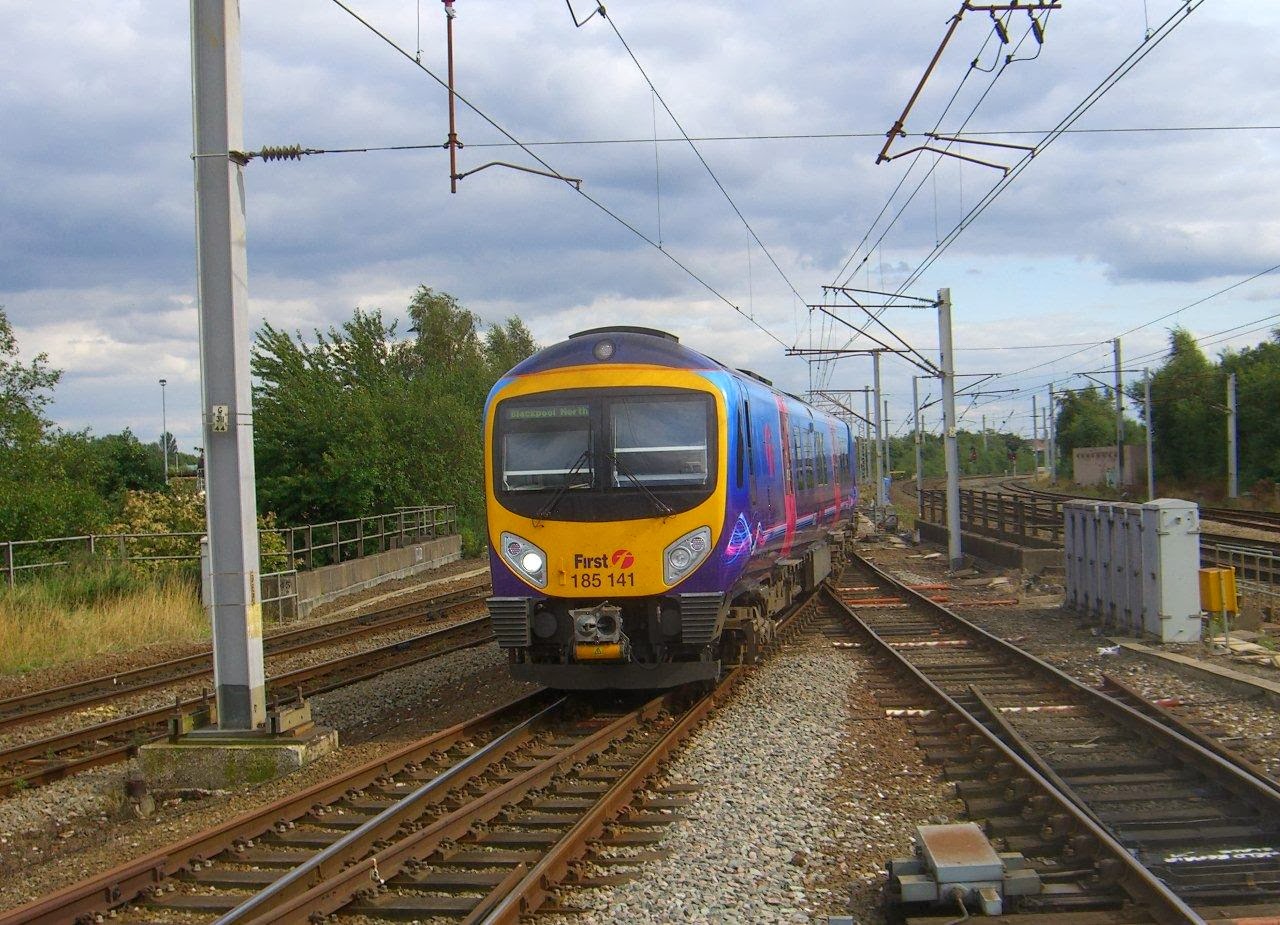 TPE had a new fleet built for it by Herr Siemens over in Germany, but the proposal for 56 trains was cut to 51. Partly because of this, some older BR-built Class 158 sets were retained to work alongside the new arrivals, which are known as Class 185. There was then a swap with South West Trains (SWT), who ran the 158’s Class 159 cousins between London, Salisbury and Exeter. 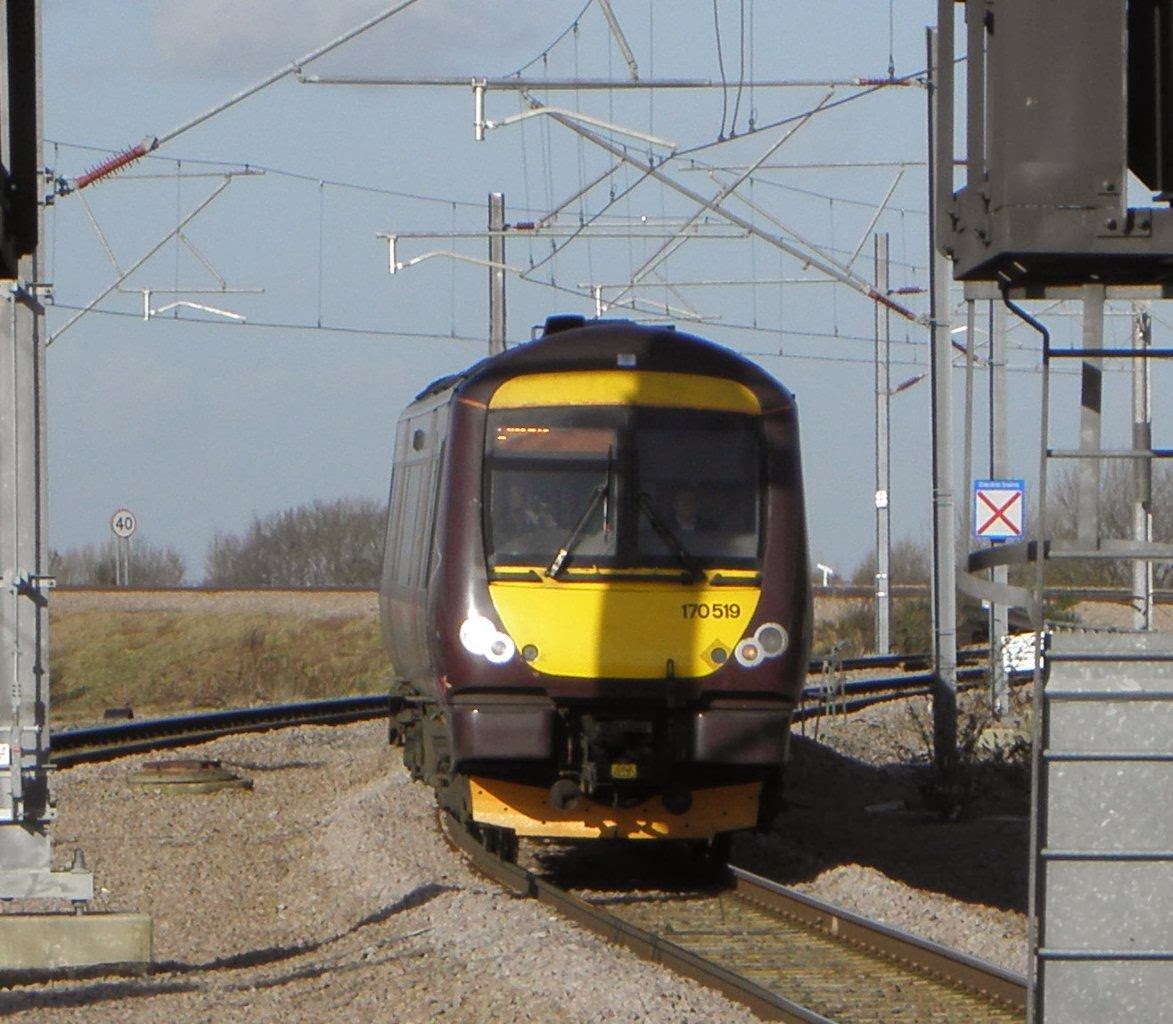 Going south - Class 170 (this is a Cross Country example, seen at Nuneaton)

TPE sent its 158s to Salisbury, exchanged for SWT’s more modern Class 170 units. SWT then had a more or less uniform diesel fleet. No problem was foreseen, as the TPE franchise would end before the lease deal on the 170s was up. However, and in these cases there is inevitably a however, in the wake of the West Coast bidding fiasco (see my posts HERE and HERE) many franchises were extended. 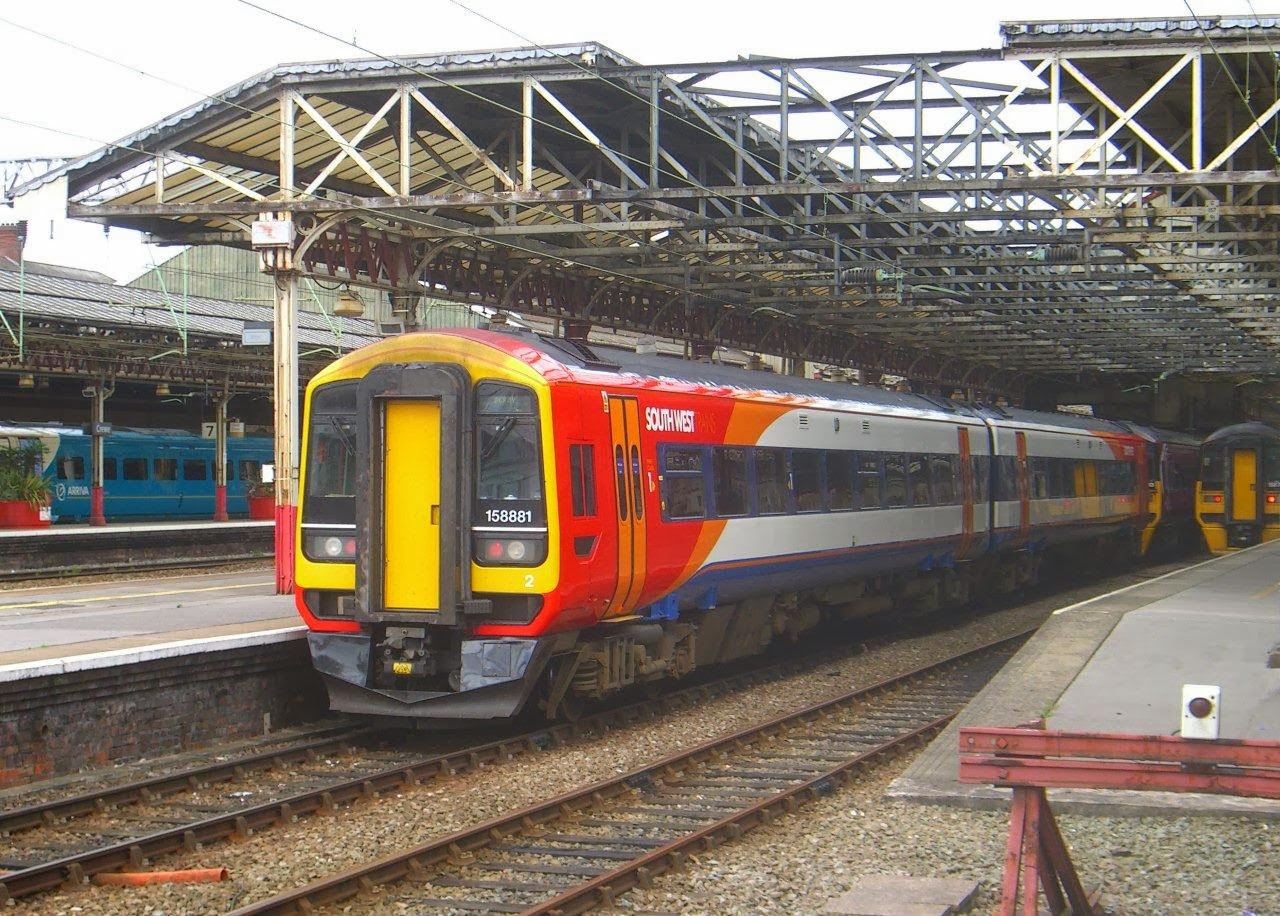 Moving franchises - Class 158 (this is a South West Trains unit, seen a long way from home, at Crewe)

Now, the TPE franchise ends after their leasing deal on the 170s, which are not owned by the operator, but leasing firm Porterbrook. And they had already done the deal with Chiltern. News emerges, headless chicken mode is automatically engaged. Then it emerged that TPE would have their stock gap plugged by transfer of units from Northern – which also suffers regular overcrowding. So more headless chickens were let loose. Northern would lose nine of its Class 158s to TPE. But the full picture was not being seen. In the meantime, the Northern Hub electrification project was in progress, with Liverpool to Manchester via Earlestown due to be completed by the end of this year. The only problem was getting hold of electric trains to run the service.

That would mean Northern’s diesel fleet would not need to be so large, and there would be no problem releasing those units to TPE. Where would the stock come from? These would be units at present in service with First Capital Connect (FCC) on the route from Bedford and Luton across London to Gatwick Airport and Brighton, Class 319 sets built by BR, which are being replaced with new trains.

The 319s are not new, and it seems may not get a refurbishment before arriving in the North West. But they are no worse than BR-era diesel “Sprinter” units currently in service with Northern. Moreover, they come in four coach sets, so will provide more seats. They are faster and more reliable than what is currently operating the route. All of that means there is no need to panic.

Still, it fills the column inches and sells more papers. No change there, then.
Posted by Tim Fenton at 10:54

Not to mention that with the imminent electrification of the Manchester- Scotland services (delivery of new Siemens units and testing from Crewe began before Christmas)it means that the diesel 185s used by TPE on those trains will shortly be available to cover for 170s.

The problem is that because few politicians or hacks have got a clue about anything related to railways a non story like this can be used as cover for the real issues - like the planned closure of Crewe station.

I think your last paragraph is a tad unfair. The problem is that the solutions you've explained have not been communicated by the rail industry. The decision to transfer the TransPennine carriages was clear, confirmed and corroborated. In contrast there's been no public explanation as far as I'm aware of what will happen to ensure TransPennine passengers don't lose out.

Even when interviewed on TV or asked on the phone, some of the key players have provided no such reassurance. If the information isn't there, even when asked for, it doesn't seem surprising to me that so much has been made of the info that is in the public domain even if it doesn't tell the whole story.

If I can put the full picture together from a few Twitter exchanges, the supposedly "proper journalists" should not have a problem. They just need to do some proper journalism.