You might not have heard of Jeremy Hosking, but he is worth well over £100 million and has featured on the Sunday Times rich list. He made his fortune in private equity and other investments. He helps to fund the Tory Party. He also has a collection of steam locomotives, some of which can be seen across the National Rail network. And his search for overhaul and stabling facilities has led him to Crewe. 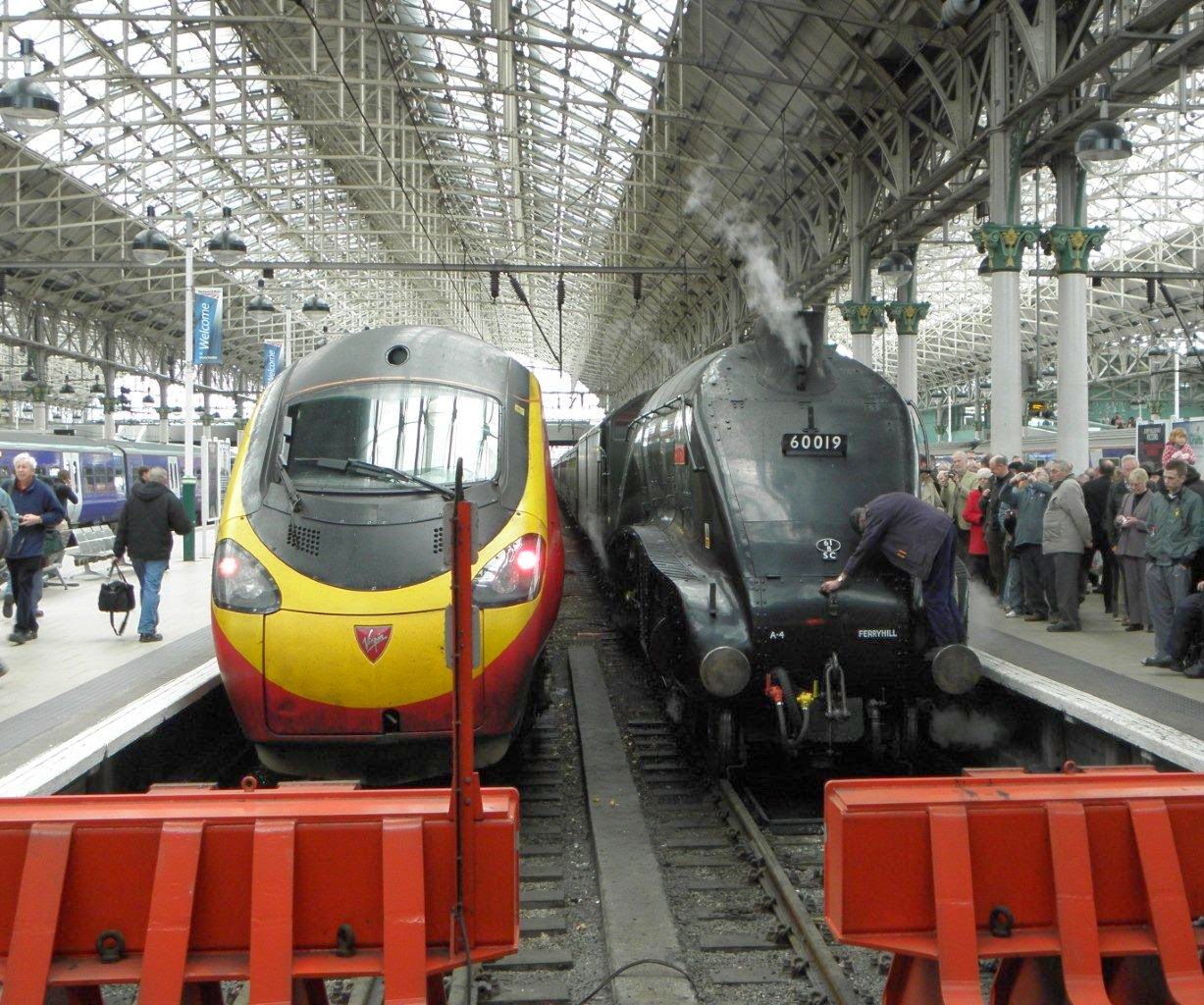 Here, he has taken over the boiler shop and overhaul facilities at Crewe Heritage Centre – it’s tucked away behind the newly rebuilt Tesco, and you can see it from the station – from former pop impresario Pete Waterman, and has also negotiated a 25 year lease on the former diesel maintenance depot (south west of the station) from DB Schenker. The latter solves his stabling problem.

So far, so satisfactory. But it appears that Popster Pete may not have given him the fullest of disclosures: the “Superhub” that the likes of Cheshire East Council (CEC) leader Michael Jones (one of Hosking’s fellow Tories) is lobbying for, which would move Crewe station some distance to the south, would mean the HS2 maintenance depot would be exactly where Hosking’s stabling area is right now.

Yes, the CEC plans (glossy blurb in .pdf format right HERE) describe the former diesel depot as “derelict” – one wonders if Hosking was ever given this information – and assume it, and the tracks and outbuildings around it, would be demolished or lifted so that the new HS2 facility can occupy the area instead (the original location for the HS2 depot, at Basford, would be taken by the new station).

And the timescale for the new station would be to have it ready for 2020, with HS2, if construction is accelerated as has been suggested today, opening to Crewe by 2027. That means Hosking has been given one of Martin Luther King Jr’s “promissory notes” that is not going to be honoured: he’s unlikely to see half the lease out before the wrecking ball moves in.

And what is yet worse is that those urging the construction of the new “superhub” include – wait for it – Pete Waterman! So, just to recap, Waterman sells his interest in the overhaul part of the Heritage Centre to Hosking, who also takes over the former Diesel depot thinking he’s got an ideal setup in Crewe, while Waterman is also backing the plan that will see that former depot demolished.

Either Jeremy Hosking knows something about the HS2 plans for the Crewe area that we don’t, or he appears to have been significantly misled. Oh, and he’s also a regular Tory Party donor – so what’s he going to think of a Tory Council and the local Tory MP (Edward Timpson) lobbying for a scheme that is going to flatten his new depot and stabling facility? Probably not very much.


With friends like these, Jeremy Hosking is not in need of enemies right now.
Posted by Tim Fenton at 17:10

the CEC plans also say that the routes out of south junction to Shrewbury and Stoke are single track and that it is impossible to run trains from Stoke to Chester - al lies although the latter may well become true after the Basford move (unless they also lied about removing conflicting moves from the non stop fast trains).