In a move that has already caused significant discomfort among many in the Italian media, particularly the print variety, Pope Francis has reminded journalists that “Journalism based on gossip or rumours is a form of ‘terrorism’ and media that stereotype entire populations or foment fear of migrants are acting destructively … reporters had to go the extra mile to seek the truth, particularly in an age of round-the-clock news coverage”. 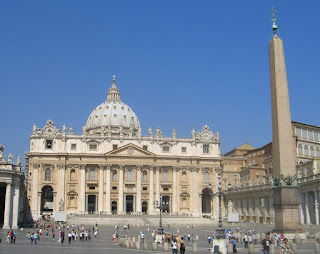 Spreading rumours was an example of “terrorism, of how you can kill a person with your tongue … This is even more true for journalists because their voice can reach everyone and this is a very powerful weapon”. Journalism should not be used as a “weapon of destruction against persons and even entire peoples … Neither should it foment fear before events like forced migration from war or from hunger”.

While the Guardian notes that Francis is primarily aiming his remarks at Italian newspapers, telling “In Italy, a number of newspapers are highly politicised and are regularly used to discredit those with differing political views, sometimes reporting unsubstantiated rumours about their private lives” and “In 2009 several media outlets owned by the family of then-prime minister Silvio Berlusconi came under fire from the journalists’ guild over stories questioning the trustworthiness of a magistrate who had ruled against a company owned by the Berlusconi family”, he may be looking further afield.

He may, in fact, be wondering if his predecessor John Paul II did the right thing eighteen years ago when conferring the honour of Knight Commander of the Order of Saint Gregory the Great on one well-known media mogul whose behaviour and activities fit the charge sheet read out earlier this week like the proverbial glove. And for once, we are not talking about the Mussolini Lite figure of Silvio Berlusconi.

No, in 1998 the honour, often just referred to as a “Papal Knighthood”, was conferred upon one Keith Rupert Murdoch. After the Screws was discovered to have been run for some years as a borderline criminal enterprise, and all the other less than totally upstanding and Christian activities unearthed during the Leveson Inquiry and elsewhere, Francis would have grounds for annulment. And there may soon be a precedent.

John Paul II also conferred the honour of Knight Commander of the Order of Saint Gregory the Great on Jimmy Savile. In view of revelations about Savile’s predatory sexual behaviour since his death, the Roman Catholic Bishop of Westminster has requested that Savile’s honour be annulled. And after that happens, who knows?

Quite apart from the phone hacking, there was the data hacking that ruined ITV Digital, the cultivation of bent coppers, infiltration of the British Government, continuing attempts to subvert the democratic process, and the Mafioso-like behaviour from his sidekicks, threatening not only the editor of the Independent, but also the head of Ofcom.

If Pope Francis wants to set an example to all those media people he was telling off this week, he is only one annulment away. But I suspect he figured that one out already.
Posted by Tim Fenton at 16:32

I'd take his comments with a sackful of salt if I were you.

His organisation was the first to sign an accord with Adolf Hitler, to support Mussolini and Franco, and to be part of the rat line Operation Paperclip which helped Nazis, fascists and falangists escape justice. To say nothing of assorted murderous dictatorships around the world, but particularly in South America. Priests who espoused "freedom theology" were pushed aside or even publicly reprimanded.

Murdoch won't pay the slightest attention to this latest belch of wind from a man who wears medieval dress and forbids employees to marry. He'll just go on his evil way while the Vatican returns to its usual anodyne bullshit.

Nothing more than self-righteous nonsense written in Latin. And, as usual, almost fifty years too late.

I'm clearly a communist.
My big red letters on my rags should have given that away.

I called one of my rags The Sun.


"Angelina wanted an open marriage and to move to Britain to become the new Princess Diana"
Dying in a Parisian road tunnel seems an odd ambition.