Every so often, the laziness of those who scrabble around the dunghill that is Grubstreet becomes their downfall. The lack of research, the sheer ignorance of the subject, combined with the customary excess of braggadocio, can bring any over-inflated purveyor of routine idiocy crashing down to earth in very short order. Today’s candidate for this award is the Sun’s over-mouthed and under-brained TV “critic” Ally Ross. 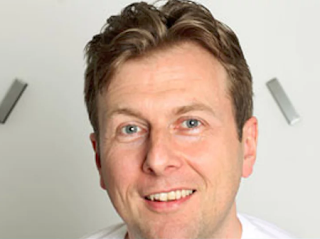 As befits someone who learned his trade purely on the Murdoch titles - he wrote for the Scottish Sun before moving to the late and not at all lamented Screws and then moving with the twinkle-toed yet domestically combative Rebekah Wade (as she then was) to the Sun - Ross can do loud and overbearing with the best of them, or perhaps that should be the worst. His chosen subject today is TV cookery programmes.

Fitting right in with the Murdoch doggies’ instructions to maximise the ridicule heaped upon the BBC and Channel 4 over the Great British Bake-Off, Ross has today penned the sneering “£50 max for Mel and Sue”, where he wonders what the £75 million paid by Channel 4 for the rights to host GBBO over three years was for, and concludes that it cannot have been for presenters Sue Perkins and Mel Giedroyc.

“As far as I could tell, about £50 of that belonged to Mel and Sue’s whimsical b*****ks and silly voices and another £100 went on Mary Berry’s sweet nothings” he declares, seemingly unaware that Mel and Sue are not part of the package, and so the one talking b****cks (note correct number of asterisks) is Himself. But he does have some thoughts about the GBBO move, while not mentioning the Sky involvement.

“Indeed, after a whole week of ‘blah’ and ‘blah blah blah’, only two things can be agreed about Bake Off … The first is that by spending £75million, Channel 4 has destroyed its public service remit and halved the audience”. As opposed to the show ending up on a pay channel like, er, Sky, and the audience being cut rather more. But then Ross realises he has someone else to kick, and does it in no style at all.

“The second is that if they appoint the equally mirthless Jo Brand to replace Mel and Sue they will double the food budget”. Laugh? I thought I’d never start. Why should he go after Jo Brand? What has she done to incur the displeasure of the Murdoch mafiosi? Simples. Ms Brand gave last December’s Leveson Lecture, which is an annual event staged under the aegis of campaigning group Hacked Off.

But the real howler, the icing on Ally Ross’ magnificently unsavoury pile of steaming bovine by-product, was starting his column item by telling “IF only for the potential of her first name, Wednesday night was one of those rare occasions when I really missed the first lady of TV cookery, Fanny Cradock”. Yeah, right. Ross was born in 1967. Fanny Cradock’s TV career ended abruptly following an incident on BBC’s The Big Time, in 1976.

Like nine-year-olds are going to miss a TV cook. History fail, overreach prize and fire extinguisher for the burning trousers. Ally Ross, you’re a clown. And you’re welcome.
Posted by Tim Fenton at 10:44

Continuing in the grand tradition of Sun TV critics set by Garry Bushell, who also hated Jo Brand with a vengeance for no discernable reason.

There's a trend for TV critics to be waspish, but too many think that just by letting a few profanities fly they're the next Charlie Brooker. Missing the point that he's also rather well-informed and incisive.

I find it difficult not to smile when I hear or read of opinions using conspiracy theory as a jeer.

After all, the English usage of "conspiracy" is derived from the Latin conspirare, which simply means "breathe together." Hence any group of humans acting together is a conspiracy. Which means almost every joint action is a conspiracy. People being people, that means in turn every conspiracy is either benign or malevolent.

Therefore, all political parties (and their factions) are conspiracies. So are commercial and industrial companies. So are news organisations.

So far, so ordinary. At least for anyone with common sense.

It follows that the Murdoch news organisation is a conspiracy. Which means the only decision to make is whether it's a malevolent or benign conspiracy.

Ross merely belongs to the stupidly mediocre faction within the conspiracy. Unfortunately for good taste and talent it's quite a large faction.

Clown "writing" for a comic. Quite appropriate really. Like many stand ups truth is not necessarily a requisite. (For more see Guido and Wickers).

See Ally has a competitor from UKIP in the stand up comedian stakes:

Obviously The Sun has more pulling power for him than the moon.

The actual first lady of TV cookery was Marguerite Patten, who presented her first television cookery programme in 1947, some 8 years before La Cradock graced the airwaves.

You forgot to paste in the name of the UKIP comedian. None other than a Mr Carswell MP. Perhaps he doesn't see his present job lasting too long?

This year has been a funny old year - it's enough to make one talk to oneself!