The prestige in being England football manager has declined somewhat since Alf Ramsey’s side won the World Cup in 1966, but the pay is not to be sniffed it: when Sam Allardyce took the job just over two months ago, his contract was worth a cool £3 million a year. Even so, he was then stung by the Telegraph grubbing around for £400,000 worth of “extras”, as well as suggesting ways to get round transfer rules. 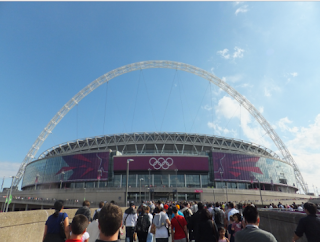 As a result, Allardyce not only brought the game into serious disrepute, his gravy train was abruptly terminated short of its destination and he was out. Many observers have passed comment on the amount of money in the English game while searching for reasons why he did what he did, but no-one had made the obvious connection - until the Guardian spoke up yesterday. It was, they told, Creepy Uncle Rupe Wot Done It.

Here’s their pitch: “Since television money flowed into the sport in the early 1990s, the Premier League has become less a local English affair and more a global one. That has some benefits: better facilities and bigger names on the pitch. However, with top-flight clubs owned by foreign investors and English players making up a third of Premier League teams, there is a feeling that English football is becoming detached from its roots”.

But did it make the Premiership the best? Well, no it didn’t: “While England’s top flight has become the richest league in the world, it is not the best. On Uefa rankings the Premier League is behind both’s Spain’s La Liga and Germany’s Bundesliga. It’s been five years since an English club – Chelsea – won the European championship. There’s simply not enough bang for the television big bucks”. And how big are those bucks?

“Last year the Premier League sold television rights to its live games for a record £5.14bn. That’s more than £10m a match, up 70% from the last time. Yet there is no evidence that the quality of the basic product – football matches – has improved. Coaches too often put results ahead of entertainment, in part because of the enormous sums at stake. Packed stadiums are more to do with clever marketing than better football”.

And then comes the rather cheeky remedy: “To correct this market failure, politicians should restrict the number of games broadcast on pay-TV and set aside some top matches for free-to-air TV. More people will watch the games. The BBC would be able to showcase an expression of national cultural identity. Commercial free-to-air channels could benefit from advertising. Highlights on the BBC draw millions more than a single match on pay-TV”. Murdoch is not the only participant, but he is undoubtedly the target.

After all, it was Sky that initially splashed the cash on the Premiership. Since then, the national team has won nothing - and it’s not a coincidence. Sam Allardyce was a fool, but all the money sloshing around the game makes the temptation that much greater. Rupert Murdoch’s cheerleaders like to tell how he has made football better. But he has not.

Our national team is a joke. Premiership sides all too often come up short against Spanish and German opposition. All we have is an endless cycle of marketing, glitz, and too much money. Murdoch has tainted the Beautiful Game. The Guardian is right. But nothing will be done about it, no matter how many trophies the England team doesn’t win.

There are none so blind as those who will not see. No change there, then.
Posted by Tim Fenton at 09:46

It's arguable that Murdoch's vision was to turn sport into sports entertainment - quite a different thing. It's largely there in "Framework for the Future", the late 1980s blueprint for how football would be transformed, rebranded, marketed and sold.

Of course, what he managed through Sky was to sell exclusivity - the sense that you were getting something your next door neighbour wasn't. Face it, if Sky didn't exist, we'd be watching new episodes of Game of Thrones on BBC2 or Channel 4. Along with the footy. All your subscription buys you is the chance to see the episode/match before anyone else does.

A couple of thoughts: where does that leave BT Sport in that equation, and also - am I the only person left in this country that couldn't give a flying f**k about whatever Game Of Thrones is?

I don't know what Game of Thrones is either.

Unless it refers to the Ruritanian comedy at Windsor and in Buckingham Palace and the House of Lords. All of it in the year 2016.

The sooner that bastard and his ill shit is kicked out, the better anything decent in the media can survive.

If they want to?