You can tell that the right-leaning press believes that the Labour Party is in trouble when it spends rather too much time giving it oh-so-friendly advice about how it ought to go about choosing a new leader. It’s a sickeningly patronising spectacle, seeing the likes of the Telegraph saying “I say, you Labour chappies, pay attention now and let us look down our collected noses at you”. And it’s total crap. 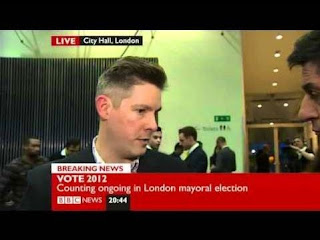 And it would help if the paper’s leader writer and pundits could agree their attack lines, which, sadly, they do not. “The Labour Party is in trouble. There is a battle for its heart and soul raging – and it is unclear who will win. On one side stand union leaders and Left-wing activists, who refuse to acknowledge the mistakes of the past. On the other are modernisers with their eyes on a more moderate future” tells today’s editorial.

But then comes the assault on the Unions: “Unions, properly managed, can do a fine job in representing their workers. But sections of their leadership are militantly Left-wing …union leaders regard themselves as defenders of the faith of socialism, yet their impact upon the lives of the people who use the services they staff can be baleful. They can be harmful to the Labour Party, too”. Like providing funds, which is, er, not particularly harmful.

But Union leaders - who are, the Tel maneges not to tell readers, elected by their members - are branded “militant”, with Len McCluskey of Unite singled out for special treatment: “Labour should take a long hard look at the union militants and ask itself: ‘Do these people wield too much power?’” And the answer is that they do not - the Tel leader writer would have found that out by asking one of the paper’s own pundits.

The Tel’s less than celebrated blues artiste Whinging Dan Hodges has had an attack of candour, telling “Harriet Harman and Labour general secretary Iain McNicol have successfully resisted pressure to ‘amend’ the new leadership election rules agreed by the party at last year’s special conference. That means that under the individual member voting system, the union’s influence on the process will be significantly diminished”.

But then he blots his copybook by claiming “Another contentious issue is Europe. The referendum Ed Miliband fought against tooth-and-nail is coming. And again, Labour is wholly unprepared”. Andy Burnham headed that one off on The Andy Marr Show (tm) this morning. But Dan wants the new Labour leader to know that “Number one will simply be to get a grip of a party that is now in serious danger of losing its head”.

How long is it since the General Election? Ten days. But here we have the Telegraph and its pundits, despite their confusion, trying to push the line that, because there are a number of candidates putting themselves forward for leadership and deputy leadership, but not necessarily the ones the Tel wants, Labour is finished, or close to it. We have of course been here before, like in 1997, 2001 and 2003.

That party was also written off. It was the Tory Party. Am I getting through, Tel people?
Posted by Tim Fenton at 17:25

"But then comes the assault on the Unions: “Unions, properly managed, can do a fine job in representing their workers." How many times have you heard that caveat over the years to give the impression that have a centilla of respect for millions of union members. I have also heard Jim Murphy being described as a 'respected voice'. Whatever Ed Miliband's tactical shortcomings, he's got nothing on Murphy.