Mil The Younger has returned from his brief post-election break with wife Justine on the island of Ibiza, and has been talking about where Labour lost that election. And, ever ready to misrepresent him in the most creative way possible are the perpetually thirsty Paul Staines and his rabble at the Guido Fawkes blog, who have posted an item fraudulently titled “Ed In Denial”, which he is not. 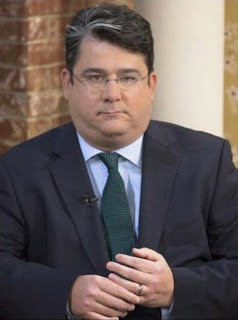 Feared. But only by cheap furniture

The Fawkes folks quote George Eaton of the Staggers as proof of veracity: “having returned from his holiday in Ibiza, I’m told that Miliband has been advising MPs on the lessons to learn from the defeat. The former leader has told colleagues not to listen to figures such as Peter Mandelson and not to turn rightwards, according to sources. “'He’s not staying out of it,’ one Labour insider told me (although the former leader will not be endorsing a candidate). Miliband is said to have emphasised that his party lost due to the failure of millions of notional supporters to turn out … Left-wingers have argued that this demonstrates the need for a more radical offer to enthuse this group, rather than a more moderate pitch aimed at winning over Conservative voters”. 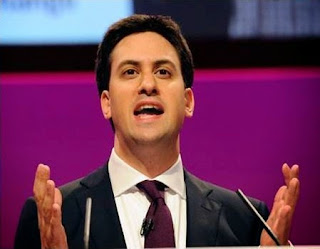 However, and here we encounter a significantly sized however, there is a teensy omission in the Fawkes transcript of Eaton’s article. You see those three dots in the previous paragraph? Here’s what was there before the Fawkes rabble cut it out: “The pollster Ipsos MORI has used the term ‘lazy Labour’ to the describe the 2.9 million who supported the party in pre-election polling but did not go on to vote”.

The URL for the post suggests the title may have been amended: it specifically says “Miliband blames Lazy Labour for defeat”, which could be construed from the selective quote from the Staggers, but, as can be seen when the missing sentence is reinserted, is bunk. The suggestion was put there by pollsters Ipsos MORI.

So far, so selective, and the Fawkes Twitter feed duly told that “Miliband Blames 'Lazy Labour' For Defeat”. But then, others, who work for supposedly reputable newspapers, merely took this and blithely repeated it. Jason Groves, deputy political editor of the Mail, was typical: “Love this: Miliband tells friends he had the right policies but Labour supporters were too 'lazy' to vote for him”.

Just what the legendarily foul mouthed Paul Dacre wants him to say, one might think. Also perhaps approving of this line would be those in the service of Creepy Uncle Rupe, and so no-one will be surprised that the serially clueless Tim Montgomerie asserted “Here's that #LazyLabour thing that Ed Miliband reportedly thinks lost him the election”. Except Miliband didn’t think or say that.

So even after Miliband leaves the Labour leadership, the Fawkes rabble and their press pals are still smearing him. The vindictive glee is sad, but predictable. It’s rather an odd way for some to get their jollies, but that’s the rabid right for you. Another fine mess.
Posted by Tim Fenton at 08:19