Some people never learn, and within the larger part of the Fourth Estate that has eschewed such niceties as the Leveson proposals and stuck its fingers up to all those inconvenient victims of press misbehaviour, it seems they are not interested in such things. That is the only conclusion that can be reached after observing the latest Twitter foot-in-mouth excursion of the Sun’s clueless PR chief Dylan Sharpe. 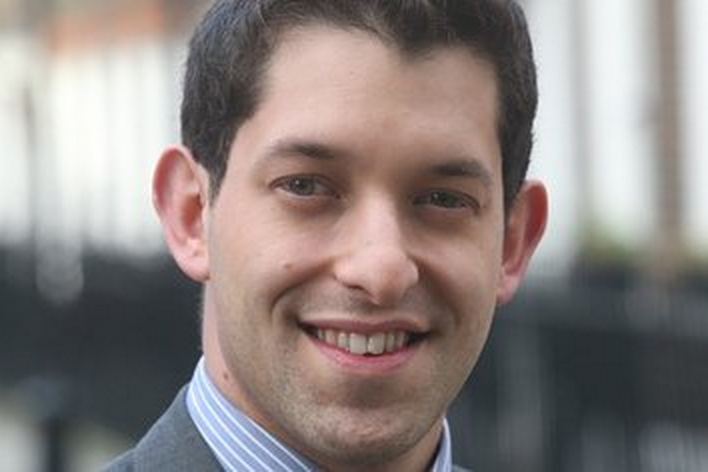 May soon be smiling on other side of face. Hopefully

Sharpe, a deeply immodest man with much to be modest about, managed to outdo even his sending unsolicited photos of topless women around Twitter as some kind of jolly jape as he decided to take the mickey out of those suffering in the wake of the Nepal earthquake that has left thousands dead and many more homeless. He must have thought all those Clever People Who Talk Loudly In Restaurants would be terribly impressed. 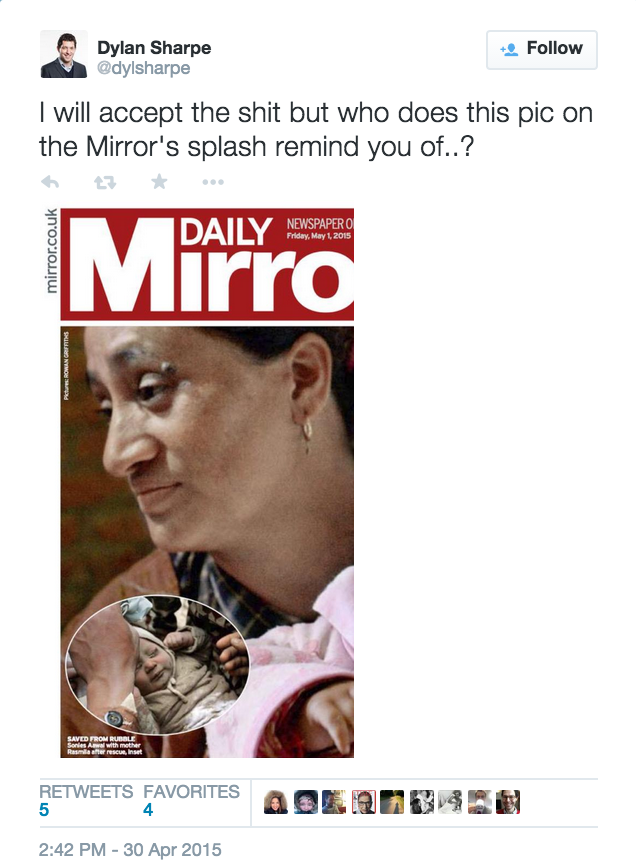 The Mirror had splashed on a mother whose baby had been pulled alive from the rubble. For many, this would have been off limits, but not to the sneering Sharpe: “I will accept the shit but who does this pic on the Mirror's splash remind you of..?” he sniggered into his reassuringly expensive latté. He was trying to suggest that the baby’s mother bore a resemblance to Mil The Younger. Laugh? I thought I’d never start.

So who would stand in solidarity with the Sun’s chief spinner? Would all those right-leaning blogs like to make a positive gesture? Sadly, none of them were prepared to support him. The first responses tried to suggest that he should have thought this one through before opening mouth and inserting boot. “Mate …” suggested Luke McGee. Jim Waterson’s response was rather similar. Sharpe was unmoved.

He was so unmoved, in fact, that the offending Tweet was still there late this morning. Steve Akehurst also tried a gentle nudge: “Not cool” he observed. Chas McPherson went further: “Really? Political point scoring over a tragedy? Have a word with yourself”. It’s doubtful that Sharpe would do that, unless his employers caused him to. 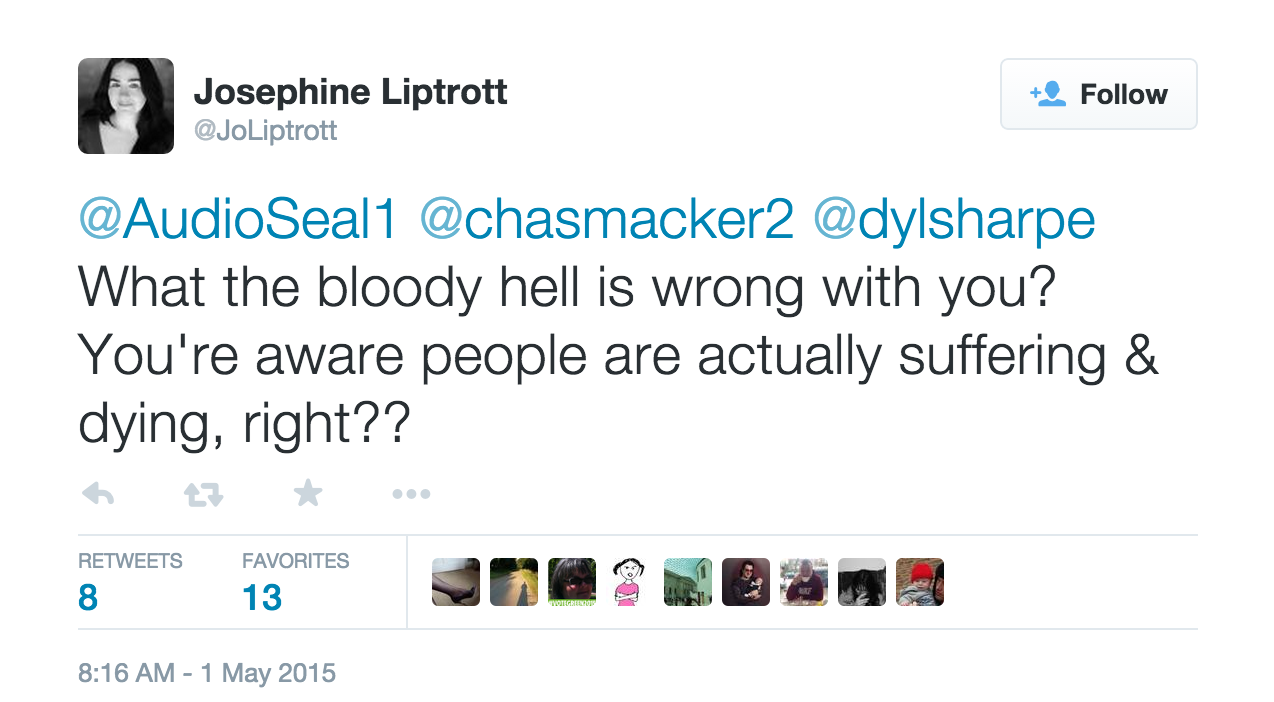 Even a Tweeter telling him “you need help” did not elicit any sign of regret. Josephine Liptrott abandoned subtlety and tried to put him straight: “What the bloody hell is wrong with you? You're aware people are actually suffering & dying, right??” she told him, but then, awareness is not necessarily a requirement when you’re a Sun spinner.

Sharpe was still unmoved when Yes Matters observed “the sun, why am I not surprised”, followed by the hashtag #notallsunknobheads. There was an all too obvious reply waiting for that one: “I think it's safe to say ALL at the sun are knob heads”. So did Sharpe say sorry? Did he reconsider his actions? Predictably, that would be no, and no.

The only thing that will significantly modify Sharpe’s behaviour is if Creepy Uncle Rupe decides that his empire can get along without the Sun’s chief spinner’s services, and hands the SOB his P45 - and PDQ. On the basis of this latest Twitter exhibition, that moment cannot come quickly enough.
Posted by Tim Fenton at 13:01

"whatever it takes to secure a Tory government" was the reply I got from someone muscling in on my twitter conversation with someone yesterday.

There is literally nothing that the Murdoch Press and their supporters won't stoop to.

We can complain long and loud but they are shameless.

By now, a Kipper would be claiming his account had been hacked.

Sadly if the Sun will tolerate the appalling Katie Hopkins they're unlikely to anything about this wazzock.