In the classic British crime film The Italian Job, chief mafioso Signor Altobelli is asked how the English can get out of Turin with the gold they looted from the Fiat car company’s convoy, while the city is paralysed by a traffic jam. “If they caused this jam”, he reasons, “they must have figured a way out”. When Nick Clegg took the Lib Dems into coalition with the Tories back in 2010, it seems this was one film he had not seen. 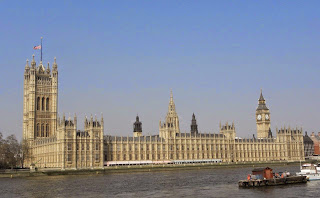 The party’s euphoria at returning to power after 88 years meant that dissenting voices were drowned out. As results came in after Thursday’s poll, I spent some time talking to one of those who had dissented; Linda Jack was once again the party’s candidate for the Mid Bedfordshire constituency, and for her the procession of defeated colleagues was borne with dignity and sadness - but little surprise.

There are few genuinely nice people in politics; Linda is one of them. And at least she retained the support of enough voters to save her deposit, unlike so many across the UK. She readily agreed with my thought that Charlie Kennedy would never have gone in with the Tories: that was the moment it all went wrong. The party offered not to support him when his problems mounted, but to change leader.

From a brief interregnum under Menzies Campbell, the Lib Dems chose Clegg, and it seems the idea of ministerial power and its trappings were something to which he and those closest to him were highly susceptible. The lessons of how Stanley Baldwin had marshalled the Tories, exploited the then Liberal Party’s divisions, and then almost wiped them out through a series of coalitions and elections, was ignored or forgotten. Nick should have listened to Linda

Now the party is back to where Jo Grimond found it in the 1950s. And now it needs someone of Grimond’s stature to rescue it once more. He understood especially the British failure to engage with Europe, and his speech in April 1960 on Britain’s place in Europe was one of those “Read and weep” moments: “we urged [the Government] to go in and take the place which this country could claim, as a leading European power”.

It took Grimond over a decade to turn the Liberals from a party that could indeed be fitted in the back of a London taxi into one that could win seats across the country. After he handed on the leadership, it took another 38 years to eclipse David Lloyd George’s 1929 total of 58 MPs. Sadly, while Mr Baldwin needed a decade and a half to decimate the Liberals, Clegg going in with the Tories needed just one Parliament.

What, then, would Linda have done? It was all too obvious: getting too close to the Tories had been fatal before; it would be so again. Confidence and supply, vote-by-vote: these were the kinds of ways in which Clegg should have used the party’s influence. But in the post-2010 euphoria, those voices were drowned out in the chorus of Coalition applause. Last week, the succession of defeats showed who had made the right call.

Many good men and women paid the price for ignoring that warning from history: Jo Swinson, Danny Alexander, and yes, Charlie Kennedy in Scotland, Vince Cable, Simon Hughes, Ed Davey, Julian Huppert, and so many others in England. Linda was right. But what is done is done, and it will be another generation that rediscovers the spirit of Jo Grimond, and hauls British liberalism back from the dead once more.
Posted by Tim Fenton at 14:04

Clegg just wasn't the man. A pale imitation of Blair. Even with a coalition they should have squeezed PR out of the Tories, but Clegg made one strategic error after the other.
With the two main parties partially superimposed in the centre, there isn't space for another party of the centre, and hasn't been since 1924.

The fact is also that the Tories will lie and cheat to get what they want. They are naturally dirty politicians with large chunks of the press prepared to do their dirty work for them too.

The Scots learnt that post-referendum very quickly and that was reflected on Thursday,

The Lib Dems made a big mistake in ditching Charles Kennedy in 2006 - he had taken them to their best post-1945 result in 2005, and done well in 2001 even in the face of an all-successful Tony Blair in charge of Labour. Kennedy had a bit of a drink problem, but so did Winston Churchill. And Kennedy was the one senior figure who saw the danger of the Tory coalition.

Clegg has led the party to a defeat which in terms of percentage of seats is even worse than that of any post-1918 major party leader (even that of Labour under Arthur Henderson in 1931). And undone all of the achievements of Steel and Ashdown in incorporating a section of the Labour right wing in the form of the SDP, and building the party through tactical voting, under Ashdown and Kennedy. Clegg will likely go down as the figure who did more than anyone else to destroy the party, reducing them to the levels of seats they had under Clement Davies in the 1950s.

Representation for the middle ground voter has been wrecked, utterly wrecked.
I firmly believe that there is a huge section of the electorate that despises the Tories for their social policies but agree with some of their fiscal ones, and think the opposite of the Labour party. The Liberals need to regain that ground, there are al lot of us that fall naturally into that ground but we're now adrift.

Probably what is worst of all - does anyone have a clue to what the Liberal Democrats stand for?

Yes OK they had a manifesto. Just like 2010, when Clegg thought Brown was a busted flush so the only way to get into power, which is what any politician wants, ask Ken Livingstone, was to enter into the Unholy Aliiance with a party that had almost diametrically opposite views on most areas of policy. So what value to place on any future manifesto when the only way to get power is to cosy up to any party which has gained power but insufficient majority to guarantee survival?

The only real concession they received was the referendum on proportional representation which they completely cocked up.

Under the two party system they were the anodyne "protest vote". Now why would anyone vote for them?

Their new leader must think up a good reason for their raison d'être pretty fast.

Charles Kennedy had genuine appeal across the parties - Clegg has never had anything like his stature. 'Cleggmania' was a construct of the media which delivered nothing electorally.

I remember seeing Hague and the rest of the Tory negotiating team swaggering along the pavement to a meeting with their LibDem counterparts and thinking the LibDems had no idea what they were getting into. It seemed obvious the Tories were in it for themselves and couldn't care less about the effect on the LibDems. The LD conference to agree to the coalition wasn't broadcast, but many LDs were live-tweeting it and there was a great deal of naivety in the way they believed what they were being told about what it would do for the party.

And in the election, Clegg's main pitch was 'We selflessly sacrificed ourselves for the good of the country'. I'm not sure if he really believed that, but it turned out to be true. They've been totally crushed.

I wish the LibDems well, but until they stop talking as if they've been dumped by an ungrateful country, and start realising they did themselves out of their 'market share' by becoming identified with the Tories, they're going to be in their London taxi for some time.

I felt massively sorry for Charles Kennedy as the results came in. I always felt he was a decent man, and summed up everything that was best about the Lib Dems. He opposed the Coalition in 2010 and yet he paid the price for it, while Clegg hung on to his seat

A bit harsh on the Lib Dems, I think. Had they put party interest first, they would have stayed out of the Coalition and benefited massively from the unpopularity of the Tory cuts. But - they claim - the UK needed a stable government to calm the money markets and maintain our credit rating which was under pressure. You never know - they may just have been telling the truth.

Swissfrank: Nah. Clegg and the others wanted ministerial seats. A minority Tory government supported issue-by-issue would have been better for the country, as well as keeping the party alive.