While the loathsome Toby Young continues to bang the drum for the Free Schools programme - that would be the programme that went a whole billion quid over budget some time ago - it seems that all may not have been well in the recent past at the West London Free School (WLFS), of which Tobes is CEO. My attention has been drawn to comments apparently made last month by Grant Thornton UK LLP. 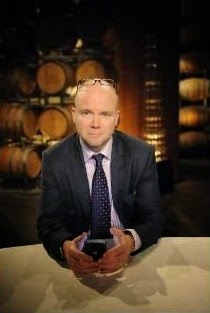 Yes Tobes, I'm putting the question to you

These concern both Bank Reconciliations and Management Accounts pertaining to both the WLFS Primary and WLFS Secondary schools. Grant Thornton have made their comments in their role as Statutory Auditor. As with any previous posts on Zelo Street concerning the WLFS and money, the reasoning is straightforward: it’s our money. As taxpayers, we have a right to see that it is being accounted for.

Here is what Grant Thornton have said.

What the Statutory Auditor said

Note the wording: “bank accounts must be reconciled regularly”, and “requires each Academy Trust to prepare”. These suggest that the activities concerned are not optional ones. So the question has to be asked as to why those activities appear not to have been undertaken.

Were the apparent omissions connected to the tenure of Sam Naismith as head teacher, which was brought to an end not at year end, or even between terms, but during term time in May 2014? How can taxpayers be certain that all monies paid from public funds to WLFS during the periods described in the Grant Thornton statements can be accounted for? What corrective action has been taken in respect of the apparent omissions?

Remember, Tobes and pals over there at the WLFS, and out on the right, it’s our money.
Posted by Tim Fenton at 10:44

And then, of course, there are the poor children, whose future is being gambled.

Its another Bradford Kings Academy. Seemingly to provide vast amount of income for the operators, not to educate children.

Really Tim do you expect Tobes to know?

He,as CEO,probably had as much idea of what was going on as Ms Brooks did at NOTW and The Sun.

But it's more important that the demise of the NOTW or the level of integrity at The Sun - as another commentator points out it's somebody's children's future at stake they are messing up with their experimentation just like what the coalition have done with the NHS.

I note that one of the categories of supplies over £10,000 which had not been put out to tender, in contravention of the regulations, was sports coaching. Sam Naismith's hockey mates, by any chance?

Send in Knacker of the Yard. Its the only language these people understand. Good enough for benefit 'scroungers' and we are talking about many 10s of thousands of pounds seemingly not accounted for just at two of these money pits.