After it was revealed that the Police had caused phone companies to hand over sufficient information for them to be able to identify the sources of the Sun’s non-bullying political editor Tom Newton Dunn, the penny finally dropped, and there was much righteous outrage against the surveillance state, of the kind that was conspicuously absent when the deeply subversive Guardian tried to alert the world about the same kind of thing. 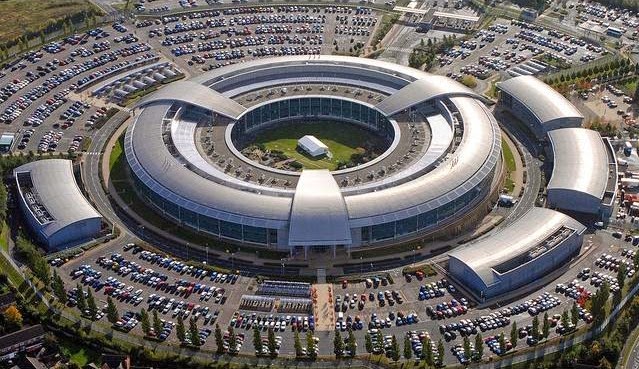 Speak up press chappies, we can't quite hear you

Then, other papers - the Telegraph was particularly sanctimonious in this matter - told that those who had reported on the Snowden revelations should be subjected to the full force of the law - which law was conveniently not specified - and severely adverse comment was passed on the decisions of Guardian editor Alan Rusbridger. No-one, at this stage, had anything to fear, so long as the Sun wasn’t on the wrong end of it.

Fortunately the wake up call was then taken forward by Press Gazette, with its Save Our Sources initiative: “Press Gazette’s campaign to protect confidential journalistic sources launched following the publication of the Met Police’s 56-page Operation Alice Closing Report on the Plebgate affair”. And there was more.

“Press Gazette picked up on a detail in the report that revealed the force had secretly seized the telephone phone records of The Sun’s newsdesk and political editor to track down police officers who lawfully leaked details of former Government chief whip Andrew Mitchell’s altercation outside 10 Downing Street. Save Our Sources called for action to ensure that police could no longer view journalists’ phone records without the approval of a judge”. And, as Jon Stewart might have said, two things here.

One, why did Press Gazette wait until it was the Sun on the wrong end of the rozzers’ attention?  When the cops went to King’s Place to try and put the frighteners on Rusbridger and his journalists, where were they? Where was the campaign when David Miranda was grilled at Heathrow and his property seized? Why not launch that campaign when the spooks ordered the Guardian to destroy two of its computers?

And two, while we’re talking about the Murdoch empire, and saving sources, when is Press Gazette going to campaign on behalf of all those hacks being shopped to the Police as a result of News UK’s Management and Standards Committee handing over evidence which is now being used to prosecute them through the courts? By all means let’s preserve journalists’ sources - and make it all sources, no ifs, no buts.

I see that the Save Our Sources campaign “has been made a finalist in the British Media Awards' editorial campaign of the year category, alongside BBC Worldwide, The Guardian and Vice among others”, and made a finalist for the Paul Foot Award, “organised by Private Eye and the Guardian”. In the latter case at least, it is to be hoped that those questions will be asked and answers sought.

Protection of sources without fear or favour means all of them. With no exceptions.
Posted by Tim Fenton at 13:42

Miranda was arrested and then released. The Guardian launched a legal action.

We covered this all at the time. What the spooks did at Heathrow was wrong and over the top but it was a one-off incident (I've never heard of it happening to a journalist before or since and at Press Gazette we are, I'm afraid, we are really only concerned with reporting on journalists and journalism).

I guess we could have launched a campaign on this, but The Guardian were doing a very good job of covering it themselves.

We would have launched the Save Our Sources campaign whatever newspaper was targeted by the Met Police in Operation Alice.

It just felt like such a gross invasion that if Press Gazette had not gone to bat on this one we might as well have drawn stumps and gone home, as it were.

As it happened, because of the various other legal difficulties The Sun has been in it was not a campaign they seemed to feel they could fight themselves.

But I would emphasise that Save Our Sources is something Press Gazette launched and has run completely independently.

On the final point. We are doing as much as we can to express sympathy and support for journalists shopped to police by News Corp within the constraints of the Contempt of Court Act (because proceedings are active).

I think you are rightthat the penny only really dropped for me on the issue of surveillance after Operation Alice.

I don't have a problem with the police and spooks using surveillance to stop people being blown up. It was the proof they were using it against law-abiding journalists in order protect their own reputations that got me concerned.

Silence from Press Gazette I see...