Hard on the heels of Peter Oborne’s departure from the Telegraph has come the allegation from Labour MP Tom Watson that the paper may be not just be sitting on stories concerning HSBC, but that “They're sitting on a Tory HQ story too”. What this might be did not take long to surface: Chris Bryant had conversed with Matthew Holehouse of the Tel over lunch recently, and part of that conversation was mildly disturbing. 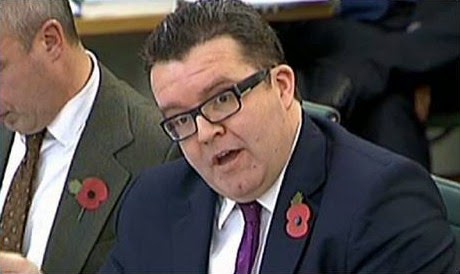 “Chris said that Holehouse claimed he had been accidentally included in a series of email exchanges between senior figures at Conservative Central Office who were speculating about which Labour sitting MPs were paedophiles and how they should deploy this ‘information’” recalls Watson, who was not best pleased. Either CCHQ were undertaking a smear campaign, or were sitting on information that they should pass on to Police.

Watson wrote to Young Dave, who delegated Grant “Spiv” Shapps to reply. The party chairman’s response was unequivocal: “I have reviewed the matter and have not found any evidence to substantiate the claim made in your letter”. Watson then got on to the Tel, which sprayed any potential goodwill up the wall by contacting a Labour press officer in an attempt to cause him to back off. This was not a wise move. 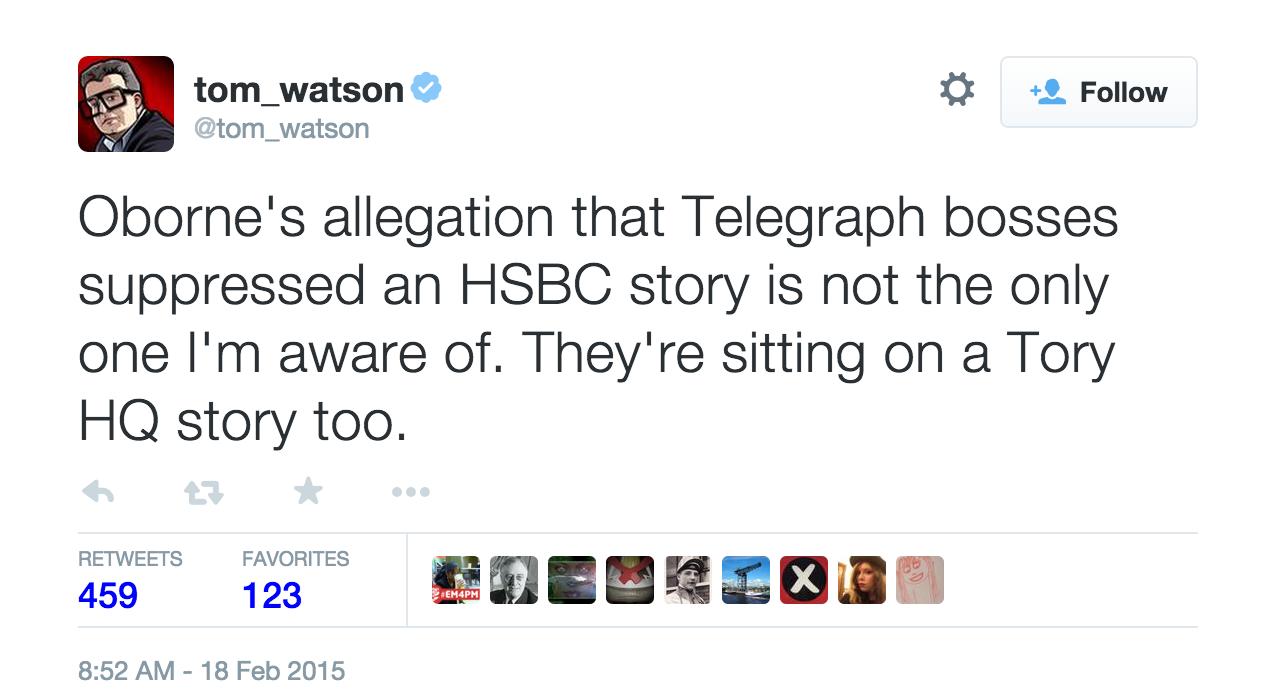 In any event, the paper’s executive editor Ben Clissett then responded to Watson: “Your letter also refers to Matthew Holehouse and emails he allegedly received from CCHQ. I understand this is a reference to a conversation he had over lunch with Chris Bryant MP which seems to have been rather over-interpreted. I believe it refers to correspondence involving senior Labour figures and the Paedophile Information Exchange”.

As Watson notes, “You will see that Mr Clissitt confirms that the emails do exist which flatly contradicts the denial by Grant Shapps … [Chris Bryant’s] recollection of the conversation with Matthew Holehouse is that the allegations related to a number of senior figures”. In the meantime, the perpetually thirsty Paul Staines and his rabble at the Guido Fawkes blog leapt in, quoting a Tory spokesman: “This is completely false and without foundation”. 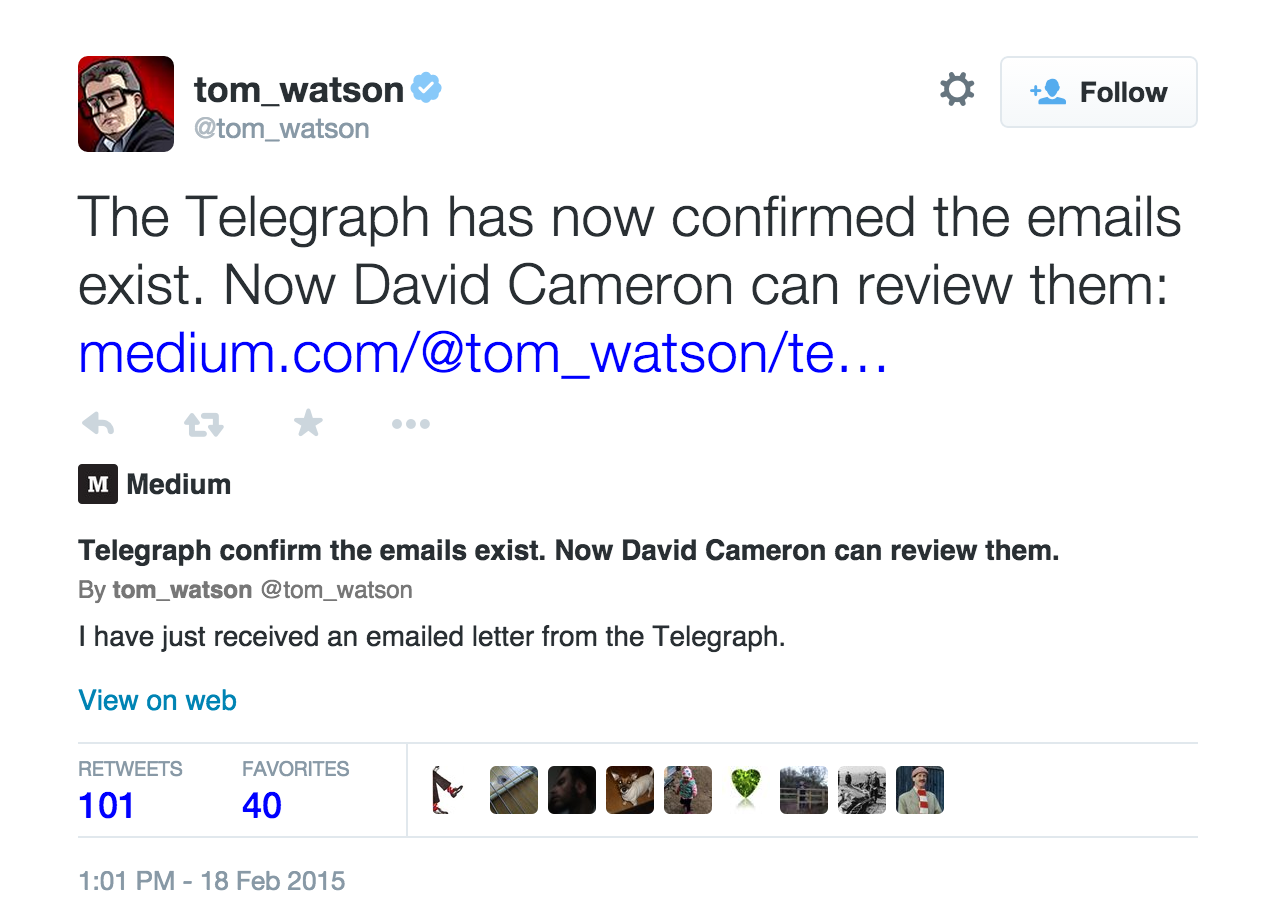 That quote, which is also disproved by Clissett’s confirmation, is not from Shapps’ letter, but it is equally untrue. What is also intriguing is that the Fawkes folks conclude “Let’s see the emails”. Why don’t they ask their pals? Staines’ tame gofer, the odious flannelled fool Henry Cole, is good friends with Mark Clarke, currently at CCHQ, and knows Shapps’ chief of staff. But you all know the answer to that one.

If there is some kind of smear campaign brewing, the effect on the Tory party if it were to get out would be horrendous. The Great Guido supports The Blue Team: Staines was at that fundraiser recently (Private Eye magazine has confirmed this in its latest issue). Whereas this blog would not hesitate to publish such material, the Fawkes blog will not. That they published the CCHQ response as if it were fact confirms it.

The Fawkes rabble helping Tom Watson? They wouldn’t understand that kind of thing if it jumped up and fly-hacked them in the undercarriage. Another fine mess, once again.

[UPDATE 1830 hours: Kevin Maguire, writing at the Staggers only last month, had the same story described by Tom Watson.

"The word is that a cell of David Cameron’s stormtroopers has been speculating which prominent Labour figures could be implicated in allegations of historic child abuse. I hear that an email list has been compiled, should a dirty trick be needed. But electronic messages are dangerous. The compilation of supposed paedophiles was, mutters a snout, inadvertently copied to a Daily Telegraph reporter. Cue panic at CCHQ".

That fits nicely with Holehouse's involvement, and Bryant's recollection. So now there are questions not only for Shapps and the Fawkes folks, but also for the dwindling band at the Tel. Someone has those emails, and knows their contents. Why are they keeping schtum, other than to protect the Tories? All answers gratefully received]
Posted by Tim Fenton at 17:33