UKIP - You Have A Problem

The conclusion of Private Eye editor Ian Hislop that he would be quite happy for both Mohamed “you can call me Al” Fayed, and Neil “A liar and a cheat” Hamilton, to lose the action they were contesting, rings true once again as The Commentator’s Twitter feed, thought to be under the sole control of the humourless Robin Shepherd, has gone off on a rant at one of this blog’s occasional targets. 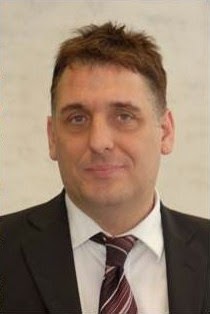 Regular Zelo Street readers may recall that Shepherd had an acrimonious parting of the ways with the appallingly pretentious Raheem “call me Ray” Kassam in late 2013. This had been reported by Iain Dale, who suggested that m’learned friends may have been called in. It was confirmed as that Twitter feed went into meltdown late one evening. The latest rant started late yesterday, and has continued this afternoon. 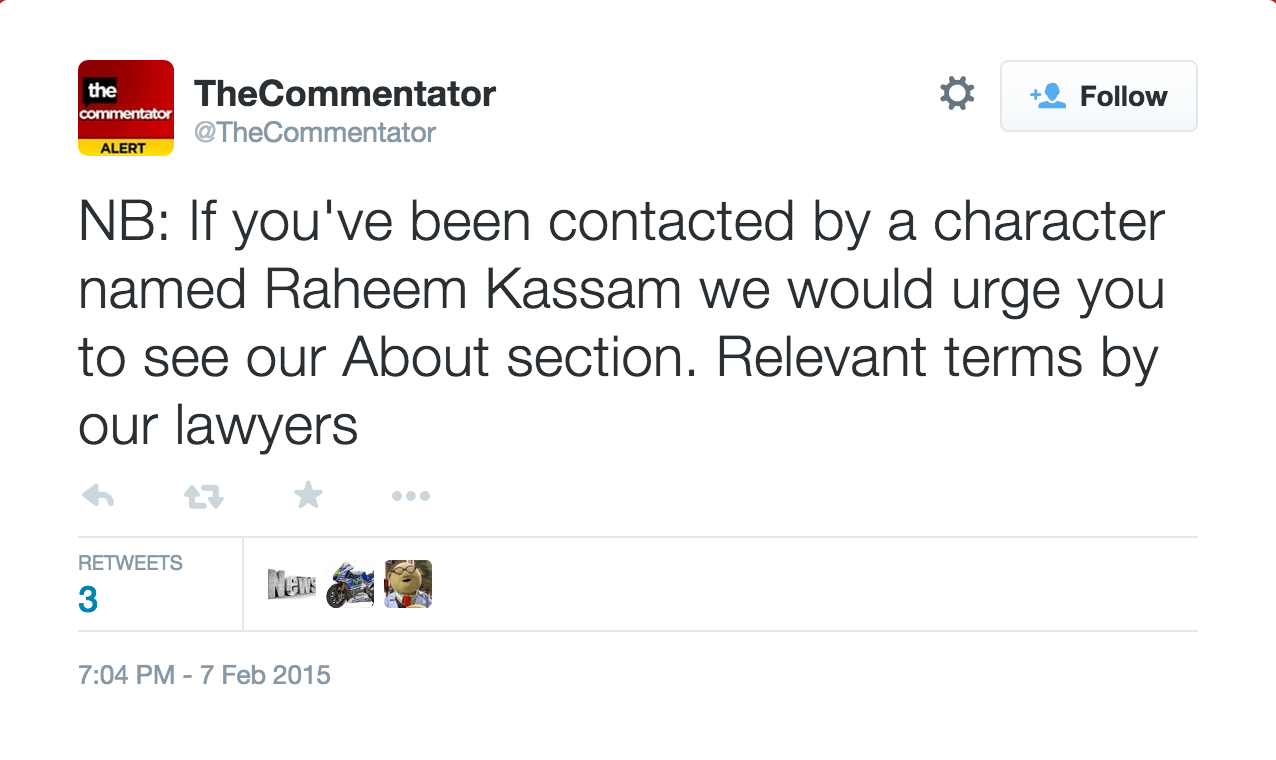 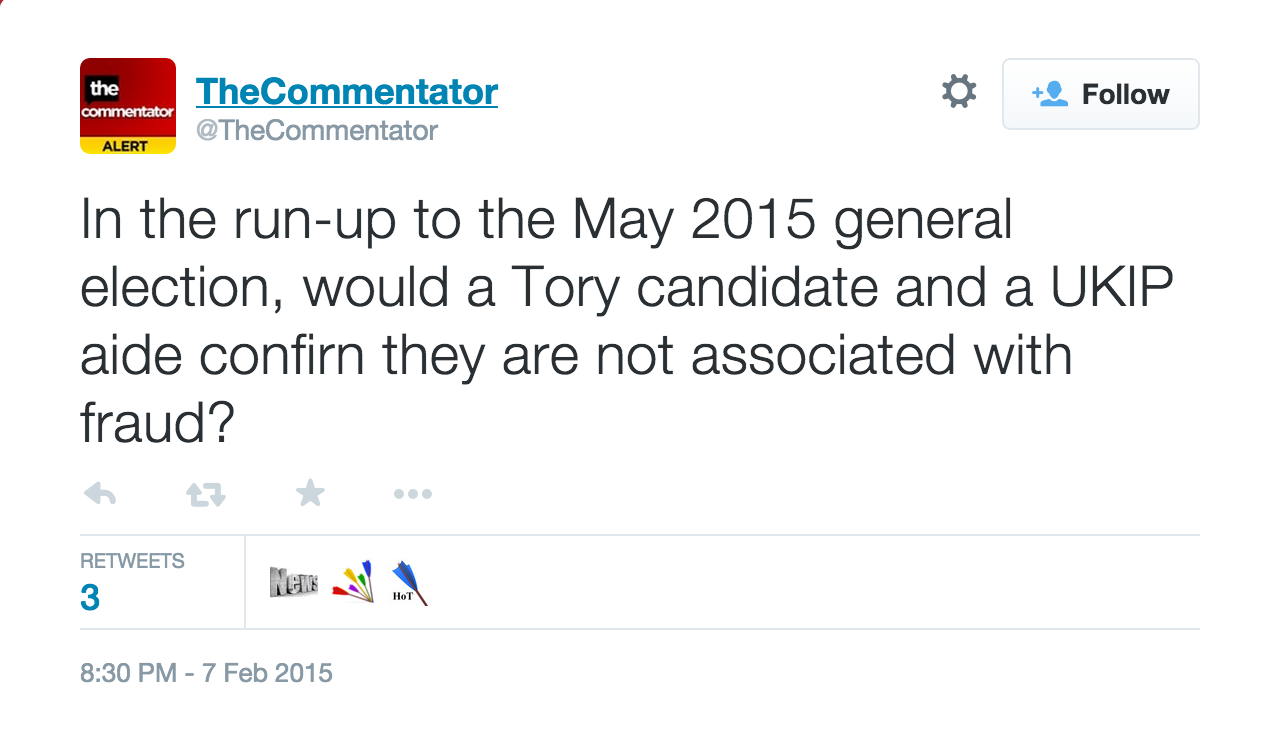 “NB: If you've been contacted by a character named Raheem Kassam we would urge you to see our About section. Relevant terms by our lawyers” began The Commentator just after 1900 hours yesterday, continuing intriguingly “In the run-up to the May 2015 general election, would a Tory candidate and a UKIP aide confirn they are not associated with fraud?” Would The Commentator be up for naming names? 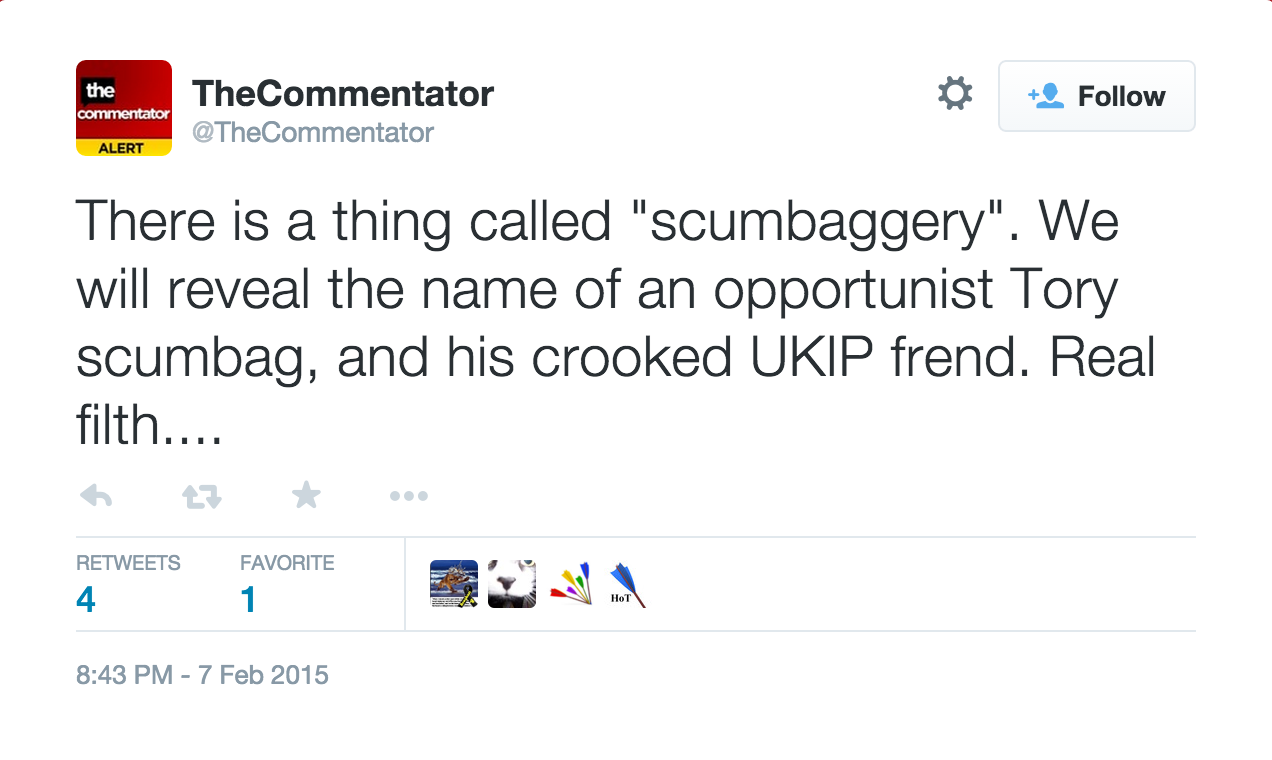 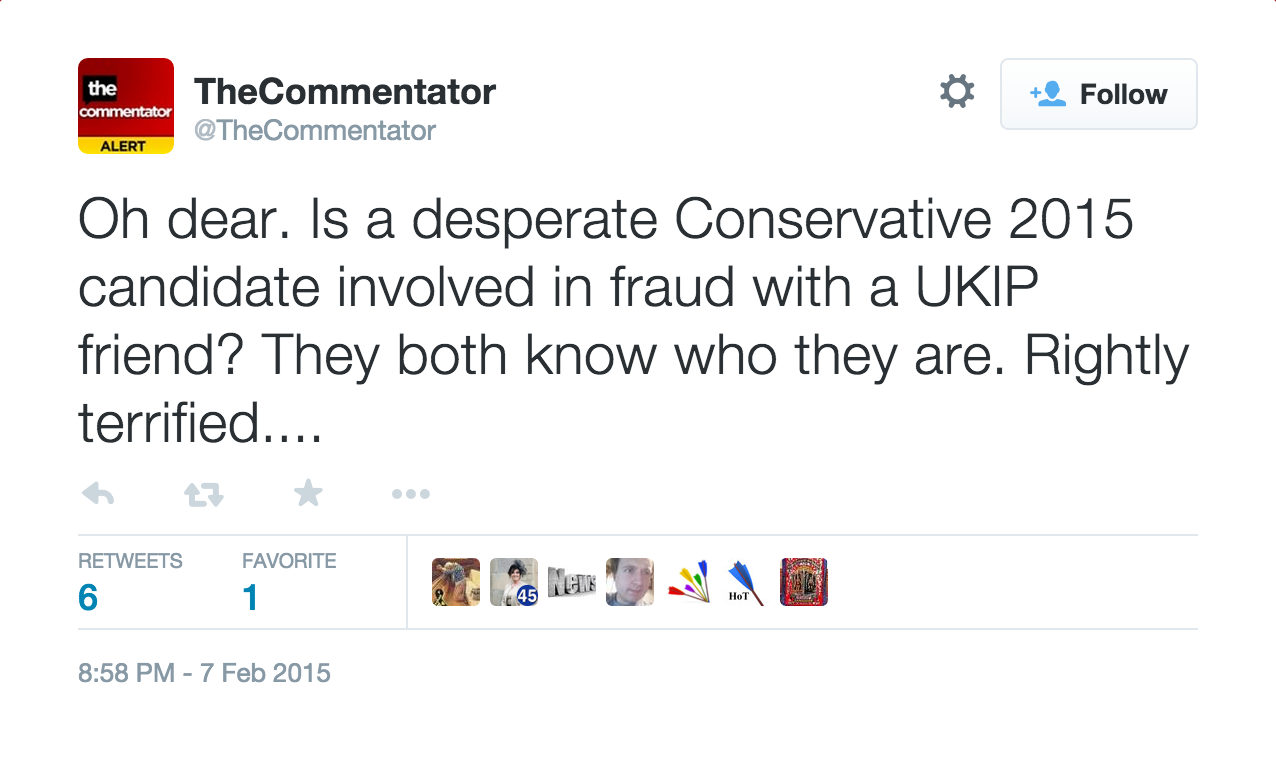 All in good time: first there had to be a little scene-setting. “There is a thing called ‘scumbaggery’. We will reveal the name of an opportunist Tory scumbag, and his crooked UKIP frend. Real filth….”. Yes yes, but come on, name names. “Oh dear. Is a desperate Conservative 2015 candidate involved in fraud with a UKIP friend? They both know who they are. Rightly terrified….”. But what about some names? 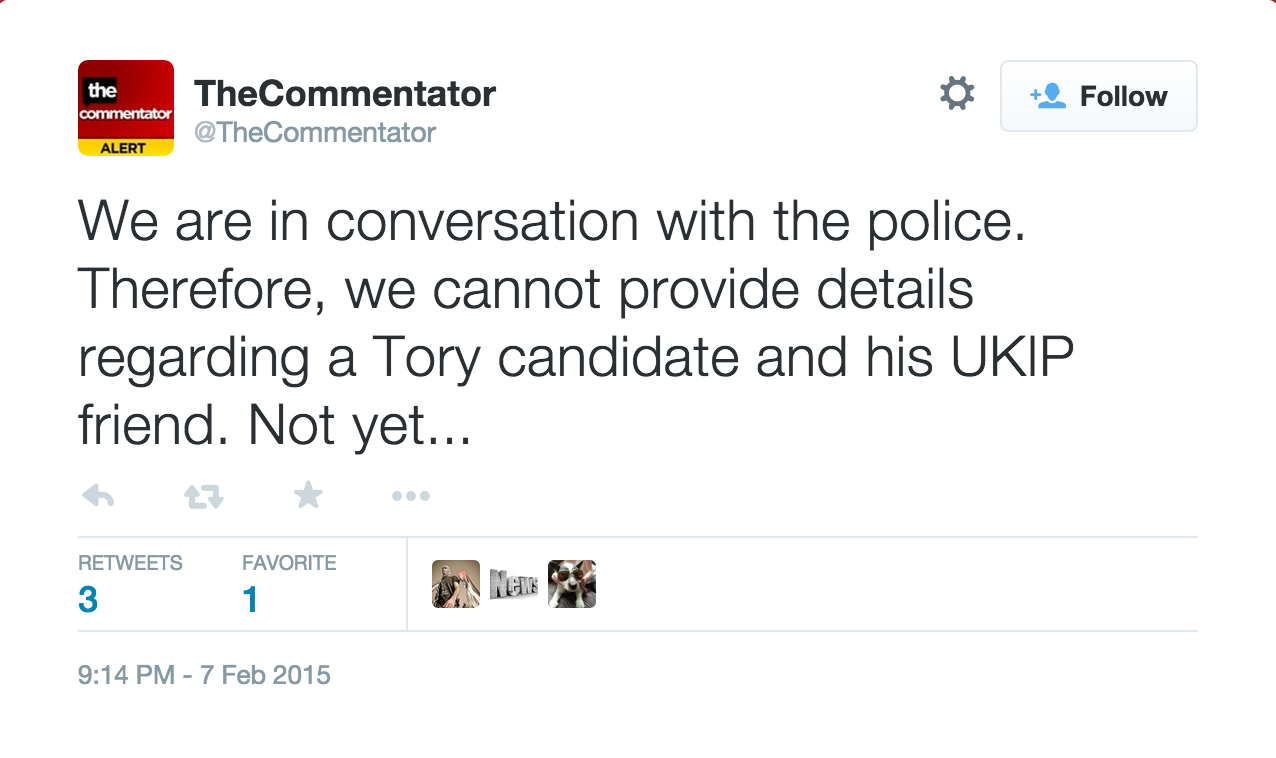 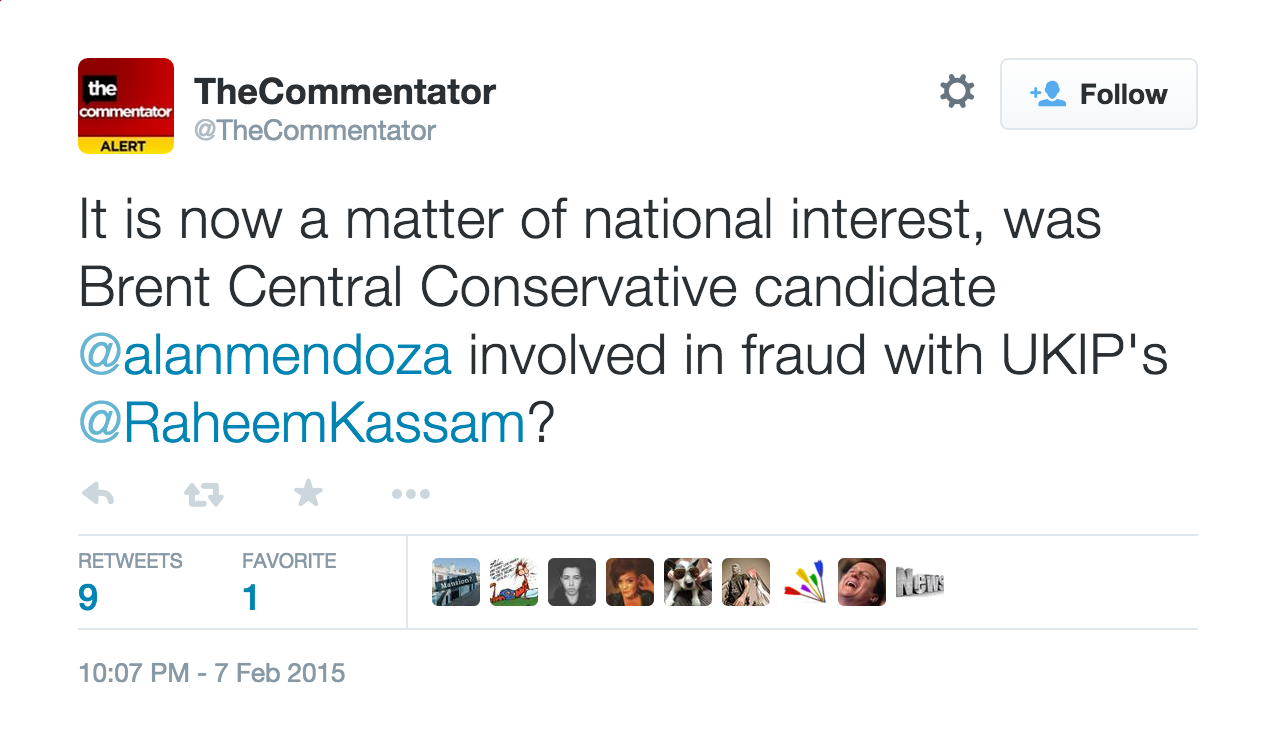 We’re getting there, slowly but, er, slowly. “We are in conversation with the police. Therefore, we cannot provide details regarding a Tory candidate and his UKIP friend. Not yet…”. Give it an hour or so, though, and there’s more: “It is now a matter of national interest, was Brent Central Conservative candidate [Alan Mendoza] involved in fraud with UKIP's [Raheem Kassam]?” Kassam again, eh? Pray continue. 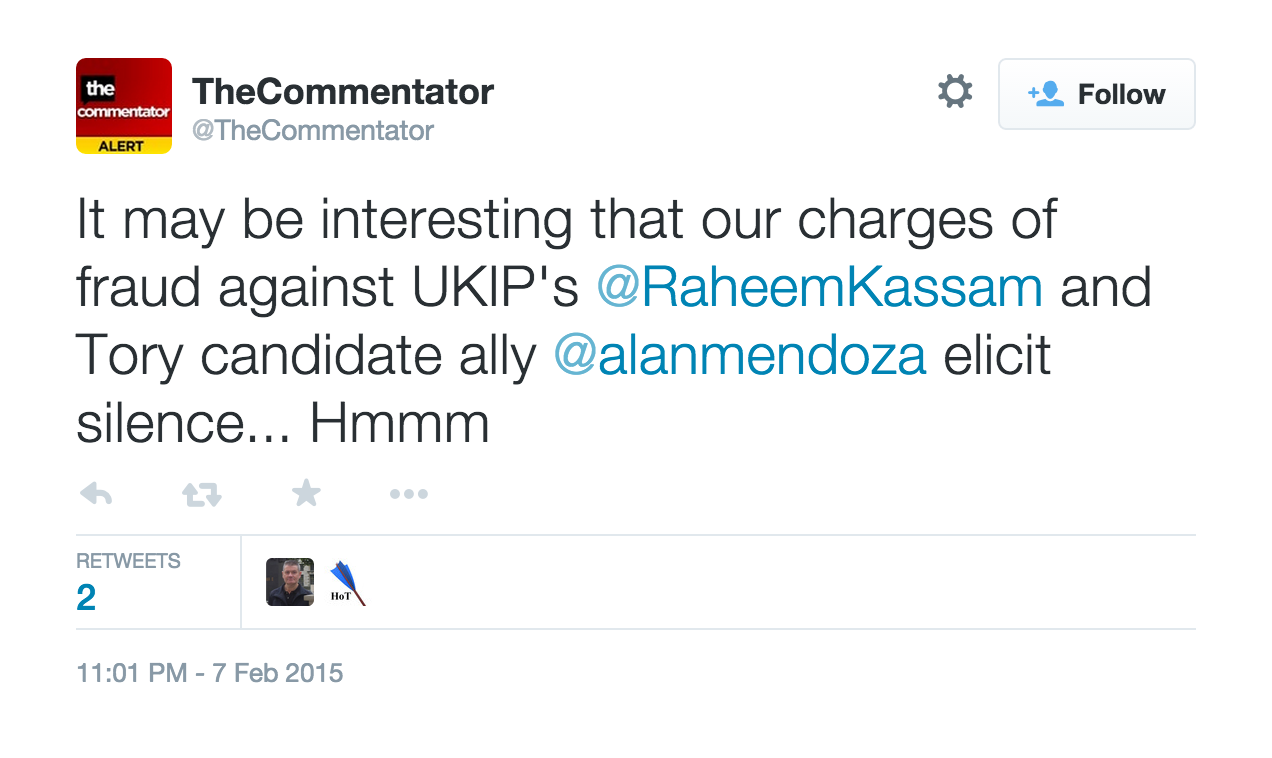 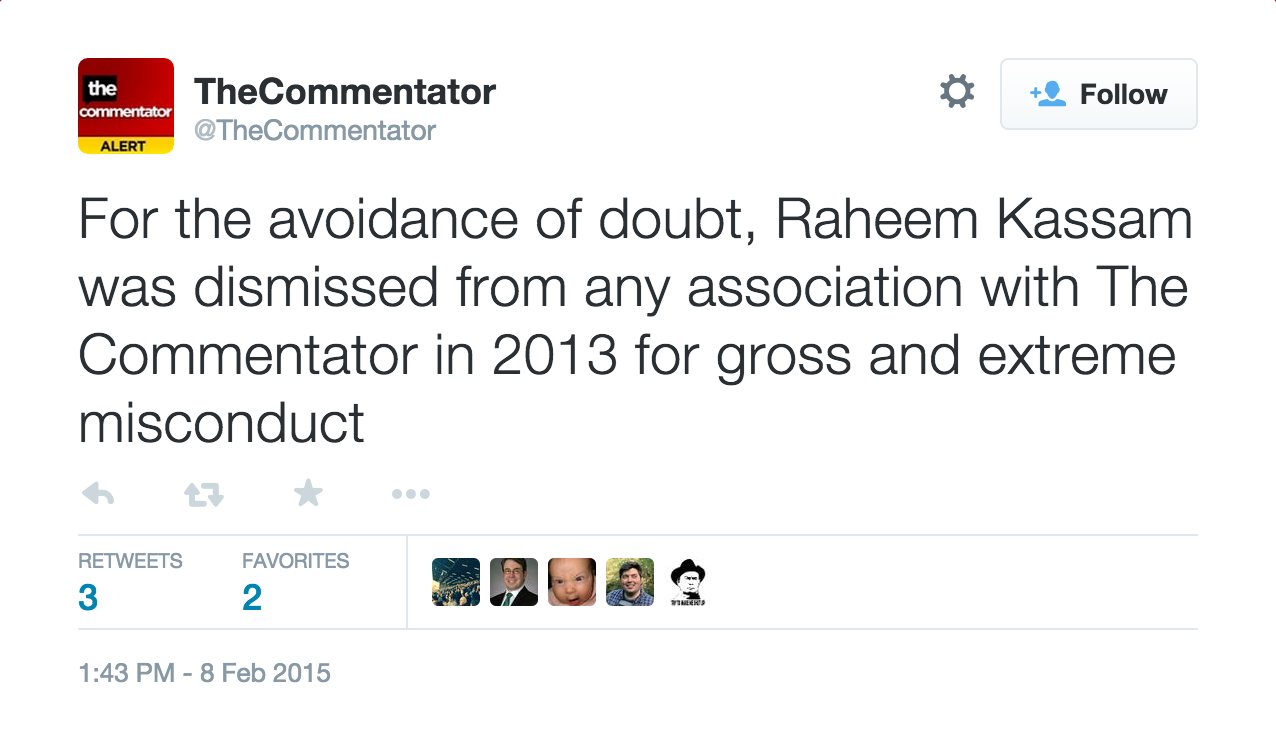 “It may be interesting that our charges of fraud against UKIP's [Raheem Kassam] and Tory candidate ally [Alan Mendoza] elicit silence... Hmmm” [Mendoza is Executive Director of the Henry Jackson Society, and Shepherd is no longer there]. Back to Kassam: “For the avoidance of doubt, Raheem Kassam was dismissed from any association with The Commentator in 2013 for gross and extreme misconduct”. 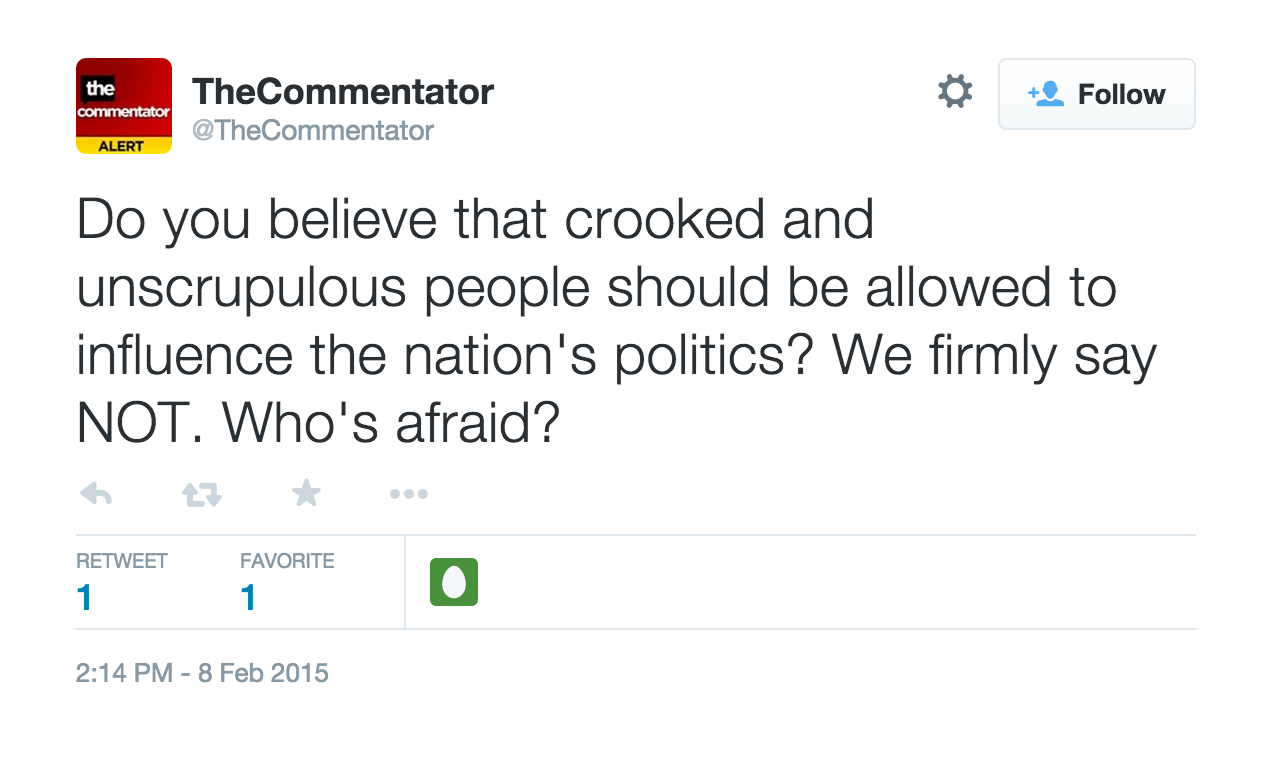 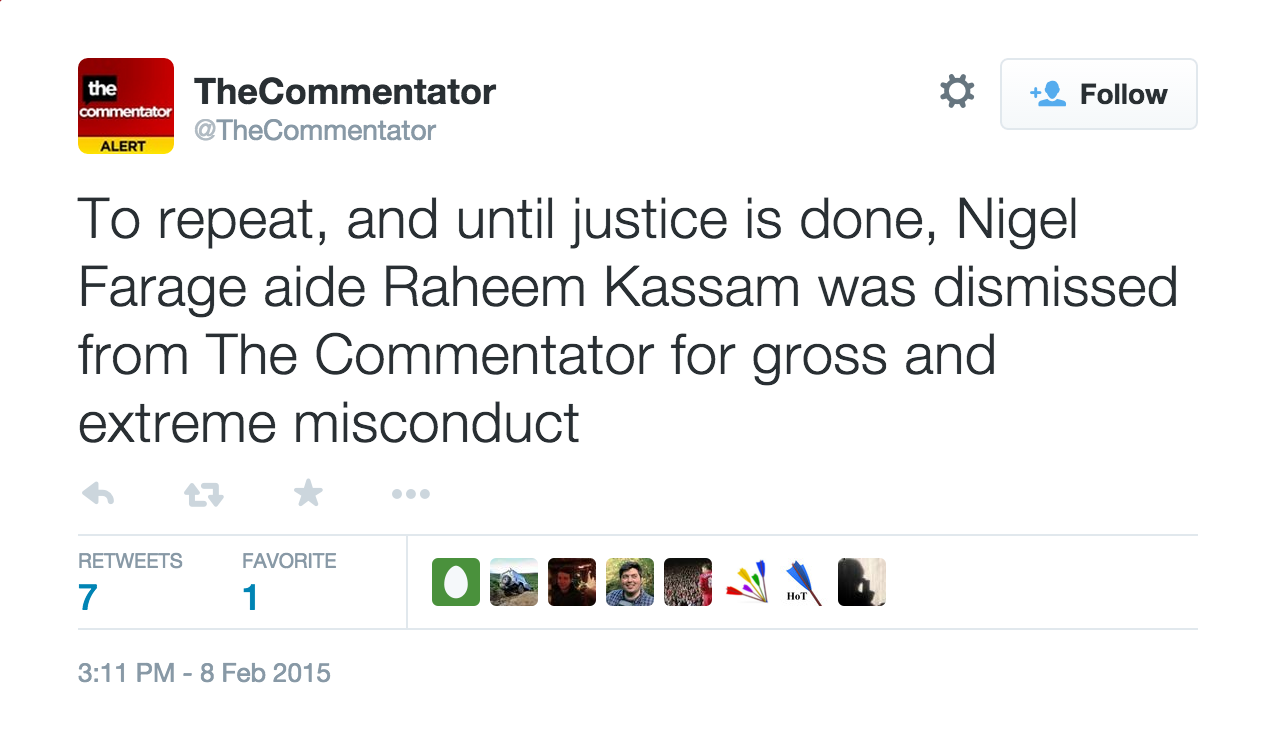 The broadcast finishes with “Do you believe that crooked and unscrupulous people should be allowed to influence the nation's politics? We firmly say NOT. Who's afraid?” and more on Kassam: “To repeat, and until justice is done, Nigel Farage aide Raheem Kassam was dismissed from The Commentator for gross and extreme misconduct”.

The Mendoza issue is a side-show, and anyhow, were there to be a problem, CCHQ could find another candidate. But Kassam is Nigel “Thirsty” Farage’s right-hand man right now, and any distraction will not be helpful. You have a problem, UKIP people, even if Shepherd turns out to be full of wind and piss. What is Nige going to do?

Seeing the righteous right scrapping like ferrets in a sack - excellent spectator sport.
Posted by Tim Fenton at 17:26

I really don't like Kassam, from what I know of him, and have also had differences with Mendoza (aside from party political ones). But I have found the Commentator's insistent taunting extremely wearisome.