Last December, writing in the Mirror, “Shagger” Prescott put it directly: “why the hell hasn’t [Mazher] Mahmood been charged yet?” The former Deputy Prime Minister continued “The judge’s claim that the reporter lied under oath was back in July. Four months have passed and there’s been nothing from the Crown Prosecution Service. I am concerned the Met Police and the CPS are ­dragging their feet”. And there was more. 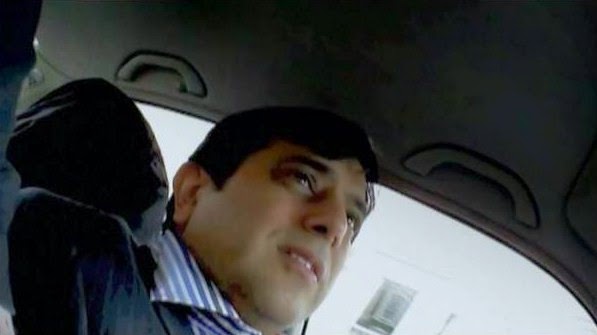 Mazher Mahmood - the net is closing

“I experienced the same inertia when I asked them to reopen the phone hacking case in 2009. Keir Starmer, who was head of the CPS at the time, said he’d contacted investigating officers and been told there was no new evidence. There were bags of it – including the hacking of murdered Milly ­Dowler’s phone. But Starmer took the word of senior police officers with long-standing links to Murdoch papers”.

Well, Maz is still there in his reassuringly expensive Earls Court (sorry, not Kensington) “mansion block”, and he still hasn’t been charged, despite the Panorama investigation and the thought entering that the investigative journalist who said the Fake Sheikh was “a criminal with an NUJ card” was indulging in uncharacteristic understatement. But the Met and the Crown Prosecution Service (CPS) are moving in that general direction. 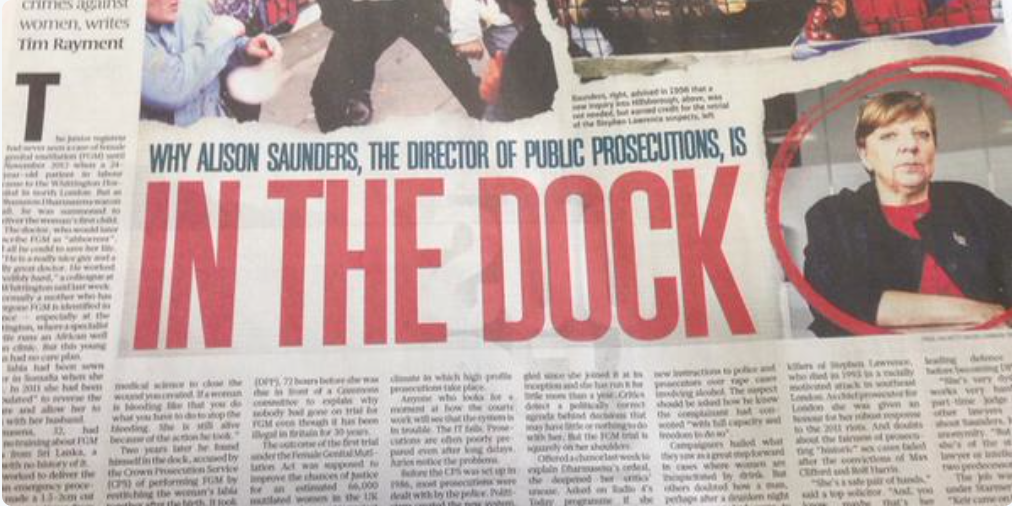 We know this because Creepy Uncle Rupe has set his attack dogs on the CPS - the body that will make any decision on whether to charge Mahmood - and today this has spread from the Sun On Sunday to the Sunday Times, and has been broadened to include a less than subtle assault on Director of Public Prosecutions (DPP) Alison Sunders, the ST telling readers why she is IN THE DOCK.

Meanwhile, the Sunday Sun tells readers “CPS WASTE £7m”, saying “THE CPS has blown more than £7 million on renting offices it no longer uses … Prosecutors ran up the bill after quitting buildings early with huge leases left”. Then along comes the so-called Taxpayers’ Alliance (TPA) to tell “This represents a total waste of money”. That’s the same TPA that kept schtum over Free School costs and Bozza’s vanity projects.

What this tells us is that the Murdoch press is engaging in a deliberate campaign of aggressive bullying against these bodies, and it is doing it for one reason, and one alone - to undermine their credibility. Why papers that like to claim to be on the side of law and order should do that is because they know the likelihood of Mazher Mahmood being nicked is coming ever closer - and they don’t like the idea one bit.

Why should that be? Ah well. Coming on the back of the phone hacking trial, and the continuing trials of other Murdoch hacks, it would be bad news for the Murdoch empire’s own credibility. But also, Mahmood worked with some seriously dodgy private investigators, and equally seriously bent coppers. Public institutions like the Met will carry on, even if past corruption is unearthed. News UK might not be so fortunate.

That is why Murdoch’s minions are desperate. We’re talking a serious can of worms here.
Posted by Tim Fenton at 11:02

"We’re talking a serious can of worms here."
Unfortunately, I very much doubt it.
Phone hacking dented NI a bit, but they still carry on.
I seem to recall talk of David Cameron having lots to answer for re: Coulson, what happened?
Next to nothing.