The dead giveaway of Tory PR is when the Times and Telegraph both splash announcements on their front pages: presented as news, they are anything but, and this morning’s secondhand broadcast to the proletariat that Young Dave and his jolly good chaps think that the workers should be thrown a few more fish sticks out like the proverbial sore thumb. It’s not news, moreover, it isn’t new, either. 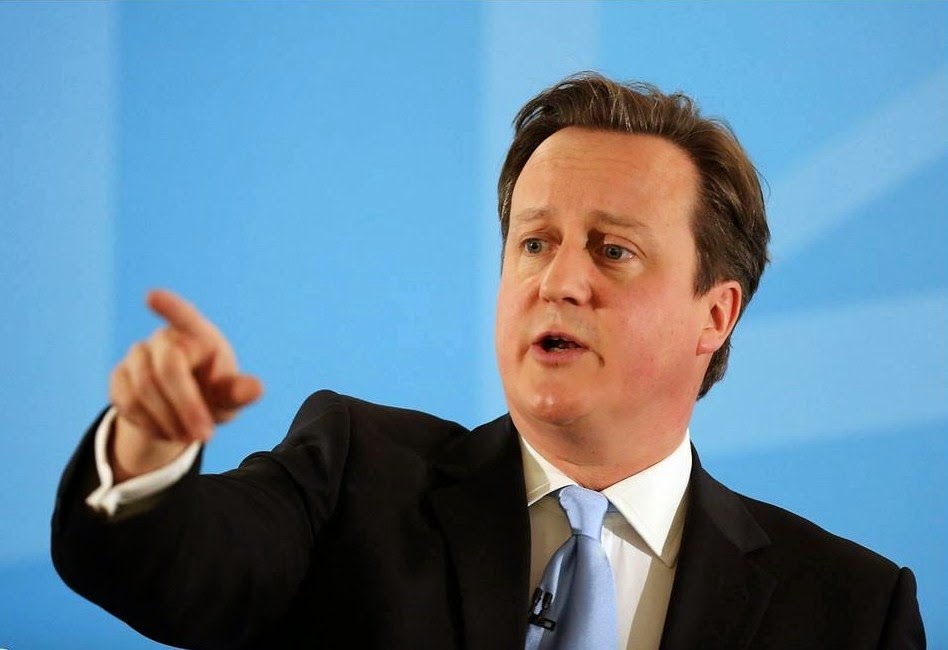 Look over there, a policy we can half-inch! Jolly good sheow!!

As the BBC reported, “David Cameron will urge business leaders to give their workers a pay rise, during a speech to the British Chambers of Commerce later … Speaking at its annual conference, he will say economic conditions have ‘not been this good for a long time’ and will call on firms to increase wages”. One almost expects him to follow that with a trip to the nearest beach to command the tide to do his bidding.

Leaving aside the mildly inconvenient fact that many larger businesses have taken advantage of the less-than-immediate economic recovery to screw over their workers by holding down pay rates - hello Richard “Dirty” Desmond - Cameron knows all too well that saying a little more pay is a jolly good thing is not going to guarantee that anyone at the bottom of the pile gets anything extra. 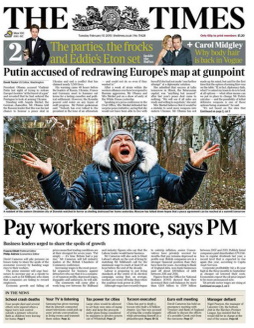 On top of that, something that the Times and Tel are not telling their readers - and, to be fair, the Beeb isn’t mentioning, either - is that this is another example of Dave slagging off Tone and Pa Broon for announcing things more than once on the one hand, and then, er, announcing things more than once on the other. Yes, the call for businesses to pay their workers more has already been made - less than four weeks ago.

Here’s the Mail, from January 16: “Speaking in Washington yesterday, where he was holding talks with President Barrack Obama, Mr Cameron said it was time for workers squeezed by years of austerity to get their reward”. Dave told that “Obviously I want to see companies' success passed through in terms of wage increases … I also support the companies and organisations that can afford to pay the living wage [£7.85 an hour]. It is good. It also helps reduce welfare bills as well”. 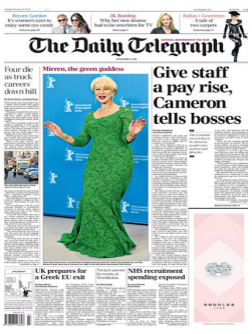 Didn’t have much effect, though, did it? And who was it who, last September, spoke of increasing “the national minimum wage to more than £8 an hour during the next parliament, giving many of Britain's lowest paid workers an increase of about £60 a week”, to much derision by Cameron’s supporters in the press?

The Tories’ party chairman Grant “Spiv” Shapps derided Mil The Younger as “simply not up to the job”, yet it has been Miliband who has said time and again that low pay rates need to be increased, and that there would be a significant pay-off in reducing benefit bills as a result. The Labour leader said it first, Dave and his pals yah-booed him for it, they then nicked his idea, and are so keen on it that they’re already repeating it.

And they wonder why they aren’t way ahead in the polls. The electorate is not stupid.
Posted by Tim Fenton at 10:36

I believe what he means/should be saying is "favourable" rather than "good".

If they had been good interest rates would have been raised long ago. As it is artificially low interest rates can keep finances costs lower if a bank can be found to lend you the money.

I'm waiting for 'you've never had so good'