It will not have escaped the notice of those who study hate crime that the upcoming elections in Israel are seeing outgoing Prime Minister Binyamin Netenyahu suggesting that Jews across Europe should at least consider moving to his country, that this would make them safer, the inference being that they are not welcome in the countries that they now call home. This has been amplified by some commentators. 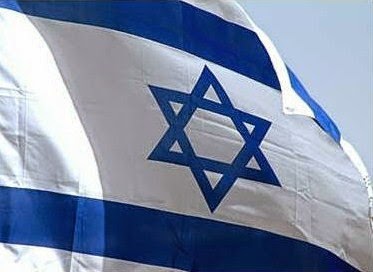 To no surprise at all, one of the most strident is Melanie “not just Barking but halfway to Upminster” Phillips, telling “Even the Church of England is now spooked by UK Jew hatred. But will UK Jews see [the] writing on [the] wall?” Very biblical. Mel also asks “Has appeasement Britain decided to tolerate ‘acceptable levels’ of jihadi terror?” We don’t, as far as I know, tolerate terror in any shape or form.

So are significant numbers taking Bibi up on his invitation? Not according to Stephen Pollard, editor of the Jewish Chronicle, who Tweeted on Monday “3rd call from radio shows asking me about British Jews wanting to move to Israel. And not interested when I tell them there’s no evidence”. Many Jewish communities in the UK are long-established: Britain without its Jewish population would not be Britain.

In any case, the figures for anti-Semitic crime, although there was an increase following the Israeli incursion into Gaza last year, do not appear disproportionately serious (although, of course, any hate crime is unacceptable). According to the Met, there were 358 anti-Semitic offences recorded in 2014. This compared to 611 Islamophobic offences, and 1,481 homophobic ones. One other statistic is important. 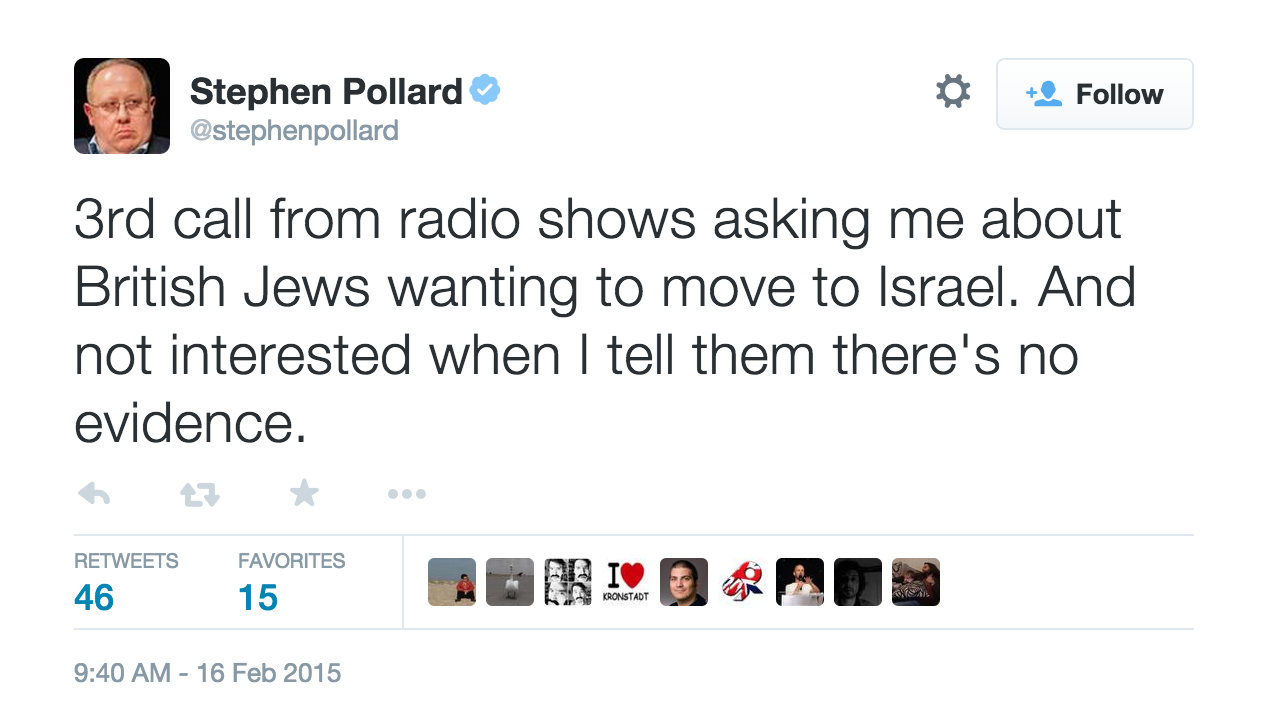 The number of anti-Semitic offences recorded in 2013 was just 169. So there has been a doubling in those numbers, but whether that will continue, given the increased Police presence as a result of recent events in Paris and Copenhagen, is doubtful. There has also been peace of a sort between Israel and Gaza; this too may have an effect. But there is nothing to back up Melanie Phillips’ ranting.

Indeed, when you crunch the Met’s numbers, as I’ve been informed, “crime against Jews made up one in 500 of the total, while they make up around one in 86 of the population of Metropolitan London”. So it looks as if Maureen Lipman and those of like mind have rather less to worry about than they claim. Those figures have one message, and that is that it is actually less hazardous being Jewish in London.

Perhaps Ms Lipman is taking her cue from the statistics released by the Community Security Trust (CST). Their numbers are significantly higher than the Met’s, but then, if the environment is scarier, the CST is likely to garner more business. So, as to their figures, as Private Eye might have put it, “I wonder if the two are in any way related? I think we should be told”.

Netenyahu is another of what Robin Day so memorably, and correctly, called “here today and gone tomorrow politicians”. Right now, he is contemplating the prospect of “tomorrow” coming ever closer. That is all.
Posted by Tim Fenton at 13:10

I'm afraid that while I agree with the general gist of this blogpost; Netenyahu is indeed an opportunistic slimeball, and Melanie Phillips is indeed an embarrassment, I have to take issue with your feeling that anti-semitism in the uk isn't as bad as the CST says or that it might not increase from now on because of the extra protection/quietening of the Gaza conflict. For one thing, most antisemites I've met don't really care about Palestine either, they just use the I/P conflict as an excuse to bash jews. If not that, then they'll find another reason. For another - I feel that saying it's not *that* bad because there are less crimes compared to other minority groups is inadvertently offensive (ie; it doesn't matter that my neighbour is getting robbed thrice as much a month and I'm only getting robbed twice as much - we're both still getting robbed more and comparing the two doesn't feel right), and also misses the fact that there's a lot more under-reporting of hate crimes these days. Save for the nonviolent ones, it feels like the rise in antisemitism has just become 'a part of life'. It's hard to even point to some things and say 'that was antisemitic, I wish to report it', because the incidents aren't violent - they're microaggressions. Over the past half a decade to a decade or so, though, they happen with increasing regularity.

In my personal experience the climate of anti-semitism has shifted, and it's very much on the rise. It's (thankfully) just not as violent or overt as France or Belgium or other places on the mainland. (A large part of that is the way that Britain deals with multiculturism and racism compared to other European countries, imo, but that is a discussion for another day). I've known people have to remove all overt signs of their jewishness in the workplace, being spat at, kids at uni for the first time being harrassed by so called "progressive" activist groups...antisemitism has become more acceptable, or at least harder to call out these days, because somehow it's become a blind spot for leftist and progressives - the people most likely to take a stand against racism of any other kind, tend to be the ones who foster antisemitism without even realising it. Look at the recent Goldsmiths saga for example.

While this doesn't mean that more british jewish families are planning to make aaliyah (again, unlike France or the mainland, it's just not a very Brit thing), or that Netenyahu's calucated rantings should be taken seriously, it doesn't mean that we shouldn't also be panicking, or at the very least being extremely worried at the direction society is moving in.

73.8% of all stats are proven to be crap* so I wouldn't put any faith in any of them. Eg the Mets crimes against Jews, is that targeted crimes based on religion or does it include when someone has his new smartphone snatched out of his hand in the street and he happens to be Jewish?

The sad bottom line here is Netenyahu's message which can be summarised as "give in, run away!".

Or if combined with his other policies, "give in, run away, come here, give us excuse to do similar to others".


* I made that bit up but if I hadn't admitted to it many would have believed me!