London Underline - Having A Laugh

As the saying goes, you can’t fool all of the people all of the time. But Gensler, which calls itself “the world’s leading collaborative design firm”, has come pretty damn close with its proposal for what it has dubbed the “London Underline”. This is “an award-winning plan to convert disused London Underground routes into subterranean cycleways and pedestrian routes”. And what “disused London Underground routes” would these be? 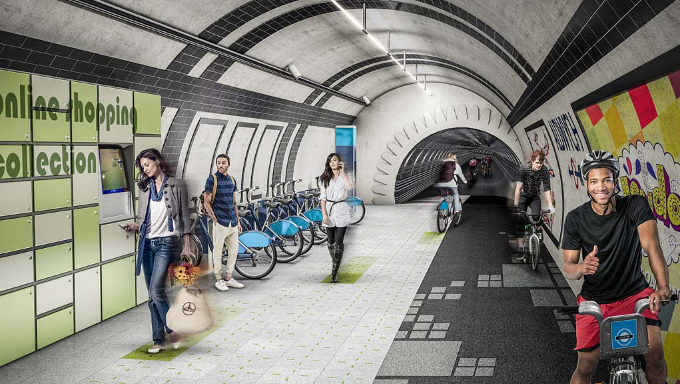 Ah well. Here we encounter the first of many clues that most of the press - hello, Evening Standard, i and Daily Mail, I’m looking at you - should have heard their bullshit detectors ringing long and loud. There is, in central London, only one potential route, and that is the long-closed branch of the Piccadilly Line from Aldwych to Holborn. Even then, it’s not a remotely credible use of the tunnels.

Gensler’s artist’s impression goes wrong at the start: there is no way a Tube size tunnel would yield as much room as they show. Those tunnels are little bigger than the trains that ran through them. Those wanting to access the tunnels would have exclusive use of just one location - at Aldwych. That would be constrained by the capacity of the lifts. At the other end, it would mean joining the existing commuter crush at Holborn. 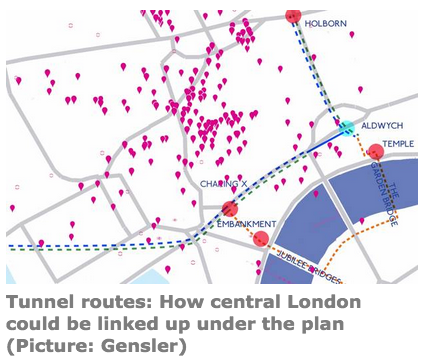 Doesn’t sound so appealing now, does it? And the already stretched credibility of this idea soon snaps with the idea of connecting Aldwych to Charing Cross.

There isn’t a tunnel between Aldwych and Charing Cross.

That only leaves Charing Cross to Green Park: the Jubilee Line branch that was abandoned when the extension via Westminster eastwards was opened. But here, too, Gensler have failed to do their homework.

The disused tunnels do not go all the way to Green Park.

That’s right: they go only as far as the junction with the present route of the Jubilee Line. Fancy cycling along a tunnel dodging Tube trains belting along at up to 60mph every couple of minutes? Thought not. 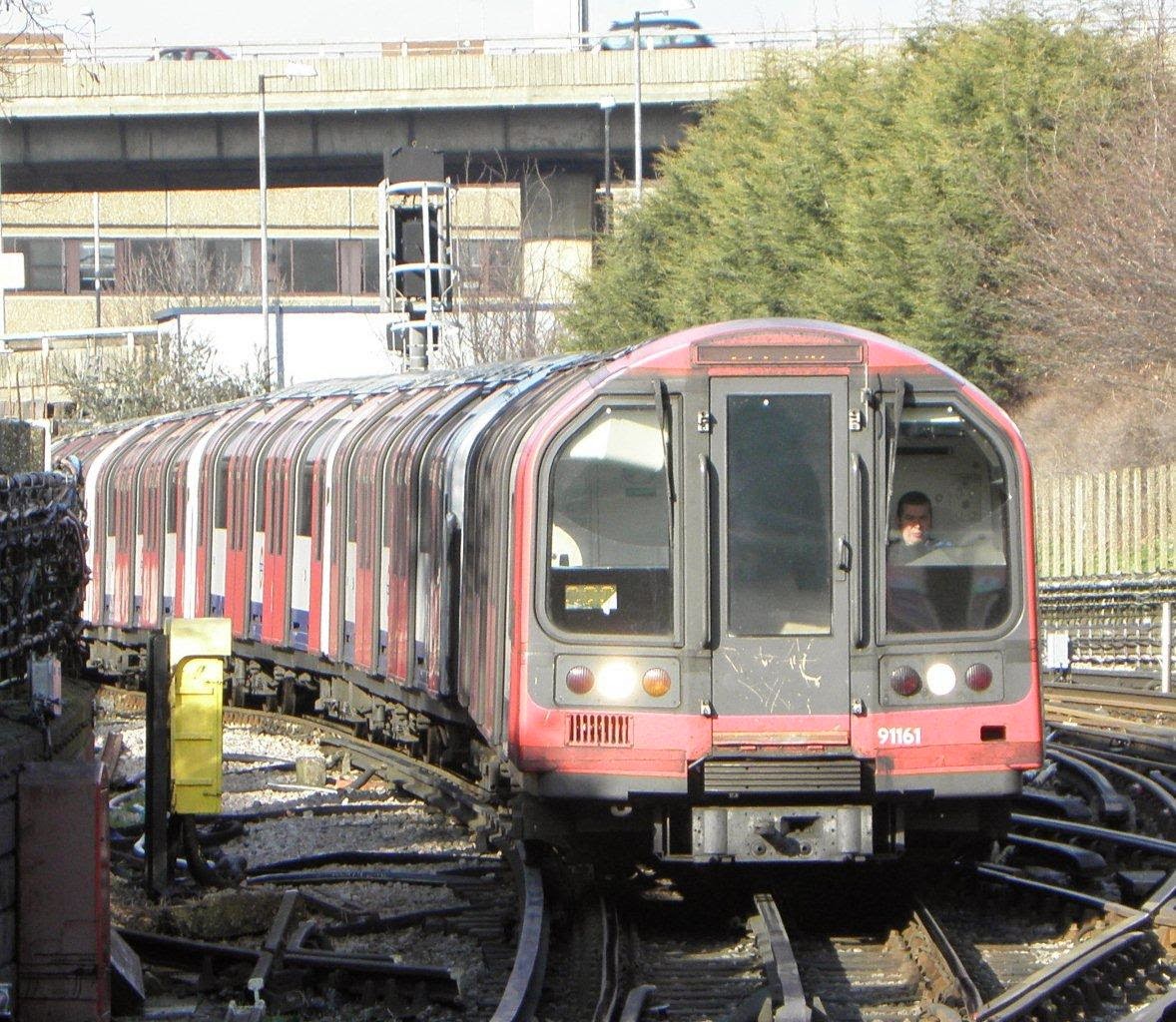 A Tube size train - the tunnels aren't much bigger

The flimsy nature of Gensler’s case also includes other suggested routes, which you can see on the accompanying map. One of these, just to show that all that collaborative design is right up-to-date, includes the proposed Garden Bridge. But here another problem enters.

The Garden Bridge will not allow cyclists.

Back at those disused Tube tunnels, another not-so-trivial detail appears to have been forgotten during the surge of creativity that excreted this hot and steaming pile, and that is that the tunnels will need ventilation. But the usual means of doing that would be missing.

Tube tunnels need Tube trains running through them in order to ventilate them.

But, you may say, Gensler’s London Underline “project has won the award for Best Conceptual Project at the London Planning Awards, hosted by the Mayor of London Boris Johnson”. Best bullshit project, more like. This idea is not remotely credible. Had anyone involved with it actually paused to engage brain, and perhaps take radical action like, oh I dunno, actually asking someone with a little knowledge of the Tube beforehand, all that time and money would not have been wasted.

And, worst of all, we have a credulous press, churning over this baloney as if it had a greater than zero possibility of becoming reality. The only paper to call out the London Underline for the turkey it is has been the Guardian, where Feargus O’Sullivan concluded “the Underline is about as practical a way of clearing the roads as buying every Londoner their own miniature zeppelin”. He’s good on the understatement.

You hear that gurgling, Gensler people? That’s your credibility going down the plughole.
Posted by Tim Fenton at 10:44

there is also the issue that disued railways in London are often merely resting and spring back into life some years later as part of bigger projects, such as the Connaught Tunnel in Docklands now emerging as part of Crossrail.

But what about MailRail? Have Gensler overlooked that? True the headroom may not be good but a tunnel's a tunnel lads!!

The Aldwych-Holborn tunnel may be closed to the public but it still very much in use. It is used by the maintenance gangs at night for storage, transport of personnel etc. Aldwych Station is a very popular venue for filming. A member of staff once told me a very well known pop artiste was down there making a pop vidoe: He had been dancing around on the rails for a few minutes when they realised thay hadn't turned the current off!!!!!!

there is a tunnel from Aldwych to Charing Cross, as it happens

The reason Aldwych station was closed was the age of the lifts and how much it would cost to renew them with the low passenger numbers. The lifts were bolted in place (or possibly welded) and the cables were then cut.