Those prepared to defend the apparently doomed Durham Free School, condemned by a recent Ofsted report as “inadequate” across the board, are not limited to the conspiracy theorists at the Daily Mail: over at the Spectator, readers were asked yesterday “Will Nicky Morgan admit she may have been wrong about Durham Free School?” in a post by one Dennis Sewell. He clearly believes the inspectors have got it wrong. 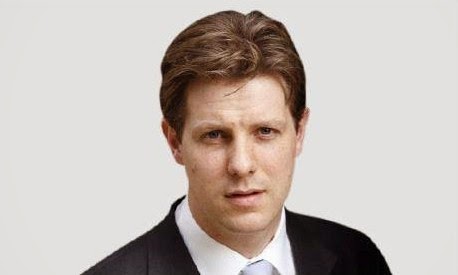 Some of those readers may find Sewell’s name unfamiliar: much of their diet of Free School cheerleading comes from the loathsome Toby Young, telling the world how very wonderful his own West London Free School is, honestly. Sewell certainly mounts a spirited defence: the school had submitted “a detailed explanation of why the DfE’s threat to close the school is unfair, disproportionate and wrongheaded. The academy trust has also served notice that it may apply for judicial review”.

Moreover, “A critique of Ofsted’s behaviour throughout this affair has also been drawn up, saying that the chief inspector, Sir Michael Wilshaw, may have misled a commons committee”. That is not only fighting talk, it raises the prospect of serious allegations being levelled at Ofsted - and the Education Secretary.

However, and here we encounter a significantly sized however, Dennis Sewell is not the disinterested presence that the Spectator, by omitting any sign of his own particular interest in this area, might like its readers to believe. Not only is Sewell heavily involved in his own Free School initiative, his recent participation in this area has not been without controversy - and serious adverse comment on the spending of taxpayer funds.

Last year, it was revealed that part of the Brixton Hill campus of Lambeth College was to be redeveloped as a “Catholic ethos” Free School. The Trinity Academy London began its six-week consultation period “without any notable announcement”. It was intended to admit 120 pupils last September. But one councillor asserted “Trinity is not needed or wanted by the council, the Catholic diocese or existing local schools”. No shortage of places.

And so it came to pass that Trinity Academy obtained its premises after the not insignificant sum of £18 million - that’s £18 million of our money, Free School fans - was paid over, and it did indeed open in September 2014. But only 18 pupils were admitted at that time. That gives the impression of yet another needless and very large waste of money - at a time when budgets are under ever-greater pressure.

Who is the chair of Trinity Academy Ltd., which oversees this act of publicly-funded largesse? Why, none other than Dennis Sewell! Small wonder he’s so ready to defend Christian ethos Free Schools in the Spectator, and no doubt anywhere else he can find a platform. Why were readers not told of his interest? Ah well. Fraser Nelson has significant previous in defending the least defensible Free School experiments.

Meanwhile, the Free Schools programme is even more than £1 billion over budget.
Posted by Tim Fenton at 10:15

If Durham Free School and Dennis Sewell think they've found the answer to their prayers in Prof James Tooley, they are in for a shock. Frying pan -> fire I reckon.