Karen Danczuk - Me ME MEEE!

The lengths to which fringe politicians will go - and, it seems, the depths to which they will sink - in order to score a little self publicity knows no bounds, even far away from the Westminster bubble in the town of Rochdale. Here, local councillor Karen Danczuk, wife of the local Labour MP who definitely isn’t thinking of jumping ship to UKIP, honestly, has started a row for the apparent benefit of Herself Personally Now. 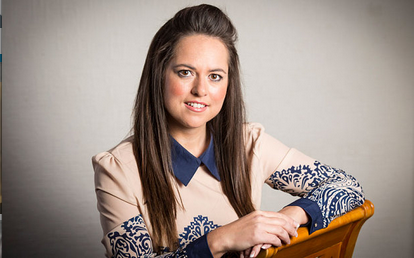 Ms Danczuk has let it be known that, back at the 2007 Labour conference, she asked the party’s current deputy leader Harriet Harman if she could get a photo with her. She then alleged that Ms Harman told her, after being informed that she was a party activist, that she “was far too pretty to be interested in politics and should be in Girls Aloud”. However, and here we encounter a significantly sized however, this does not ring true. 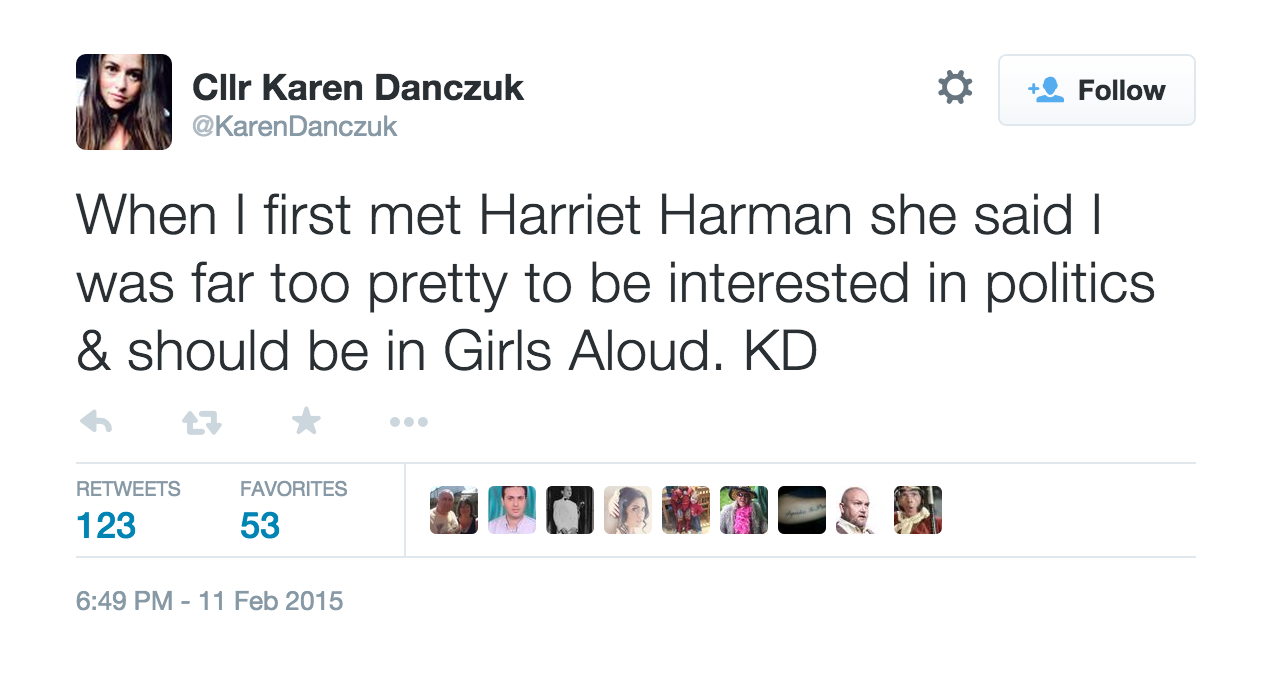 Anyone who has encountered Harriet Harman will take one look at that remark and shake their head in disbelief. No-one will be surprised that the MP for Camberwell and Peckham has denied saying any such thing. Of course, Ms Danczuk may just have misheard Ms Harman’s reply, but there would have been no self-publicity value in that. So it was that she went on Iain Dale’s LBC show and said she’d been called a liar, which she had not. 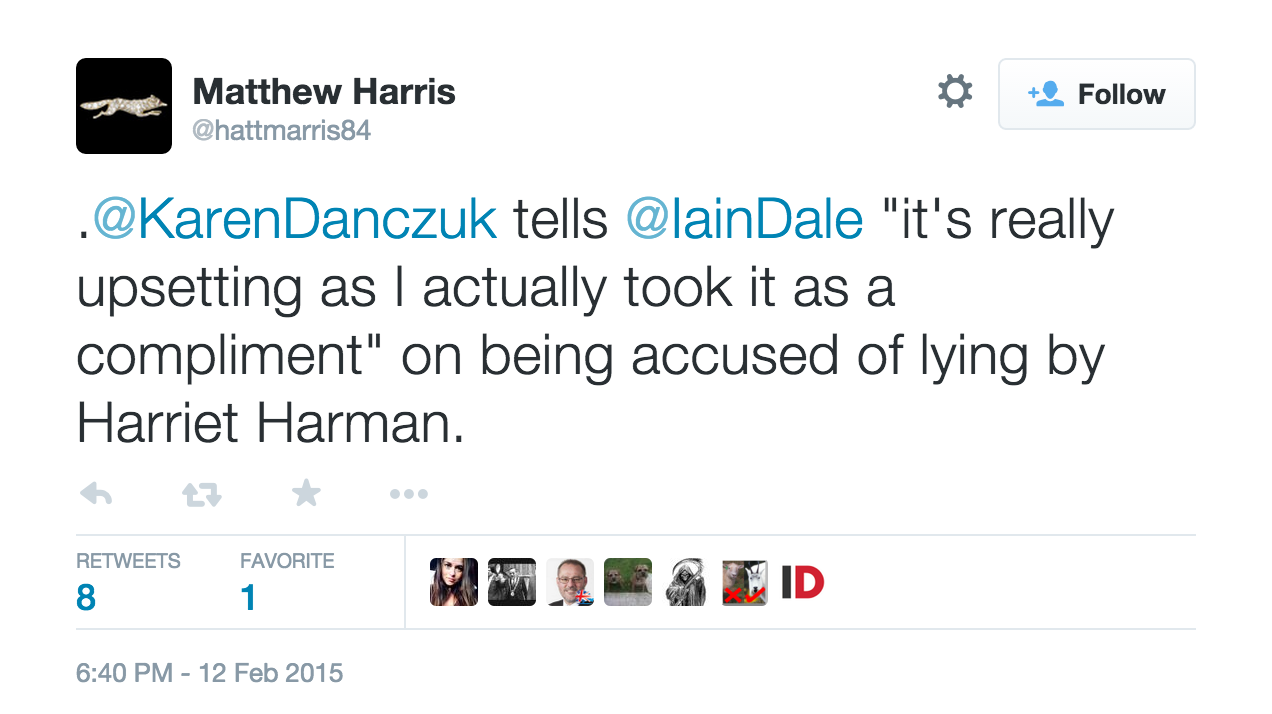 Executive Producer Matt Harris chronicled the series of “look at me” moments, starting with “it's really upsetting as I actually took it as a compliment” and continuing with “I've always been really supportive but now I'm being branded a liar … I think Harriet should apologise because she's really upset me”. Harriet will have better things to do. 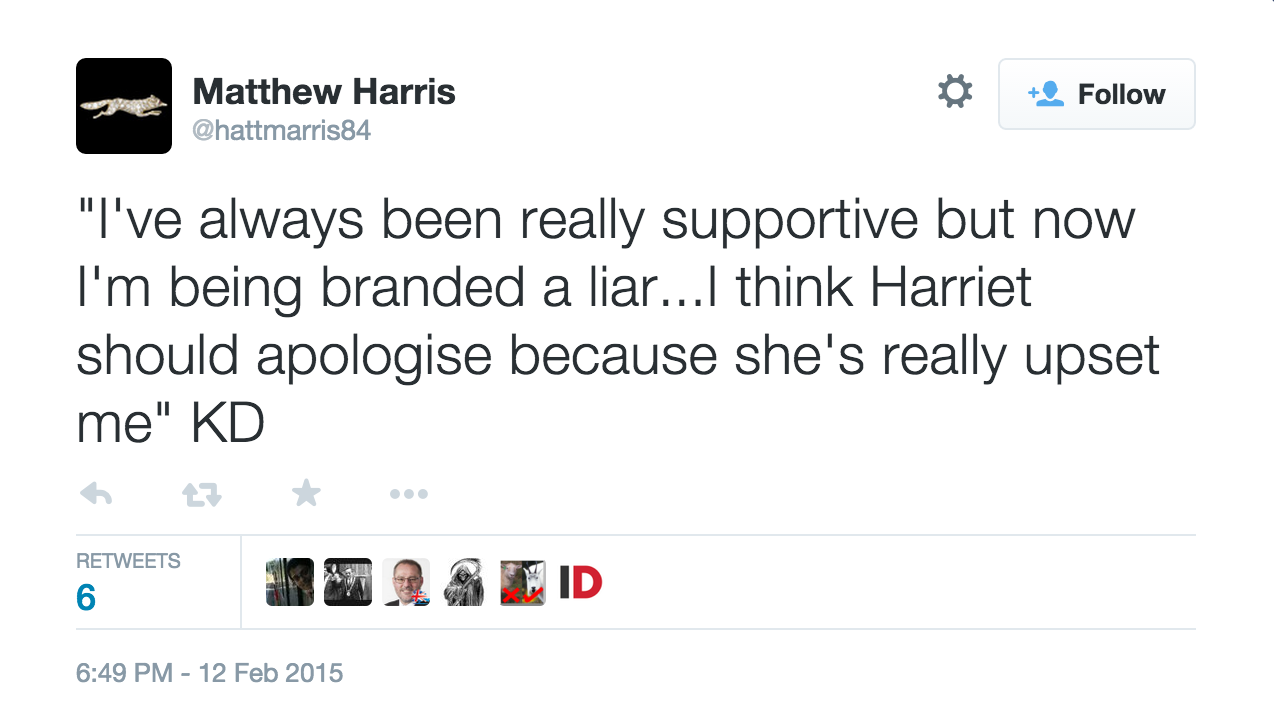 That thought may have occurred to Ms Danczuk, who wound herself up another notch: “I don't want it being a massive public spat..the more she calls me a liar the more I wont let this drop”. She’s not called anyone a liar even once, so no need for a public spat of any kind. But on she droned: “I think Harriet should apologise, she's really upset me”. And she “might escalate [the] row”. Is there any point in this? 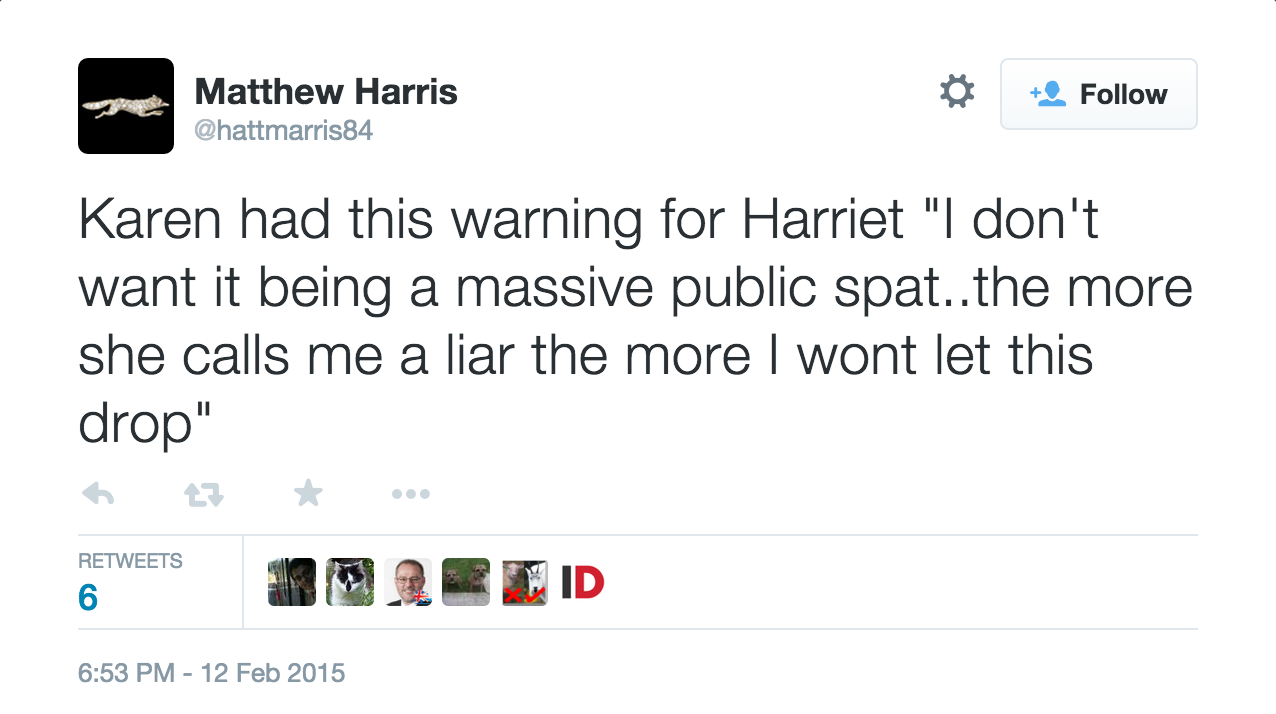 Well, for self-publicity purposes, there is, and one look at Mail Online shows that Ms Danczuk is adept at working the media to her benefit, telling not only about what Ms Harman allegedly said to her, but also that Nigel “Thirsty” Farage and his fellow saloon bar propper-uppers are really, really desperate for her to join them. “The Rochdale councillor has revealed the behind-the-scenes bid to get her to switch. She told MailOnline: 'I'm not joining Ukip, but they are desperately trying’”.

The thought enters that some Labour activists are reading that and saying “fine, shove off then”, or something yet more forthright. Ms Danczuk has got no change out of Harriet Harman, and by carrying on in public, she is most unlikely to. So much of her publicity is dedicated towards increasing the visibility of Herself Personally Now that this just looks like more of the same. And the potential audience is now getting bored.

Your fifteen minutes are up, Karen. Yes, there goes Karen Danczuk, on her way … out.
Posted by Tim Fenton at 17:30

The thought accurs that Ms Harman, faced with this dippy idiot could think of nothing kinder to say than that she was suitlable to be part of a girl band.

Fascinating insight here into the domestic relationships of a Labour MP, his former wife, and a Councillor:-