This lunchtime, Zelo Street attended the Houses of Parliament, where campaigning group Hacked Off  were holding a lobby event. As this had been significantly over-subscribed, it was moved to Committee Room 14, where Evan Harris was in the chair. Much appreciation was indicated for the views expressed. Then, one particular example of media misbehaviour was mentioned, and its author, sitting in the audience, was not a happy bunny. 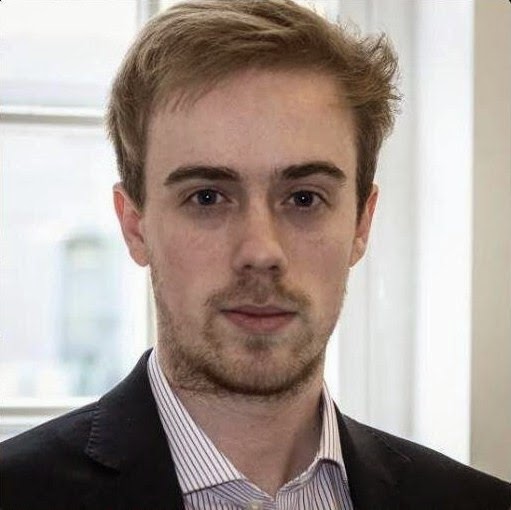 
Drawing attention to himself in no style at all was Alex "Billy Liar" Wickham, newly anointed teaboy to the perpetually thirsty Paul Staines at the Guido Fawkes blog. As the example of his handiwork was read out from the chair, he retorted loudly "it was a direct quote". Evan Harris requested that he stand and identify himself. This he refused to do, but then stood up and began to make his own address.

After the chair pointed out to him that he had his own megaphone, and was not being given another, Wickham eventually sat down, but not before one highly sound audience member, who had seen me arrive, told him where he got off, including a tea-making reference for good measure. The gobby teaboy, an appallingly immodest being with much to be modest about, then sat in surly silence and Tweeted his revenge (yawn).

Wickham was observed Tweeting furiously, and appeared to be working two accounts. But the sight of speakers lining up to defend press freedom, while also calling for accountability, was all too much for the poor dear. Before long, a still sulking teaboy made a swift yet low key exit, and no-one was inclined to stop him. After all, Hacked Off have better things to do than waste their time with those whose agenda is pre-determined and hostile.

I'm told that a suitably creative account of the meeting has been posted by the Fawkes rabble. This is to be expected, and no doubt their press pals will give this particular convocation of attack poodles plenty of biscuits in reward. But it will affect the campaign for a free and accountable press not one jot. While the Fawkes blog may congratulate itself on being able to book one ticket on EventBrite, Wickham's appearance was a failure.

Nobody there was rallied to the Fawkes blog's standard. All that happened was that this singularly unsavoury individual proved Hacked Off's case for them, and in spades. Perhaps the Fawkes rabble want to give a "Millwall" impression to everyone - everyone hates them, they don't care. Instead, everyone can't be fussed with hating them, because it is the same everyone who doesn't care.

This was the first time that Wickham has passed before my inspection, and it has to be said that he is down to the standard one expects from the Fawkes folks. A sense of entitlement, but nothing with which to effect the purchase. An intolerance of other points of view. A totally absent sense of humour. A surly, puerile, gobshite with nothing to back up the noise. So ideal tabloid fodder, then.

Meanwhile, in the real world, Hacked Off keeps on campaigning - unaffected.
Posted by Tim Fenton at 18:02

Oh, a storm is threat'ning
Guido's on the warpath today
If he don't get some good copy
Oh yeah, he's gonna fake the play

Wickers of Guido, he just tweets away
It's just a tweet astray
Laugh, people, it's just The Sun at play
One of their twit's astray

Ooh, see the fire is sweepin'
Our House of Commons today
Burns like the red plush carpet
Mad bull he has lost his way

Wickers of Guido, he just tweets away
Just another tweet affray
Laugh, people, it's just a child at play
He's just a twit astray, yeah, yeah!

Peter Jukes had a bit of fun with the lad. Here's my contemporaneous tweet:

@jamesdoleman @peterjukes @WikiGuido Classic from the tea lad: "A big boy did it and ran away"

I love him, (the little tea boy) he's a darling and provides endless hours of entertainment. Strangely, I imagine him wearing a fluffy, little tutu during the flounce.

Is this same AW?