April 15, 1989: like today, a sunny spring day, but unlike today, a Saturday at a time when most football matches were played at weekends. I’d been at work, as was sometimes necessary, but had finished in time, so I thought, to get home and keep track of the FA Cup semi-final between Liverpool and Nottingham Forest. Arriving back at around 1530 hours, I switched on the TV. 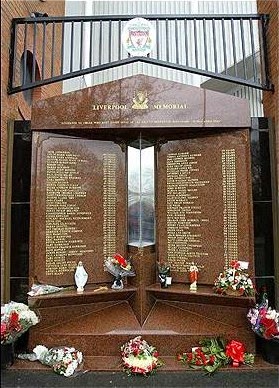 There were people on the pitch, but it was far from being all over: what was happening at Sheffield Wednesday’s Hillsborough ground was only just becoming horribly clear. The match had kicked off on time at 1500 hours, despite many fans not having entered the ground, but six minutes later play was called off. The crush at the Leppings Lane end – filled with Liverpool fans – was causing concern.

What it must have been like for players like Alan Hansen to discover the awful truth does not bear thinking about: “two fans ran onto the pitch and I went to them right away because I was worried they would get us, the club, into trouble for being there. One of them just looked at me, and he had a real sadness in his eyes, and he said, 'Alan, there are people dying in there'”.

Football grounds were often of a totally different standard to what is the norm today: most fans stood to watch the action, and terraces were routinely overcrowded. Police saw their job as just getting away fans into the ground and then back to their coaches, or to the station, as quickly as possible and with the minimum of violence. Hooliganism was also far more prevalent at the time.

Fatal incidents were not unknown: a crush at Ranger’s Ibrox stadium had killed 66 in 1971, and in 1985, a fire at Bradford City’s Valley Parade ground had killed 56. Many grounds were in a poor state, and, sadly, Hillsborough was one of them. In 1989, it had no valid safety certificate. There had been serious overcrowding on more than one occasion when the ground had been used for FA Cup semi-finals.

The fatal crush has been well documented, but what came afterwards made matters so much worse: 44 ambulances turned up at the ground, but only one was allowed on the pitch, the Police dissembled in order to shift blame on to Liverpool fans, and then the Murdoch Sun ran its infamous front page, for which Kelvin MacKenzie waited until 2012 to finally apologise.

It has taken a quarter of a century to get new inquests into the 96 deaths, during which time the reputation of the people of Liverpool has been repeatedly and gleefully trashed by many in the London-centric media. What is finally waking them all up is that Hillsborough could have happened to any other club and its supporters. The dead were just ordinary people. And we should not forget that.

Please remember them all at 1506 hours today. So they’ll never walk alone.
Posted by Tim Fenton at 13:07

Kelvin MacKenzie has rather twisted and turned over this matter of an apology, hasn't he? He apologised with Rupert Murdoch's dagger in the small of his back in 1989 after sales of the Sun slumped on Merseyside. Then in 2006 he withdrew his apology, pointing out he'd been made to apologise. Then, as you say, Tim, he apologised again in 2012. Who knows, perhaps one day he'll work out whether he's actually sorry or not.

Let us not forget The S*n's disingenuous 'apology' from 2004 when they told the families 'It is time to move on'
Thankfully they didn't.