One year ago today, former Prime Minister Margaret Thatcher passed at the age of 87 (you can read my take on that right HERE). Even before her death, and moreso since, the unchallenged keeper of her memory has been Maily Telegraph pundit and former editor Charles Moore (Eton and Trinity College, Cambridge), whose volumes of biography remain a work in progress. 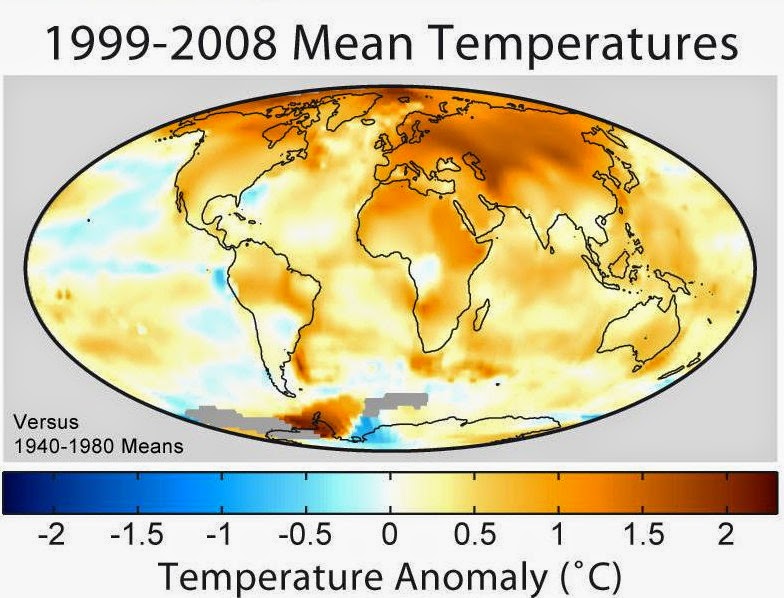 Those wanting to preserve the memory, and in some cases the mystique, of the Thatcher years might be thought to want Moore to in turn preserve his credibility by keeping his undoubtedly intelligent perspectives away from the political and ideological fringe. What they will make of his unquestioning embrace of climate change denial in the Telegraph yesterday is anyone’s guess.

“The game is up for climate change believers” proclaims the headline, as Moore introduces a new book by Rupert Darwall, who is described as a “historian”, although his work appears only to have been approved by the likes of the Heartland Institute and the Centre for Policy Studies. Moore then demonstrates a crashing ignorance of the most basic aspects of climate change study.

“Most of us pay some attention to the weather forecast. If it says it will rain in your area tomorrow, it probably will. But if it says the same for a month, let alone a year, later, it is much less likely to be right ... The theory of global warming is a gigantic weather forecast for a century or more. However interesting the scientific inquiries involved, therefore, it can have almost no value as a prediction” tells Moore.

The study of climate change is most certainly not a “theory” that is a “gigantic weather forecast”. And Moore does not help his cause when he resorts so easily to pejorative language such as “warmists ... warmism ... anti-industrial nature worship” and the screamingly batshit “belief in world Government”. Then he says we should “look over there” at those who are depending on mere faith for their position.

“Rupert Darwall is not a scientist. He is a wonderfully lucid historian of intellectual and political movements, which is just the job to explain what has been inflicted on us over the past 30 years or so in the name of saving the planet” says Moore, allying himself with the Christopher Booker and James “saviour of Western civilisation” Delingpole idea that one need merely be an interpreter of favourable interpretations.

One should not be surprised at this drivel. Moore has already given his uncritical approval to the writings of Nigel Lawson, and for the same reason: he was Chancellor of the Exchequer, and so he is an authority on anything else. Allied to this is the implicit assumption that clever people peddling snake oil and keeping as many others as ignorant as possible is jolly good sport, and is to be commended.

There goes Charles Moore’s credibility. On the way ... out.
Posted by Tim Fenton at 17:26

"There goes Charles Moore’s credibility. On the way ... out."

I am not sure he had much credibility in the first place - based on a non scientific opinion of course.

I did laugh at the Daily Kos takedown of Darwall: Rupert Darwall, we find, "read economics and history at Cambridge." Very prestigious school, of course, but conspicuous by its absence is any formal training in science in general, let alone environmental science. In fact, he was a conservative polemicist and a businessman--"after which he worked at the Conservative Research Department and then in the City as an investment analyst and in corporate finance."

May I ask why, in the sentence: "The study of climate change is most certainly not a “theory” that is a “gigantic weather forecast”." you placed the word theory in quotation marks?