There has been one silver lining in the cloud of confusion that has hovered over the Tory Party for the past week: as Young Dave has stood by Maria Miller, defending her against all comers, and then been shown to have got it spectacularly wrong, as her pal Mary MacLeod imploded yesterday afternoon live on air, someone has been making calls that have been even worse. And fortunately for Cameron, that person is not only no longer anywhere near being in power, her antics are easily deniable by any right-thinking Tory: step forward former MP Louise Mensch, now representing the distant constituency of Manhattan Upmarket, who, it should be remembered, leapt to Ms Miller’s defence and thereby cursed her and brought her departure that much nearer. 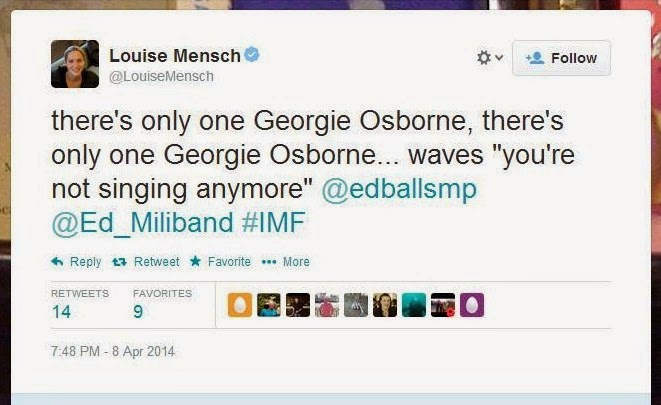 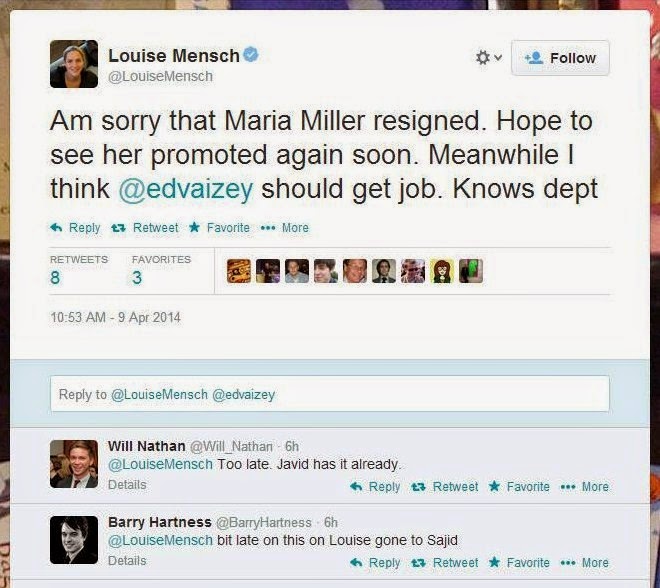 Having started off cursing her own party, the only direction had to be down. “Am sorry that Maria Miller resigned. Hope to see her promoted again soon. Meanwhile I think [Ed Vaizey] should get [the] job. Knows department”. But she was too late to lobby for “Royston” Vaizey, as Sajid Javid had already got the nod. This news was relaid to her. It had no initial effect. 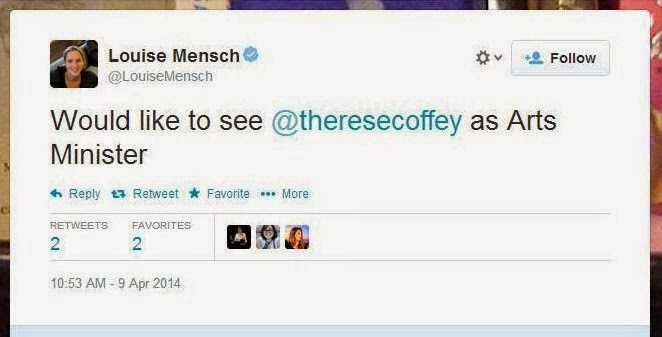 Instead, having made one wrong call, Ms Mensch promptly made another. “Would like to see [Therese Coffey] as Arts Minister” she opined, missing the “media” and “sport” parts of the title. Once again she was told that the post had already been taken. So obviously she would be disappointed. 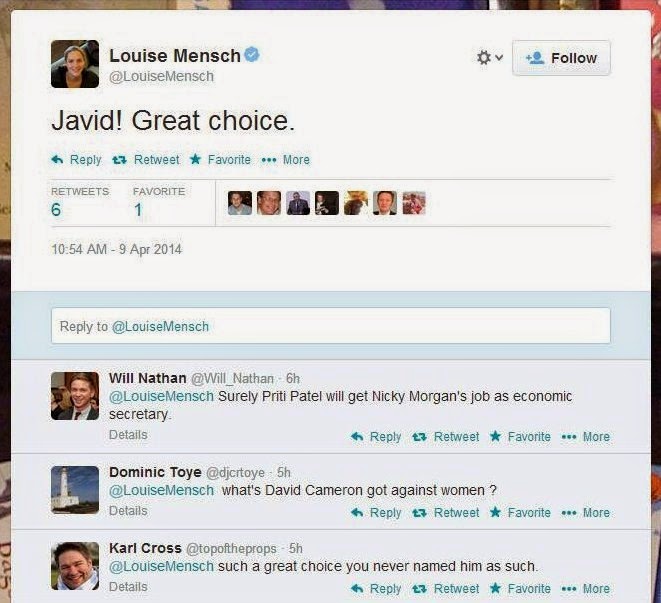 Not a bit of it. “Javid! Great choice” she decided, proceeding to Retweet anything that told how Javid’s father had arrived in the UK with no more than a pound note in his pocket, and that he was both British and Muslim. Thus Ms Mensch established her credentials as an inclusive Tory. Sadly, though, another wrong call was not too far away, as she cheered on another appointee. 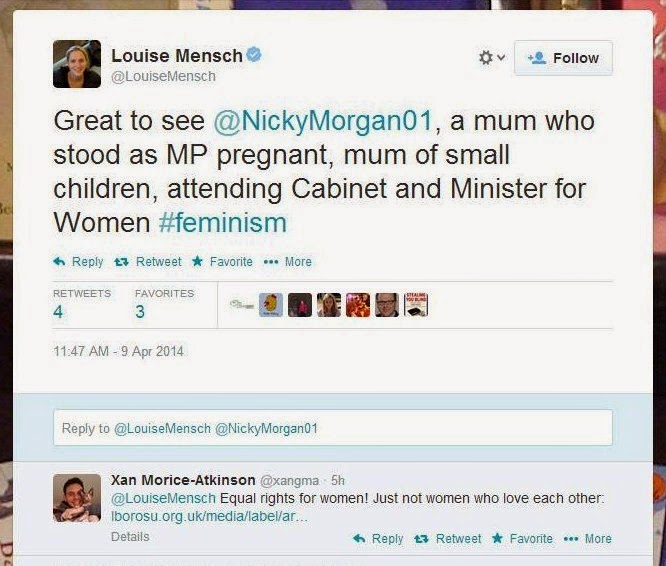 “Great to see [Nicky Morgan], a woman who stood for MP [while] pregnant, mum of small children, attending Cabinet and Minister for Women #feminism” came the Tweet. SHE’S ANTI-CHOICE AND VOTED AGAINST SAME-SEX MARRIAGE. So that’s “For Some Value Of Feminism”, then. But good to see someone doing the inadvertent comedy turn to lighten Cameron’s day.

Does anyone still believe that stupid people can never get into Oxford University? Let Louise Mensch prove you wrong. In spades.
Posted by Tim Fenton at 17:36