As predicted by Andrew “transcription error” Gilligan, last night’s Panorama investigation into Tower Hamlets’ elected Mayor Lutfur Rahman caused clear discomfort to its target and his supporters, but was noticeable not for what it copied from Gilligan’s dirt-digging nudge-nudgery, but for what it did not. And Bozza’s happy cheerleader may not have been keen on the obvious Johnson parallels. 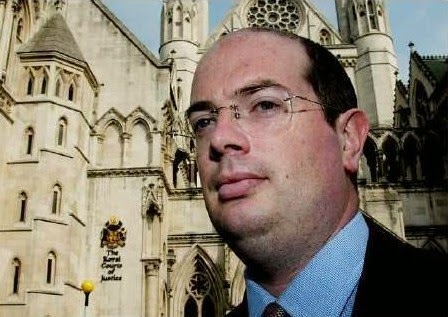 Although reporter John Ware homed in on just over £2 million of grants awarded to a number of organisations, many of which were part of the Bengali community within the Borough, and made suggestions that Rahman was insufficiently transparent in his dealings, there were no Muslim scare stories, no mention of selling Poplar Town Hall, and nothing on electoral malfeasance.

So much of the case put against Rahman last night revolves around those grants, which, as the Guardian’s Dave Hill has pointed out, are a tiny fraction of overall Council expenditure. What Gilligan may also find inconvenient is that Panorama took time to show Rahman’s achievements, and that those prepared to speak up for him are not all Bengalis. Then there was the Pickles intervention.

The circumferentially challenged Communities Secretary told that “I will be carefully examining the evidence provided by Panorama's thorough investigation and will consider the appropriate next steps, including the case for exercising the legal powers available to me”. Most likely that is more hot air. We former Bradford residents know Eric Pickles of old. He’s full of crap.

No, the impression given by last night’s Panorama – not that Gilligan will be admitting it any time soon – is that it is not difficult to look at Tower Hamlets and respond “Meh – look at what Bozza’s getting away with over at City Hall”. London’s occasional Mayor Alexander Boris de Pfeffel Johnson favouring his pals? There’s a sore point. And Andrew Gilligan is one of those favoured.

Would Mr Transcription Error like to compare £2.1 million of Tower Hamlets grants to the tens of millions sprayed up the wall on that cable car, or the bike scheme, or the potential £500 million plus extra cost of having a fleet of vanity buses with a second crew member to police their needless rear platform? And what about the West Kensington and Gibbs Green redevelopment stitch-up?

Only today news has emerged of Bozza’s pal “Fast” Eddie Lister behaving badly over the sale of land in Lambeth. And Gilligan is not the only Johnson pal to be bunged a taxpayer-funded sinecure. Oh, and I nearly forgot about more public funds being wasted shipping one of Bozza’s vanity buses around the world in a vain effort to drum up export sales, only for all the locals to laugh at it and say no thanks.

[UPDATE 2 April 1910 hours: Tower Hamlets Council for Voluntary Service (THCVS) has intervened in the debate following the Panorama programme to express its concern over the BBC's handling of one particular item in the broadcast.

THCVS points out that its CEO, Khadiru Mahdi, "declined repeatedly to take part or contribute in any way to the Panorama programme, a position that was endorsed by the Board".

Why should this matter? "As a charity, THCVS does not act in any way that may be deemed political". In the no-holds-barred world of Tower Hamlets politics, that is something that THCVS needs to stress. Perhaps Ware and his team will acknowledge their concern]
Posted by Tim Fenton at 17:06

You brush aside the fact that he has never attended a scrutiny committee, says that it's a breach of his human rights to have to answer questions (he's a elected official!).

You also don't mention the funding of channel S, where he gets such favourable coverage it's actually been reprimanded by Ofcome THREE times! Or his usage of the council weekly magazine.

Boris may be disagreeable, but he does not directly fund journalists or refuse to answer questions where there is a clear lack of transparency.

If only Andrew Gilligan, or whoever he got to leave that comment on his behalf, had the spine to post under their own names. Ho hum.

What ever politicians do, they need to attend and at least make up something for scrutiny panels even if it is to cover their dodgy dealings.

he attends scrutiny once a year and his cabinet member the others. as has always been the tradition in tower hamlets. this is a silly charge

Andrew Gilligan, sorry I mean Andrew “sockpuppeting” Gilligan, on the payroll of Boris Johnson may make some allegations about a Muslim Mayor? Its all a coincidence that these right wing journalists are duping the public with non-stories and poor inferences right before the elections?