Culture, Media and Sport Minister Maria Miller may well have over-claimed on Parliamentary expenses. Her advisor Joanna Hindley may also have leaned on the press rather heavily and with little subtlety. But she had Young Dave’s backing, and so, despite the urging from some less than principled parts of the press for the rozzers to go after her, all may have been well. 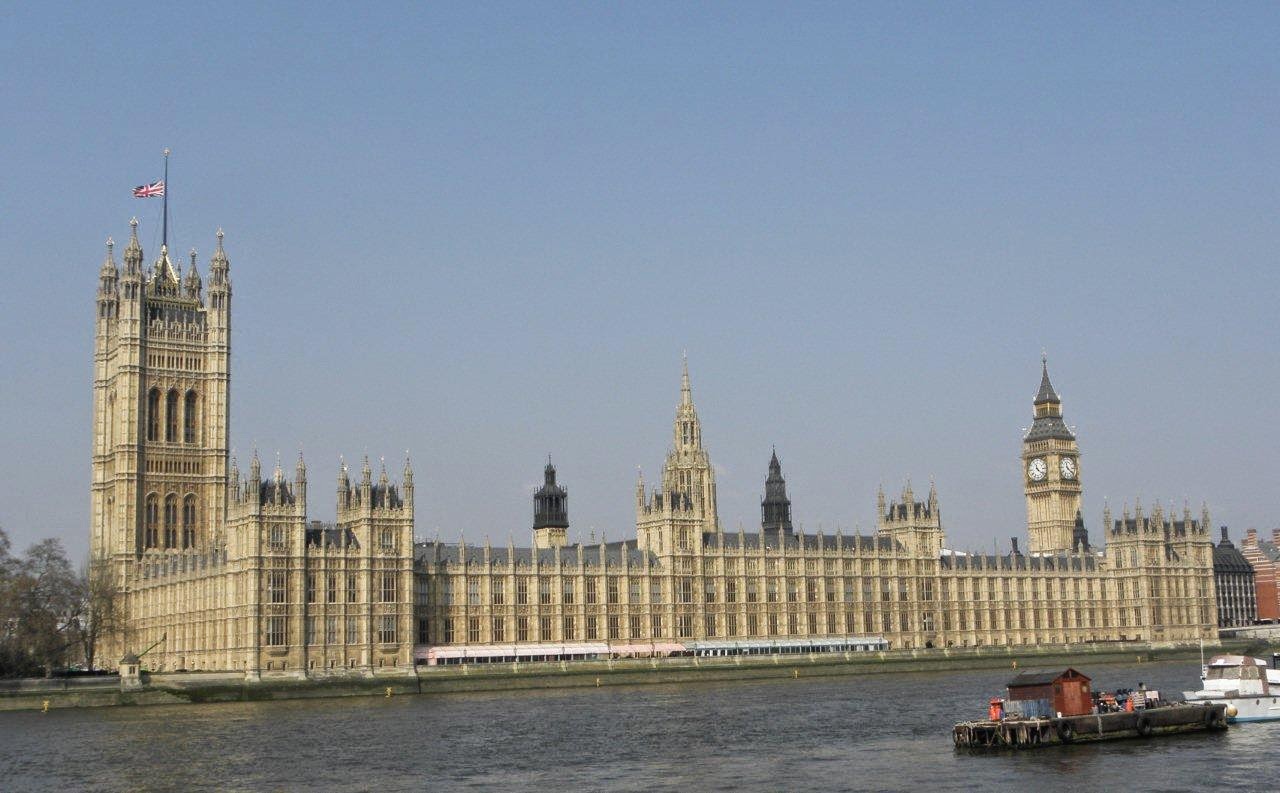 But then Ms Miller began to attract endorsements from other Tory MPs, and here a problem entered. There are some whose personal testimony is less useful than others. It was bad enough for the voters of Basingstoke to read that “The commissioner had found that she over-claimed by £45,000 for expenses towards mortgage interest payments and council tax”.

And for that to be followed with “But the committee, which comprises five Conservative MPs, four Labour MPs, one Lib Dem MP and three members of the public, decided that she needed to pay back just £5,800”. Anyone similarly over-claiming when in receipt of welfare benefits, or submitting an income tax return, might find getting £39,200 of it written off rather more challenging.

First, Cameron stepped in to give his cabinet colleague support: “she had been cleared of the main charge against her ... ‘I think we should leave it there’”. Then Therese Coffey, who said “Mrs Miller's elderly parents had been ‘doorstepped’ ... She said the adviser, Joanna Hindley, was suggesting that was inappropriate”. So far, so successful at muddying the waters.

Ms Coffey’s intervention is apparently typical of the feeling within the Commons that much of the attention given Ms Miller is down to her having had a role in translating the Leveson recommendations into the Royal Charter that was sealed last year, in the teeth of opposition from much of the press, some of it vicious and dishonest. But then a cloud appeared on the horizon. 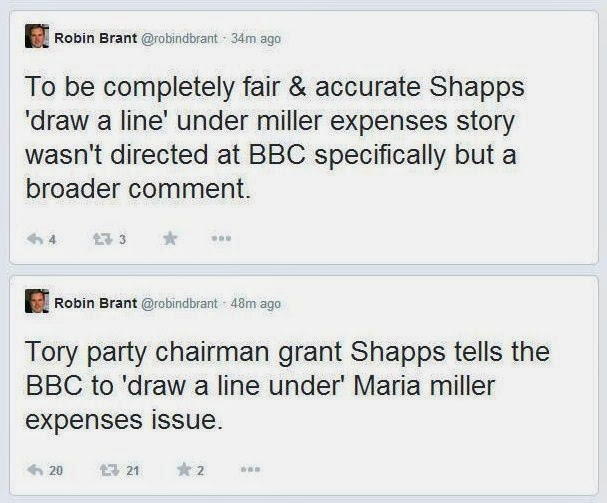 As Robin Brant has told, “Tory Party chairman Grant Shapps has told the BBC to ‘draw a line’ under [the] Maria Miller expenses issue” although he later clarified that to “wasn’t directed at [the] BBC specifically but a broader comment”. In any case, we know what happens to those who receive the endorsement of “Spiv” Shapps, as Maria Hutchings found out at the Eastleigh by-election.

Maria Miller might have thought she was out of the woods. Now, like a millstone around her neck comes the approval of Grant “Spiv” Shapps. She will fear the worst. Ah well, only a year before she has to face those pesky voters in Basingstoke, eh? Mustn’t grumble.
Posted by Tim Fenton at 14:48

It's not only Michael Green giving the last rites but La Mensch has pitched in too! (Although tweets seem to have disappeared from her time line?)

@donaldwmacleod @brianmoore666 @dlamb75 a very minor amount of money spread over many years and claimed in error."

Murdoch must be running out of his placed Ministers?