Gilligan Hoist By His Own Petard

As the succession of articles by Andrew “transcription error” Gilligan about supposed Islamist takeovers of schools in Birmingham has continued, this blog has suggested that he quits referring to reports of which he has “had a sight”, and actually show us the proverbial money. And, although I’m sure Gilligan wouldn’t dirty himself with looking in on Zelo Street, he has now done just that. 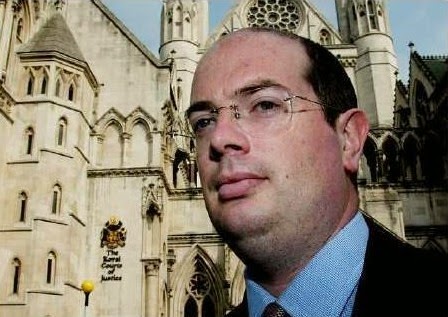 However, and in this case there is a significantly-sized however, Gilligan is, by his own admission, still not showing readers anything in its entirety, as these are “selected extracts”. And in one of the areas where he has been claiming illegality, he has been shown to have not told readers the whole story – the subject of gender segregation, which is a hot potato not just for Muslims.

Teaching male and female pupils separately has been practised for many years by Roman Catholics and even some ostensibly secular schools, especially those where there are boarders. It’s not the same as gender segregation within the same school, or the same classroom, but the distinction is not as great as Gilligan and his pals would like their readers to believe.

But back to the supposed plot: Gilligan has previously talked of “the so-called ‘Trojan Horse’ plot by extremists to ‘Islamise’ secular state education in Birmingham which has allegedly seen the illegal segregation of pupils” [my emphasis, note his use of quotation marks]. Also, “The report, disclosed in The Telegraph on Friday, accused Park View, Nansen and Golden Hillock of illegally segregating pupils”.

And what form did this segregation entail? “Girls at Park View and Golden Hillock were made to sit at the back of the class”. Now let’s look at what the report Gilligan chose to reproduce actually said (Paragraph 50).

Perhaps someone more familiar with the legal niceties can advise where the law is being broken here. What Gilligan has also managed not to let readers know is that Park Hill, a school where the vast majority of pupils are eligible for free school meals, has a five-subject GCSE A-C pass rate of around 75%. After all, this is supposed to be about children’s education. Isn’t it?

On top of that is the thought that, had the schools concerned remained under the control of the local authority ... Gilligan won’t be going there.
Posted by Tim Fenton at 13:07

Without wanting either to rule out or rule in the possibility that segregation is problematic in this school, it's worth noting that in my experience (as a parent) teachers may want to keep certain students under their eye at the front of the class. Boys more often seem to fall into this category.

Did you read the rest of the report you linked to at http://blogs.telegraph.co.uk/news/files/2014/04/dfe-doc-p10.jpg ?
Specifically, the last two sentences in paragraph 52?